Drangey is an island that rises up from the ocean and towers majestically in the middle of Skagafjordur in north Iceland. The island is mostly made of volcanic tuff from a seven hundred years old volcano. The cliffs of the island are very steep, about 180 meters high and it is only possible to climb up to the top at "the bay of Uppganga" or the Climbing Up Bay. Even though the route up to the top is very steep most visitors should be able to climb up there as there are ropes and chains to help. The island is visible from the road and from Reykir there is a great view over Drangey.

Drangey is uninhabited but there is a diverse birdlife there, although it is mostly blackbird species, like guillemot, auk, common murre and puffin. Other birds that can be found in the cliffs of Drangey are the black-legged kittiwake, fulmar, the raven and falcon. Abseiling has been practiced in the cliffs for centuries to hunt birds and picking eggs.

Icelanders of course have their own explanation for the formation of the island, but according to an old legend two trolls, Karl (male) and Kerling (female), were crossing the fjord with a cow in a tow. As they were walking they got caught in the morning sun and like many know sunlight turns trolls into stone. The trolls both turned into rocks immediately and the cow turned into Drangey island. The male rock disappeared long ago but the female rock is still there next to the island.

Many old legends are related to Drangey, and the best known is probably Grettis Saga written around the year 1300. Grettir was called Grettir the Strong, he was the strongest man in Iceland but also an outlaw for 20 years. He stayed in Drangey for three years with his brother Illugi and his slave Glaumur, until he was murdered there. There is a famous story about Grettir when he swam about 7 km from Drangey to the mainland in the cold ocean. He came up where it is called Reykir and warmed himself up in the hot pool that is still there, called Grettislaug. Today Icelanders call this famous swim Drangeyjarsund.

Day trips are offered to Drangey during the summer months and the trip takes about three to four hours. The tour departs daily from Reykir on Reykjastrond. 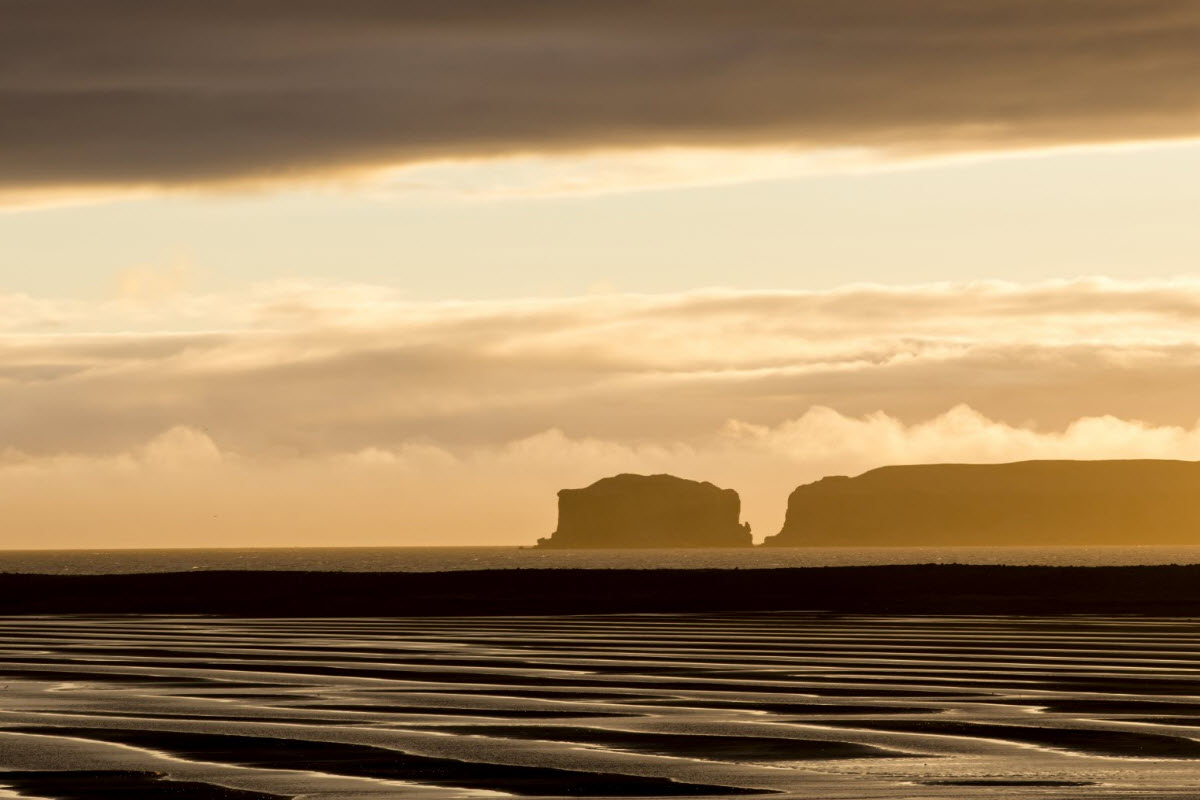 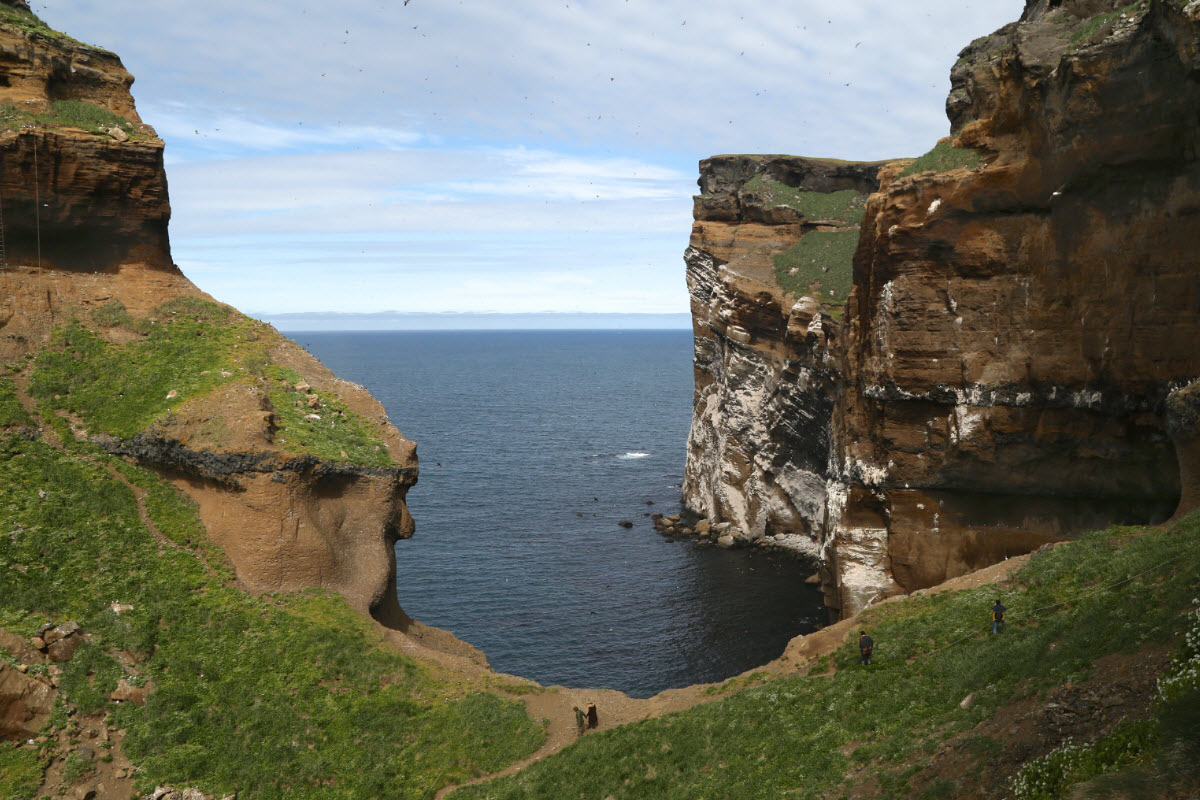 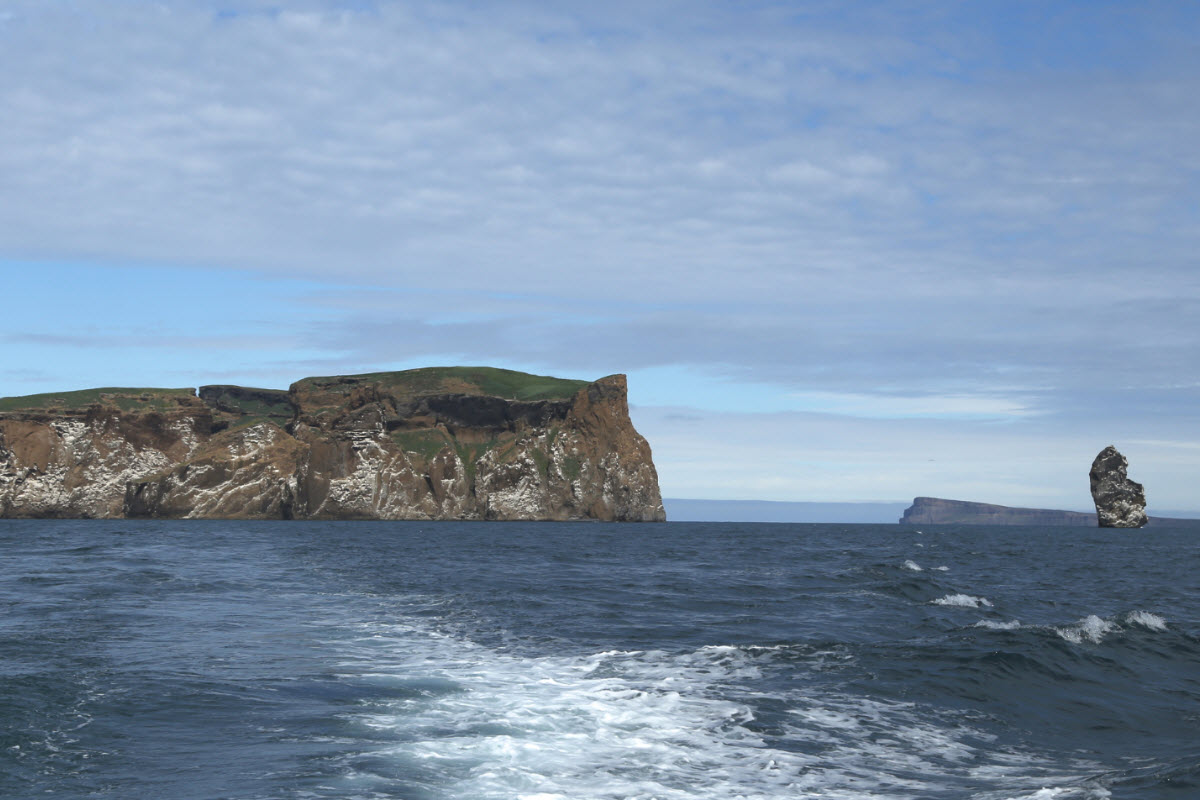 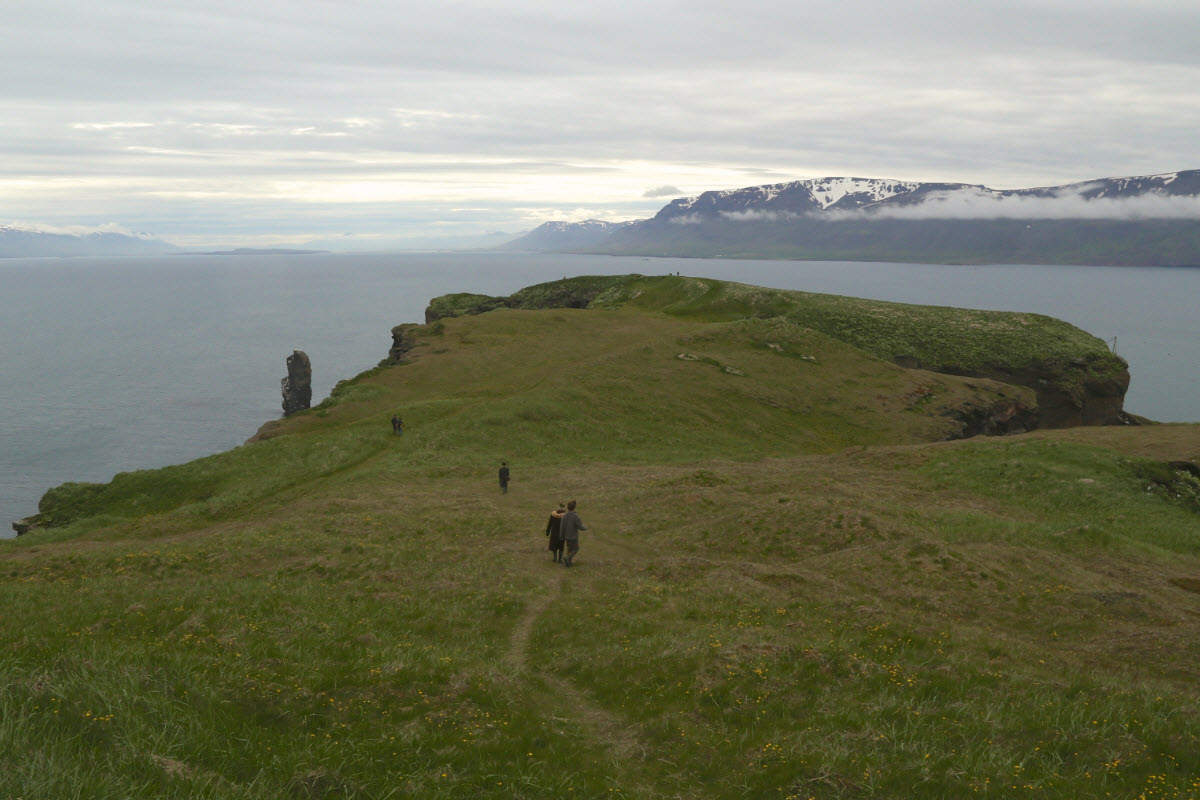 The view from Drangey island over Skagadjordur in north Iceland

Accessible in the summer

Ferry from Reykir in Skagafjordur available daily in the summer