Mývatn is a unique natural pearl located in North Iceland. The of geology of the area is built of volcanic activity from the many volcanoes in the area. Krafla is the best known volcano, but Hverfjall (Hverfell), Víti, Ketildyngja and Leirhnjúkur are also located there. Most of the area was formed during the late Ice Age about 10,000 years ago.

Around Mývatn you can find many interesting geological formations, such as Pseudocrater that are formed when glowing lava runs over wet moorland which causes the water to steam because of the heat from the lava and explode forming these Pseudocraters. There are also beautiful geological formations in Dimmuborgir as well as at Kálfaströnd and Höfða. Laxá river runs from Myvatn through one of these lava fields to the west down through Aðaldalur valley.

Mývatn is also known for its diverse wildlife, both insects and many birds, being the best place for bird watching in Iceland, known for being the venue of many species, such as Harlequin Duck, Spatelente, Reiher-ente, Scaup, Common Scoter, Long tailed Duck, Eider, Red-breasted Merganser, Gadwall and Shoveler. Also the Red-throated diver and Horned grebe can be spotted there.

Lake Mývatn is about 37 square kilometers in size and fairly shallow, deepest at around 5 meters. It divides into Ytriflói and Syðriflóir, with many of smaller lakes and ponds. The biggest are called Lake Sandvatn and Lake Grænavatn. There are also many small islands in the lake some with nice rock formations. The lake has three different species of fish, trout, Arctic char and the smallest are sticklebacks. The river Laxá that flows from Myvatn is considered to be one of the best fishing river in Iceland.

At Mývatn there are many tourist attractions and you can find varied and interesting places. The town of Reykjahlíð by Mývatn, with population about 300 people, where you can find accommodation, shops and swimming pool. Nearby you can find the bird museum, Fuglasafn Sigurgeirs that is amazing place to visit if you like to learn about the birds in the area, as well as to have something to eat and drink.

You can take many a sightseeing trip from Myvatn during the summer time. We recommend to do a sightseeing Flight with Mývatn air, it is amazing to see Lake Mývatn and its surrounding from the air.

There are many interesting hiking trails in the area, for example to Vindbelgur Mountain, Skútustaðagígar Craters, Kálfaströnd area, Dimmuborgir and Krafla.

It is also a very unique experience to visit the Mývatn Nature Baths.

Mývatn is located in North Iceland. Ring Road nr. 1 in the North takes you through the small village Reykjahlíð where you can find an information center for the area, camping ground, shops and swimming pool. 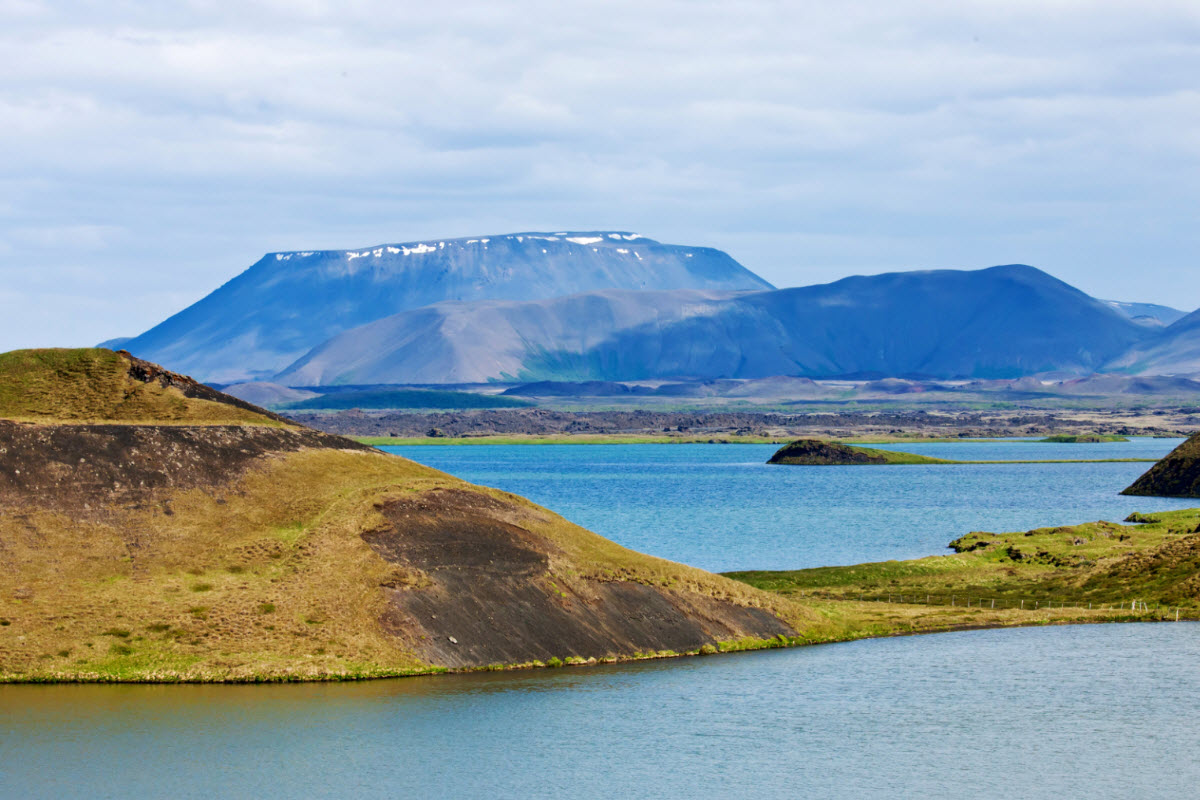 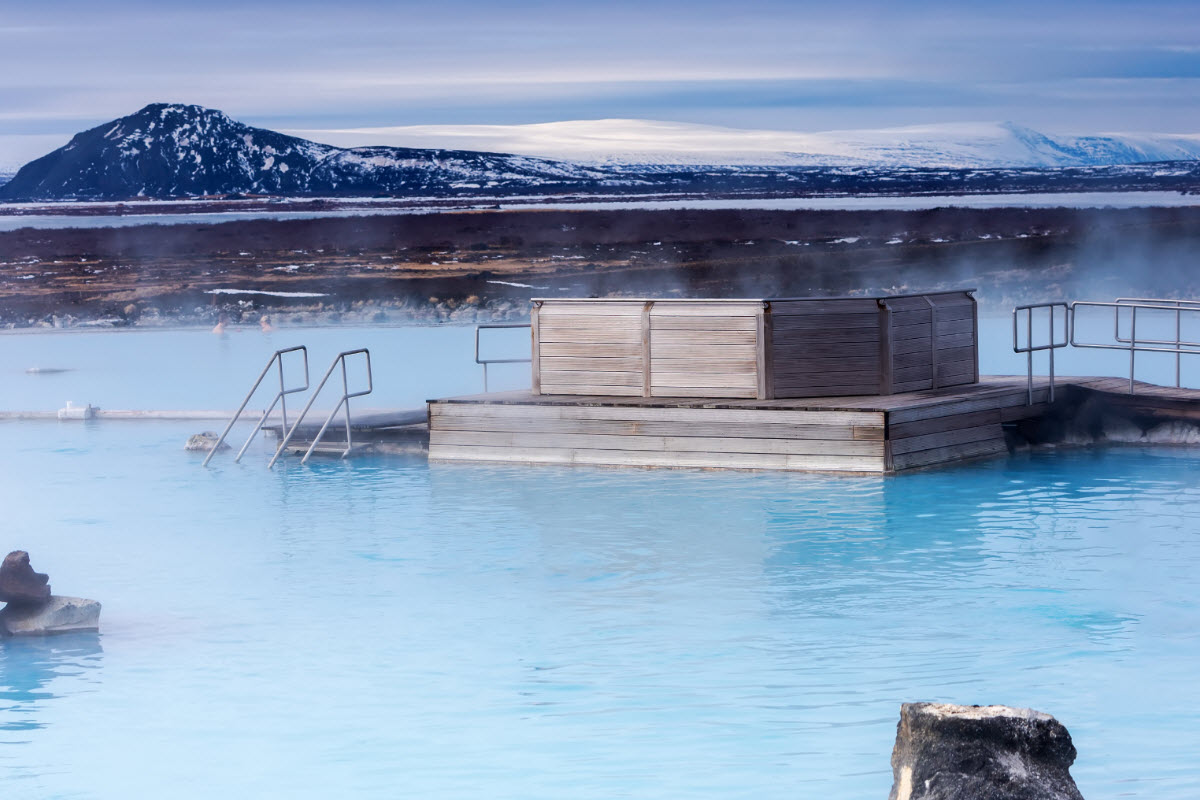 The lanscape around Mývatn lake is amazing