Lómagnúpur mountain is a 688 metres high mountain located between the Kirkjubæjarklaustur village and Skaftafell area. The environment around the mountain is spectacular, shaped from volcanic eruptions, glaciers and lakes. In 1789 there was a earthquake in the area and a big landslide fell down from the south part of the mountain, marks from that can be seen from the main road.

In the Coat of arms of Iceland there are four protectors of Iceland and one of them is a giant who lives in the cliffs by Lómagnúpur mountain. He protects the southcoast of Iceland from all evil that might come to land in the area.

Lómagnúpur is also mentioned in Njálssaga (Icelandic Saga). Flosi from Svínafell had dream that he lived by Lómagnúpur and a giant, dressed in goatskin carrying a iron rod, appears from the cliffs. The giant tells Flosi who will be killed in revenge for the burning of Bergþórshvoll (a famous event in the Icelandic Saga when Njáll Þorgeirsson and his family were killed in a fire). It became true and all 25 people that he mentioned were killed.

West of Lómagnúpur is a farm called Núpstaður. There is an ancient chapel probably from around 1650 as well as some old Icelandic houses.

From Reykjavik the drive to the town Kirkjubæjarklaustur is about 3 hours on Ring Road nr 1. From there keep on driving for about 25 minutes until you see the mountain on the left side, there is a gravel road where you can park the car. 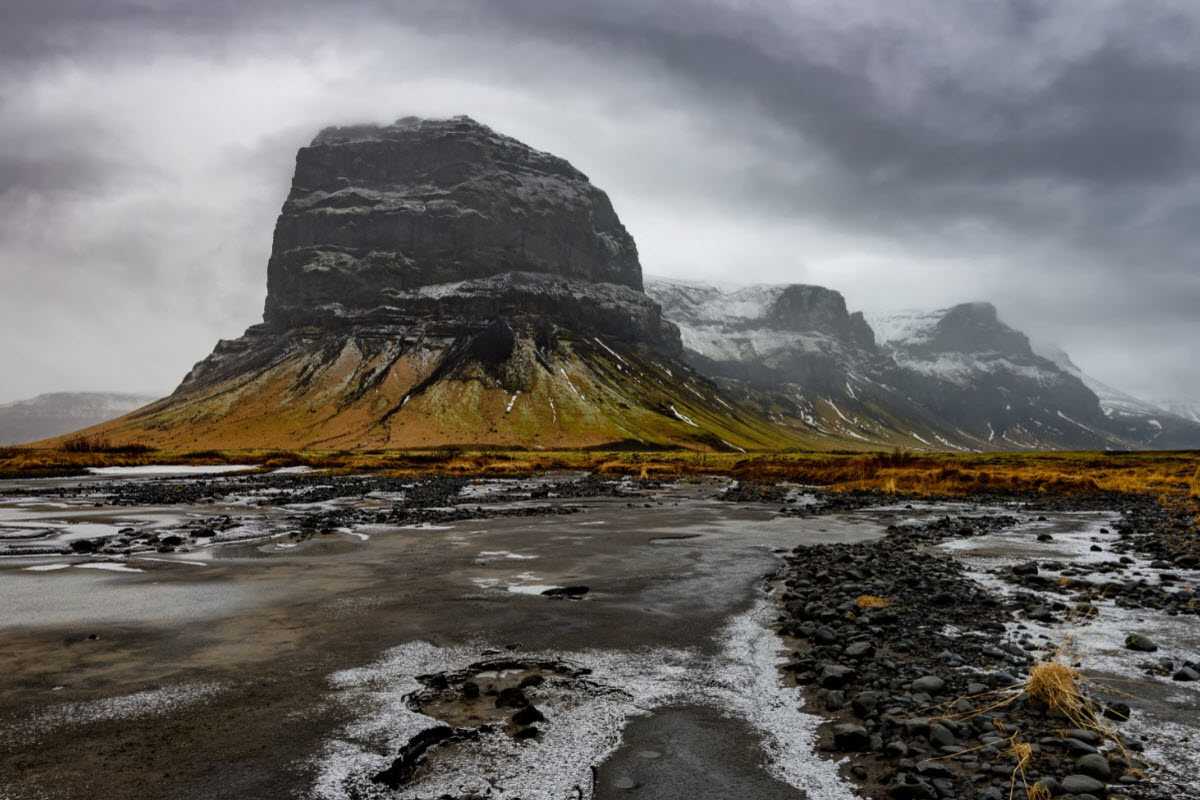 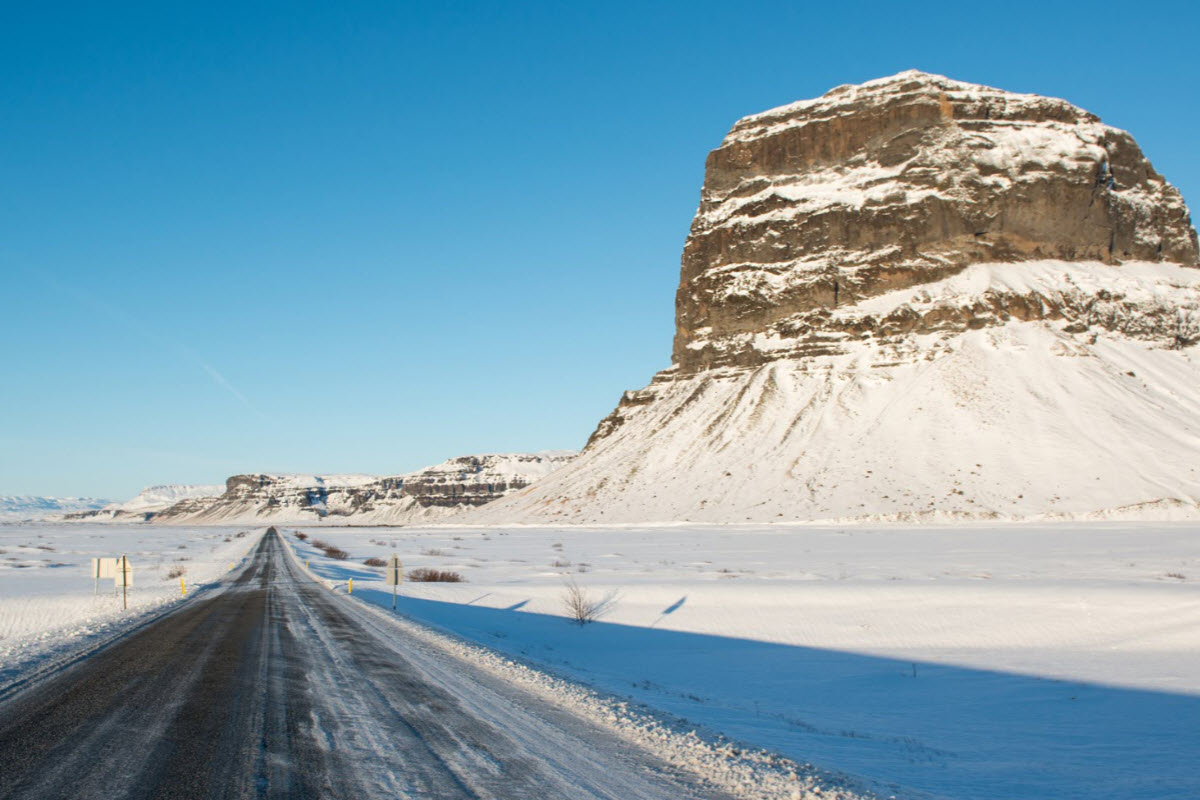 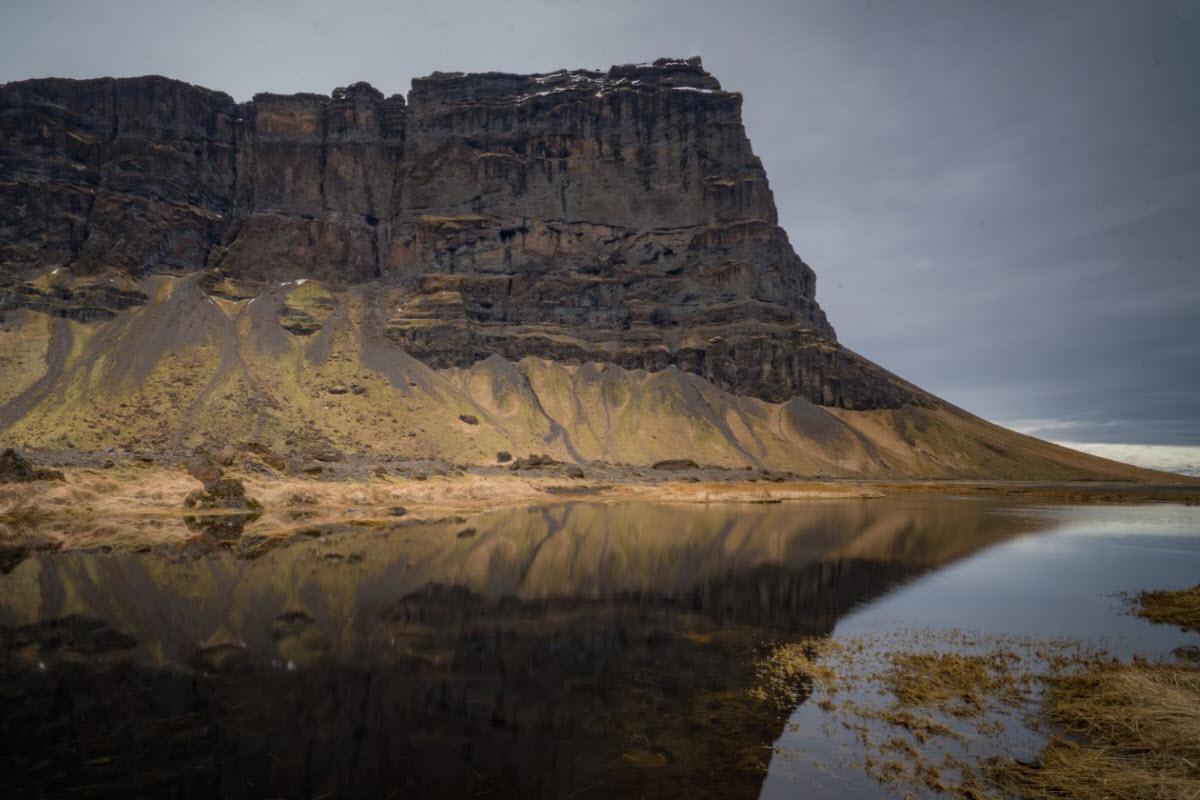 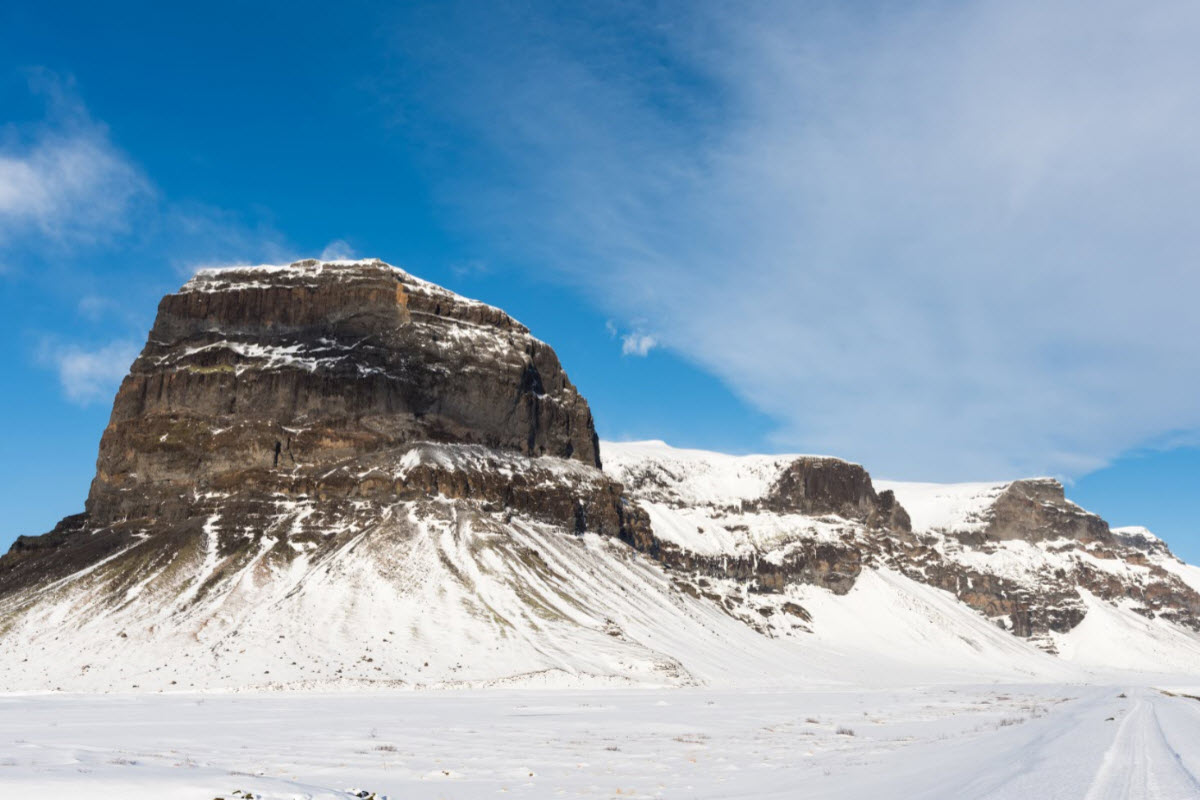