Lóndrangar are two rock pinnacles that strike out from the ocean east of Malarrif and west of Þúfubjarg in Breiðavíkurhreppur on the Snæfellsnes peninsula in West Iceland. These uniquely formed basalt rocks are considered to be old remains of a crater which has mostly eroded away. The higher rock is about 75 meters high and the smaller one is about 61 meters high. A man called Ásgrímur Bergþórsson climbed the higher rock first of all in the year 1735.

Lóndrangar are home to many seabirds including the famous puffin, fulmar, common murre and kittiwake. The puffin nests on the hills in the higher cliffs and the eagle used to make a nest in the higher rock some years ago. The area around the cliffs is said to belong to elves that live there and for that reason the farmers in the area have never made hay on the hill.

It is easy to stop by the roadside where there is a parking lot and a viewpoint over the Lóndrangar rocks. It is also recommended, to see them close up, to drive to the houses at Malarrif. From there is a well marked walking path that goes along the beach to Lóndrangar. The hike is relatively easy and passable for everyone. Be careful when walking on the rocky beach though and keep in mind that the waves from the ocean can be very dangerous in Iceland.

From Reykjavík the drive to Lóndrangar is about 2 hours and 30 minutes (192 km). Take Ring Road nr.1 towards the town Mosfellsbær. Take the Hvalfjörður tunnel and keep following road nr. 1 to the town Borgarnes. When in Borgarnes take road nr. 54 towards Snæfellsnes Peninsula. Drive for about 1 hour and then take a left turn towards Arnarstapi and from there it is about 10 minutes drive to Lóndrangar.
Read more about Driving in Iceland. 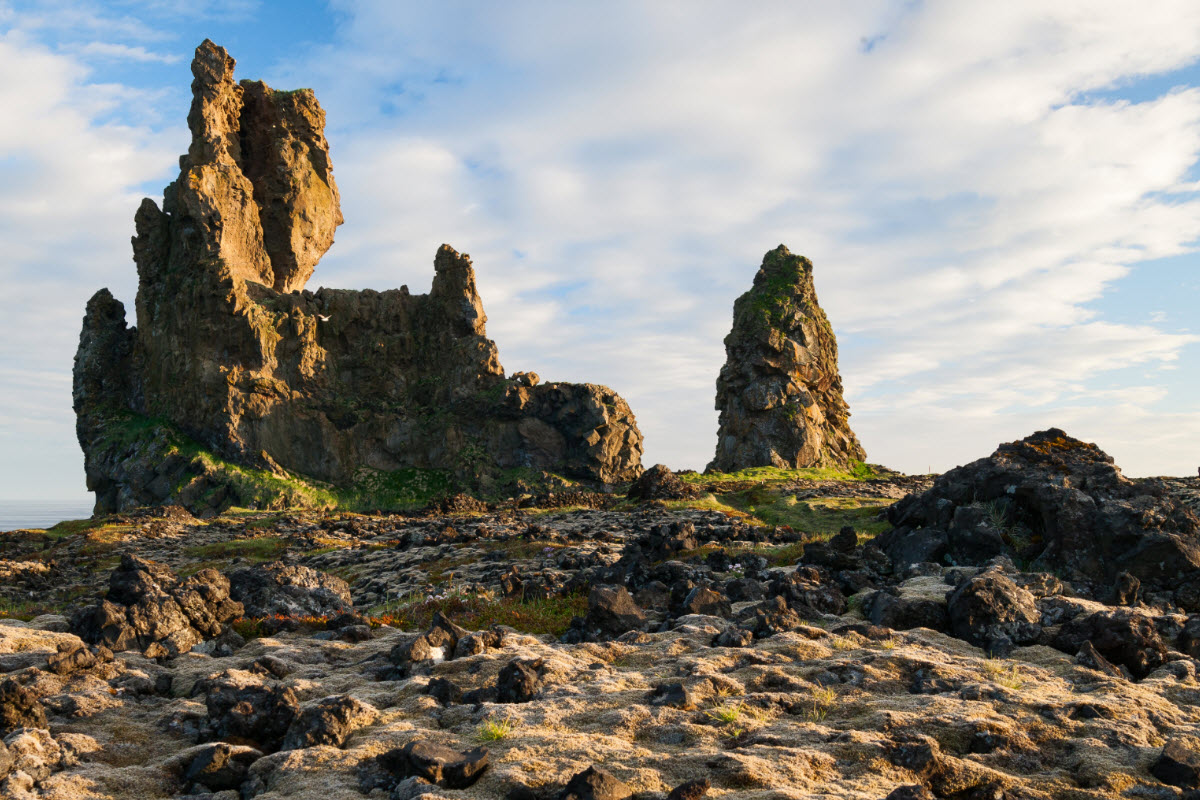 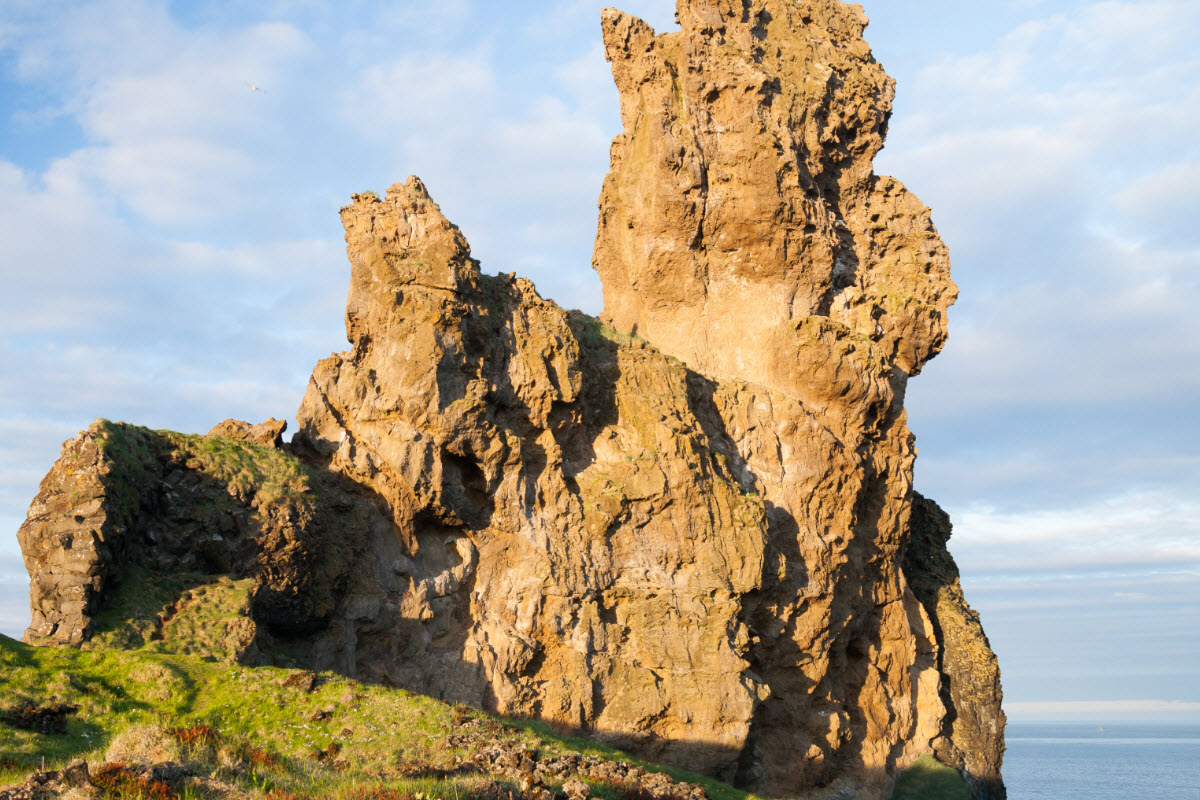 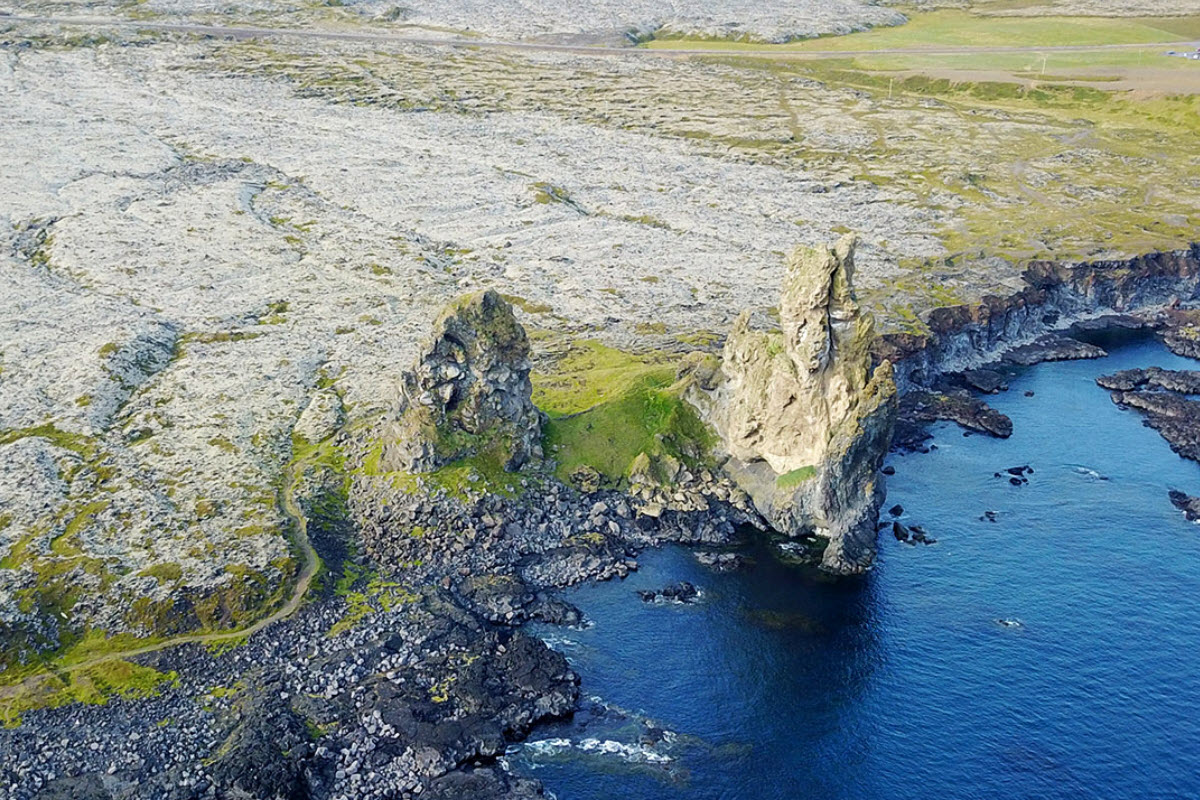 Read the warning signs before entering the beaches in Iceland