Kerið is located in Grímsnes in the south of Iceland and is part of the Golden Circle Tour. Kerið is a 3000 years old volcanic crater lake, it was originally believed it was formed by a volcanic explosion. Later it was found out that Kerið used to be a cone volcano which erupted, emptied its magma reserve and then collapsed into the empty magma chamber because of the weight of the cone.

Kerið is a part of a crater row called Tjarnarhólar, situated in a volcanic zone which includes the Reykjanes peninsula and the Langjökull Glacier.  Walls around the crater are composed of a red volcanic rock and the green moss and the pond in the middle makes the scenery very beautiful. It is possible to climb down to the crater but be careful as it is very steep and the soil is very loose. There is a path that leads down to the crater and it is recommended to follow the path.

The drive from Reykjavík to Kerið is about 50 minutes (62km). Take Ring Road nr. towards the town Selfoss. Before arriving in the town take a left turn on road nr. 35 and drive for about 10 minutes until arriving at Kerið.
Read more about Driving in Iceland. 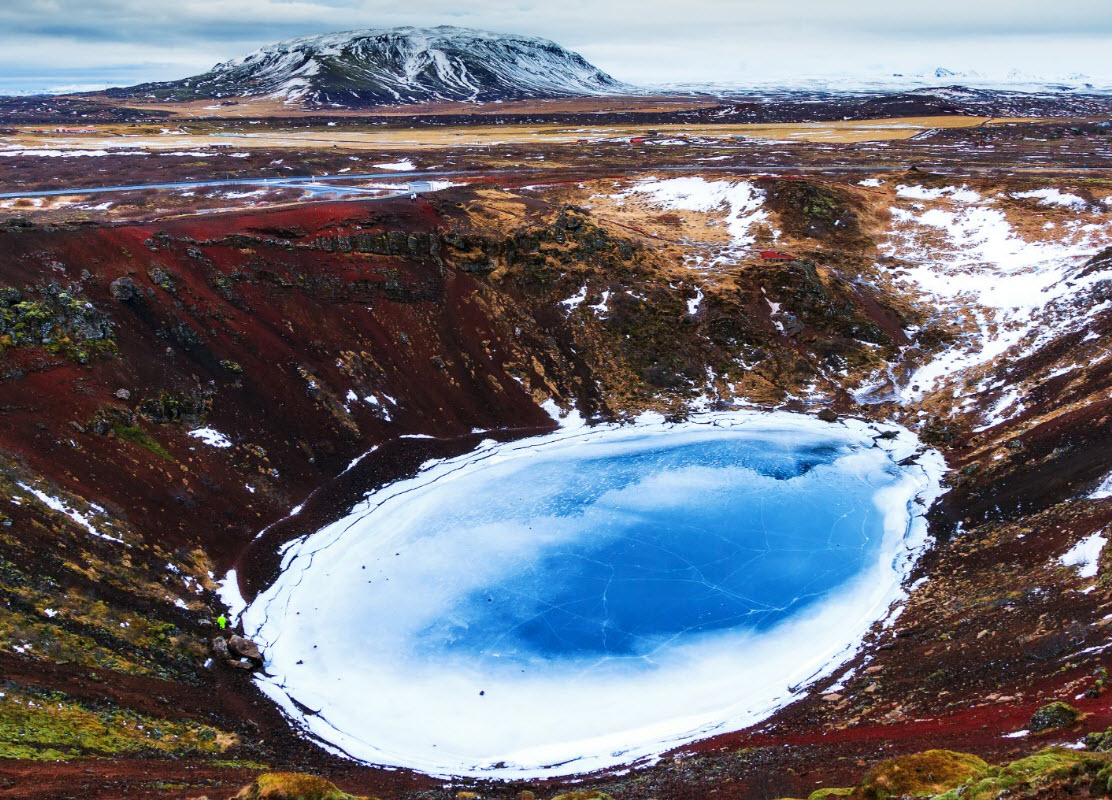 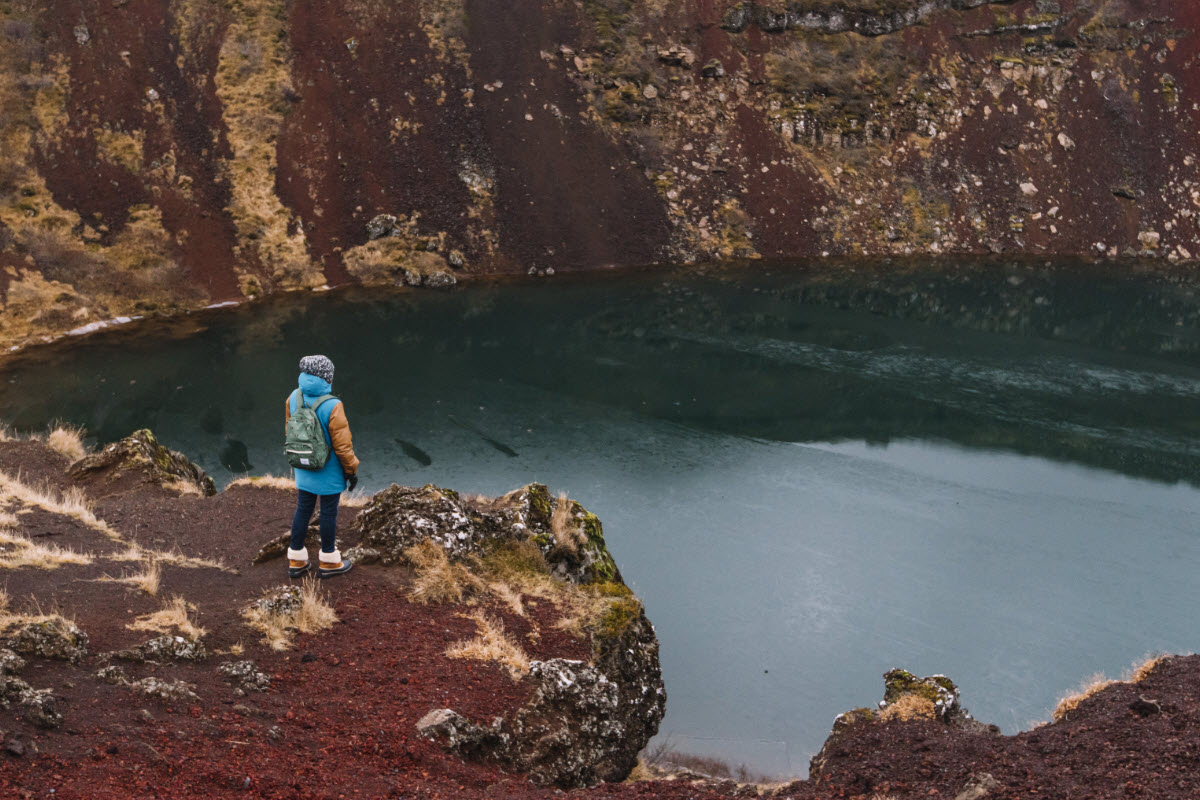 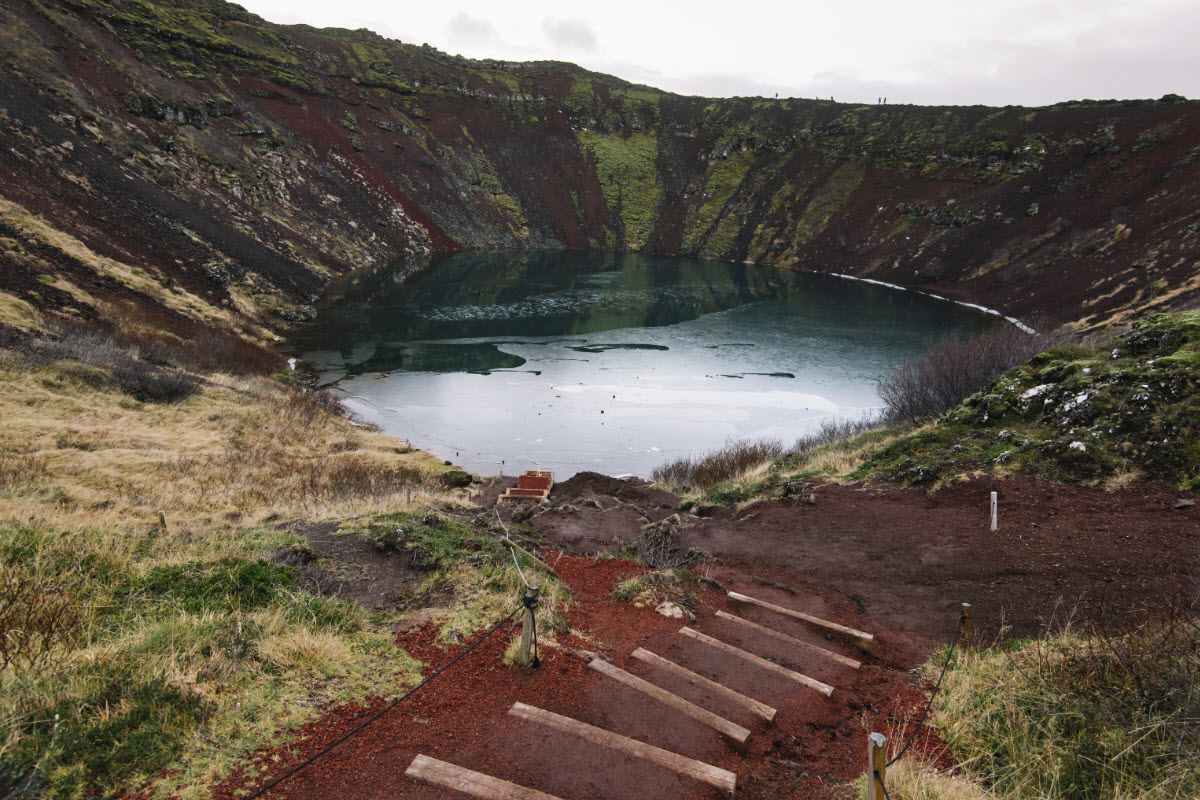 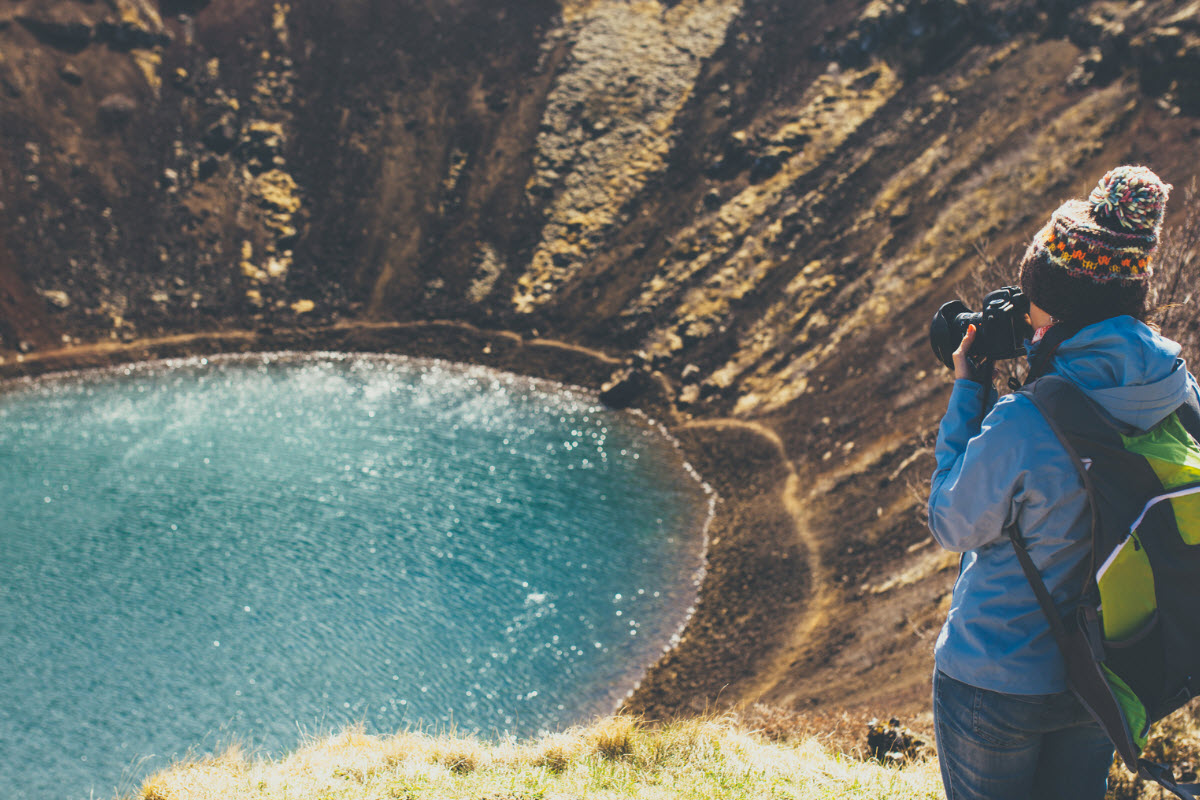 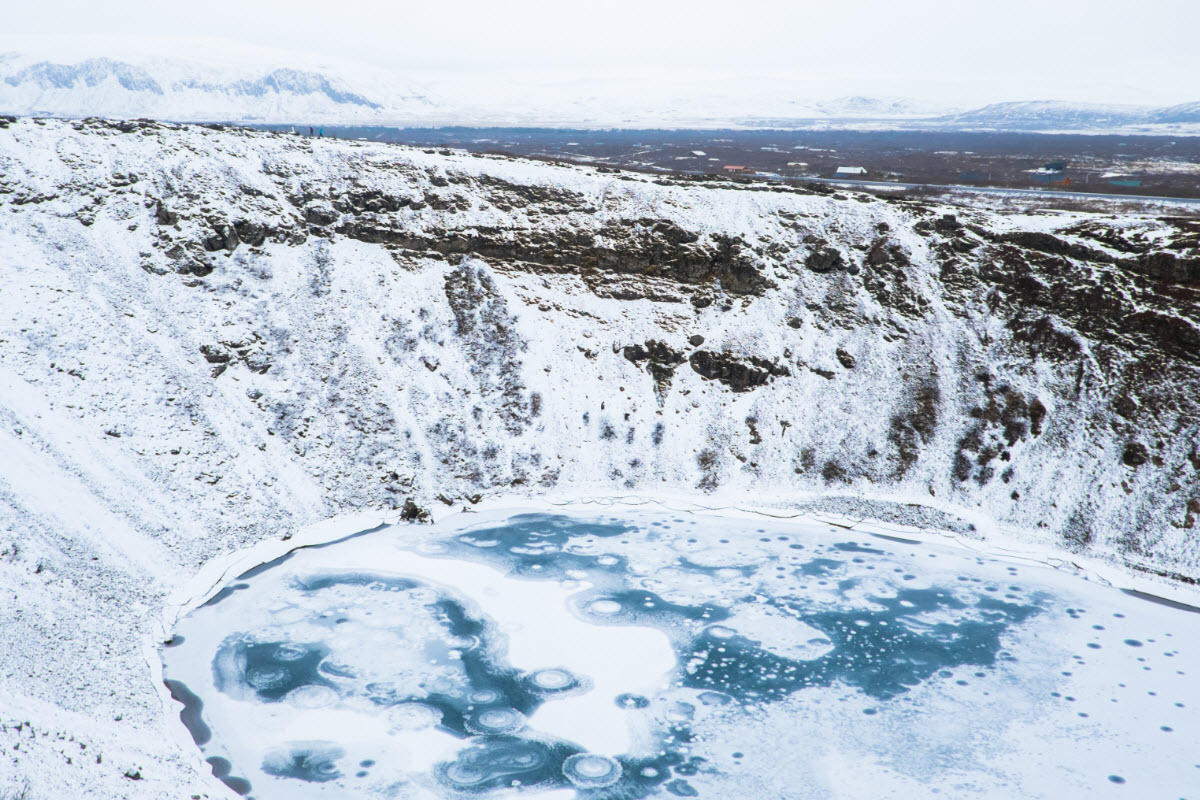 Kerið during winter in Iceland

It is possible to hike down to the crater lake

The landscape around Kerid is beautiful during winter in Iceland

Kerið is part of the Golden Circle Route