Eyrarbakki is a fishing village located in South Iceland with a population of around 570 people. The village is a part of the municipal Árborg along with Selfoss, Stokkseyri and Sandvíkurhreppur. Drive to Selfoss takes about 15 minutes and only 10 minutes to Stokkseyri.

Because of its role in fishing and trading throughout the history Eyrarbakki has a great historical importance, for centuries the village was the main trading centre for the southern region. One of the store in the well known Danish-Icelandic Trade Monopoly was located in Eyrarbakki, therefore the village grew in population in the mid 19th century and started importing goods from Denmark. In 1920 almost 1000 people lived in the village and the place became the most important trading place in whole Iceland.

Even though trade and fishing were the main occupations in the village, the conditions for the harbour were not good. If the weather was bad the ships sometimes had to wait out on the sea for days even weeks for the weather to slow down. Around 1925 Eyrarbakki lost its importance as a trading centre when the bridge over Ölfusá to Selfoss was built and transportations moved there. After that Eyrarbakki tried to grow into a fishing town but like before the conditions at the harbour stood in their way and later it led to a decrease in population for this small town.

Today Eyrarbakki is like a museum with preserved houses from the period 1890-1920 and coming there is kind of like going back in time. The oldest house in the town is called Húsið or “The House” and is from the year 1765. The House is the oldest preserved timber dwelling house in Iceland and is now the Heritage Museum of Árnessýsla. It used to be the home of Danish merchants families for almost two centuries and over that period the House was the center for art and European culture in Iceland.

Eyrarbakki is small and beautiful town that is worth visiting for those interested in history of Iceland. Main prison in Iceland called Litla-Hraun is located in Eyrarbakki and is one of the town’s main employers. There can also be found the oldest primary school in Iceland that was established in 1852 and the beautiful church, Eyrarbakkakirkja, was built in 1890.  A must do when in Eyrarbakki is to take a walk down to the seashore, the breaking waves from the Atlantic ocean are breathtaking. 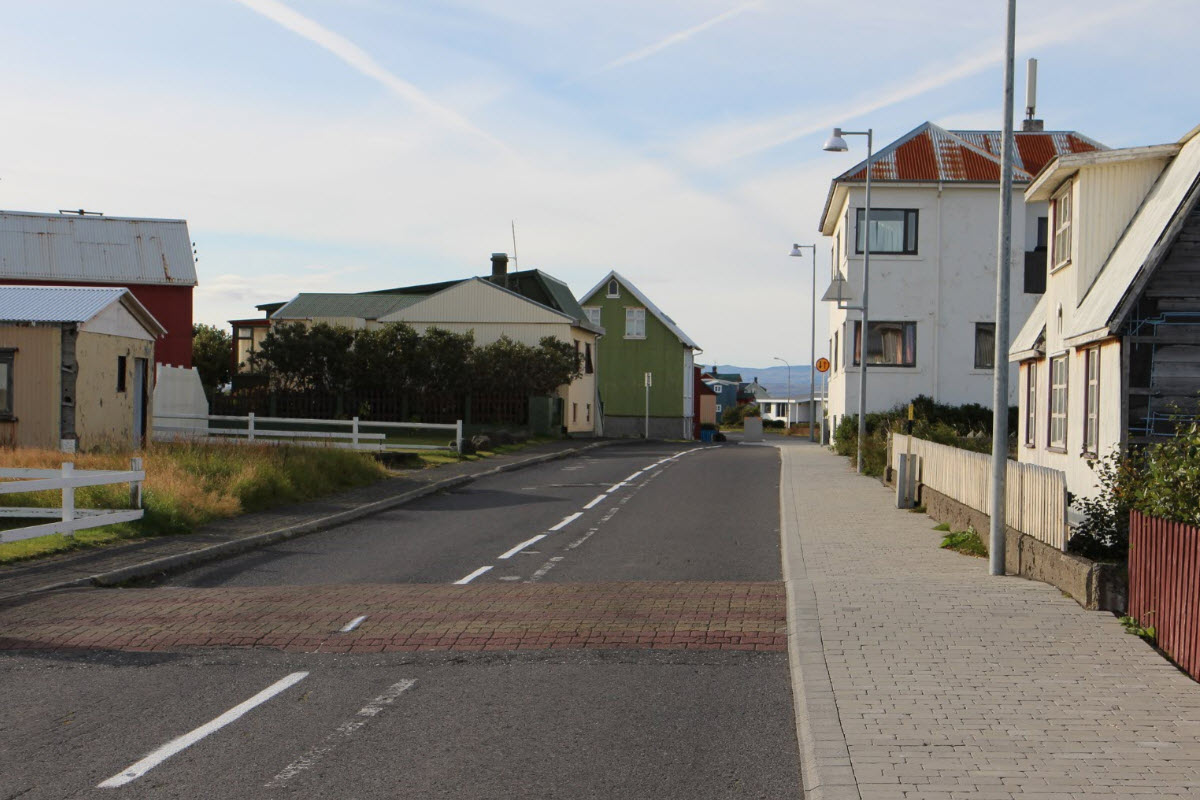 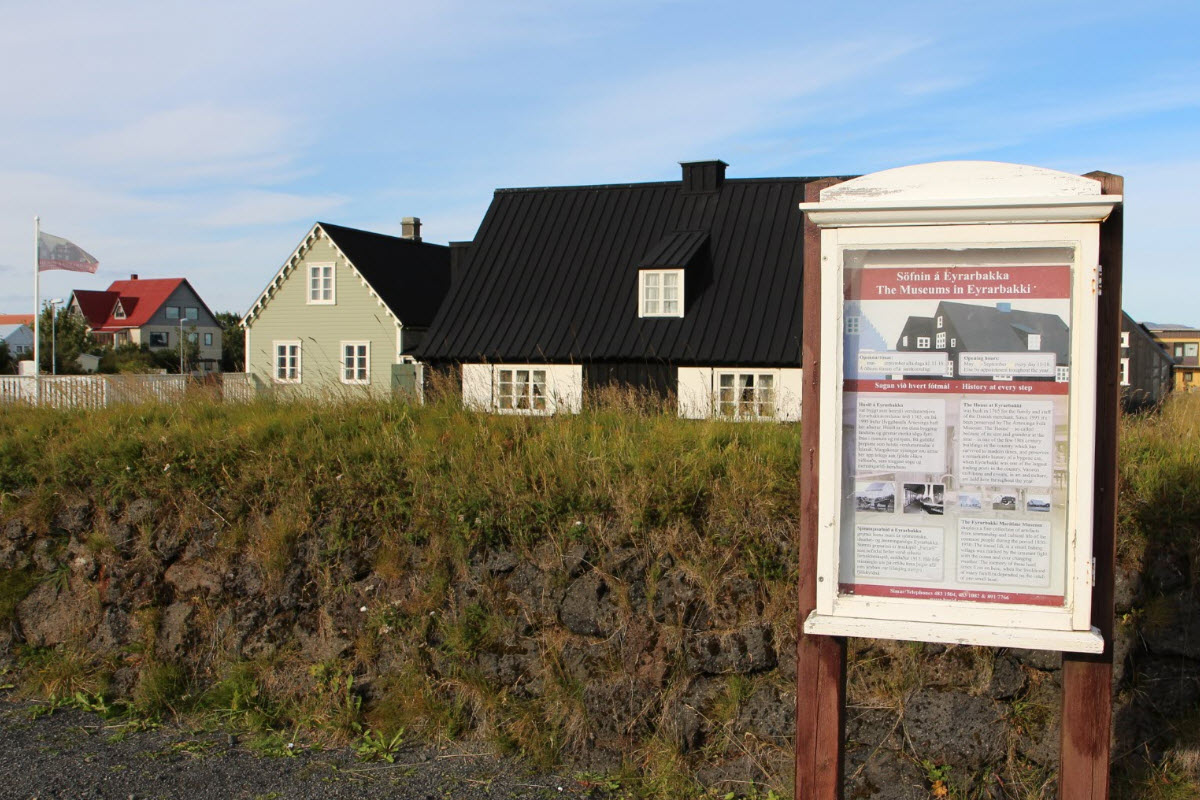 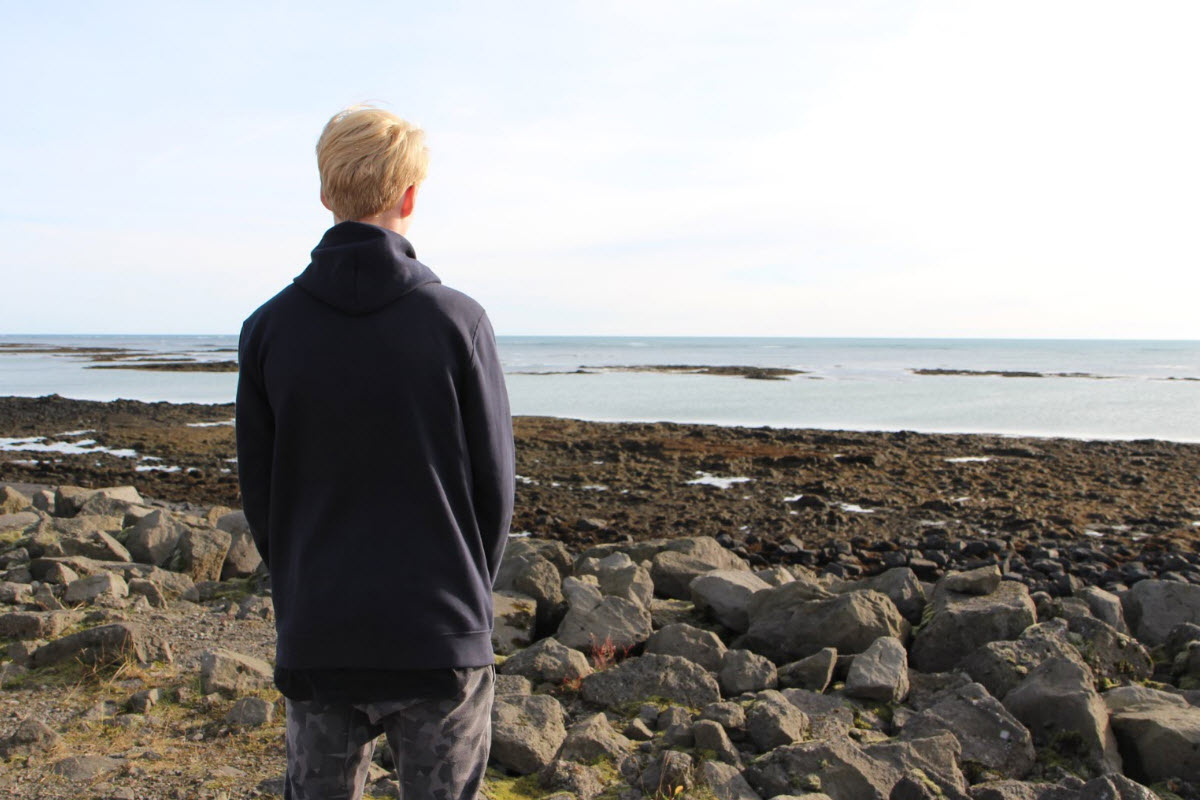 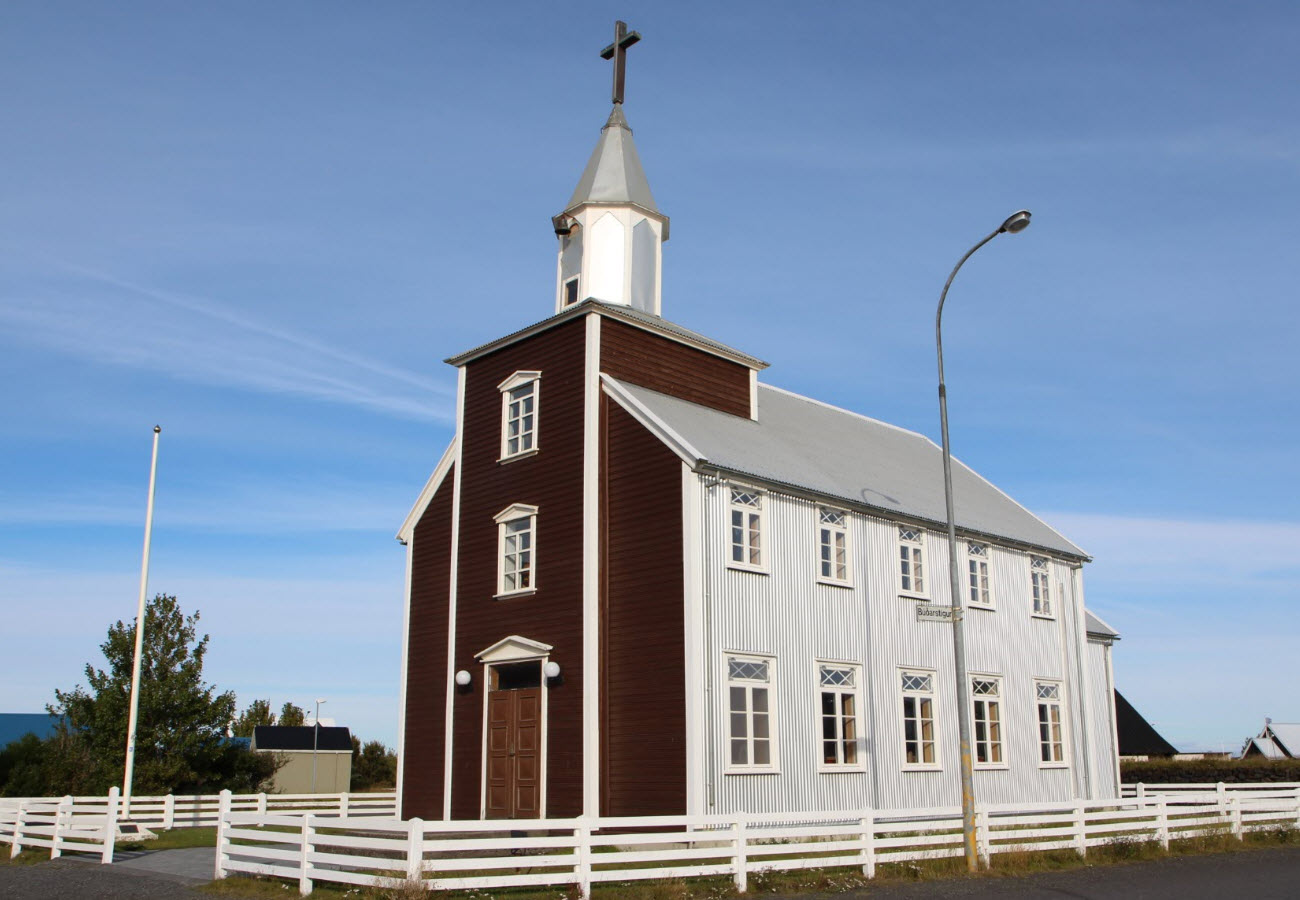 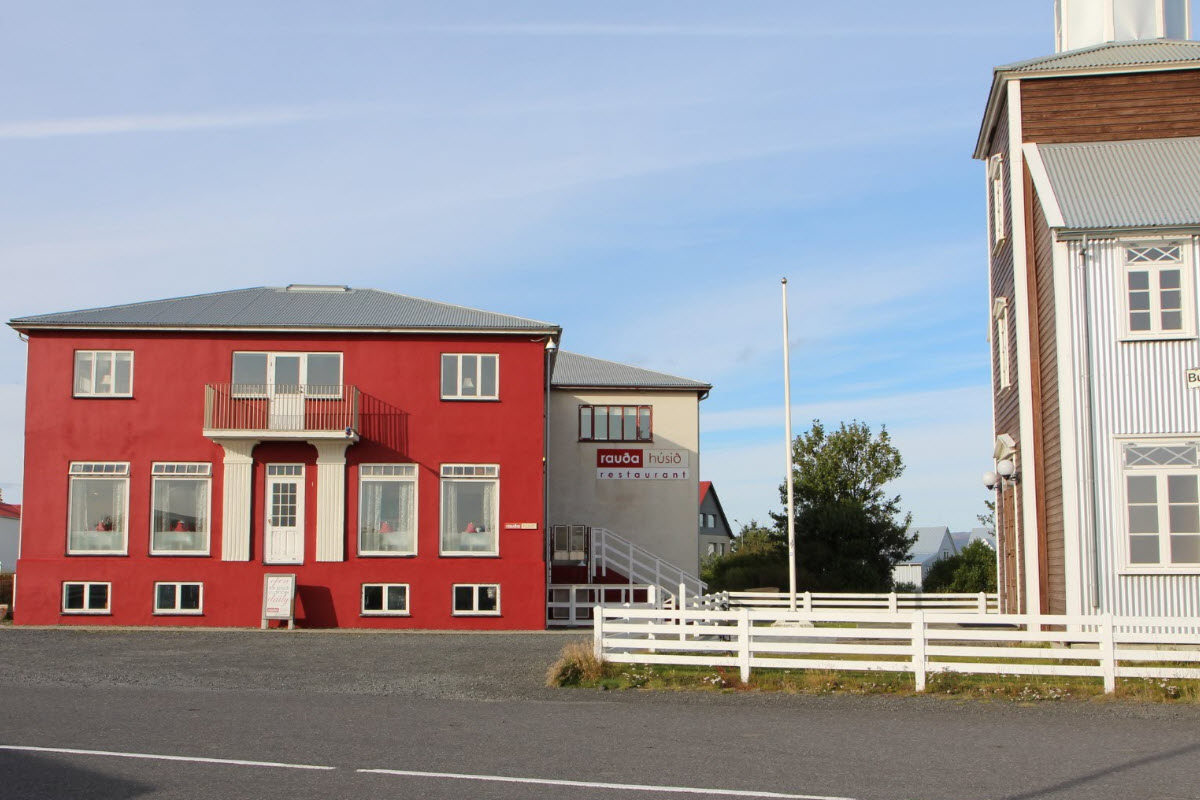 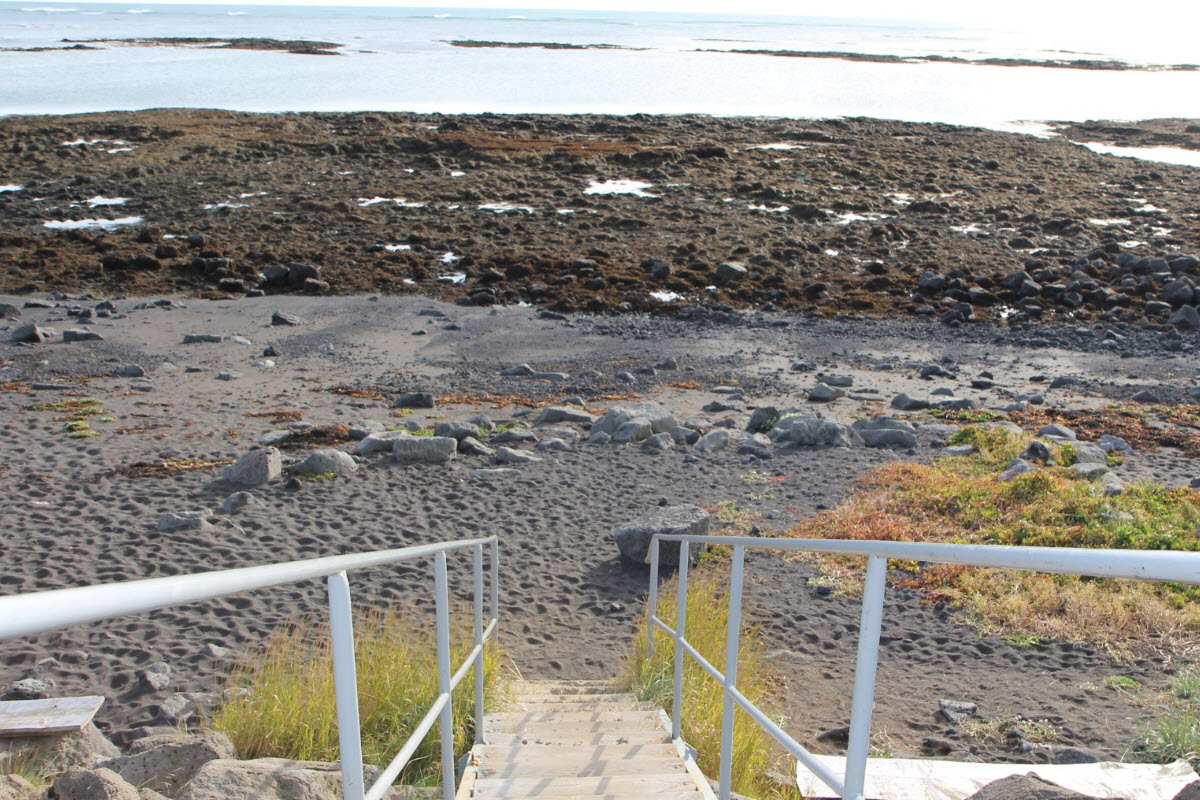 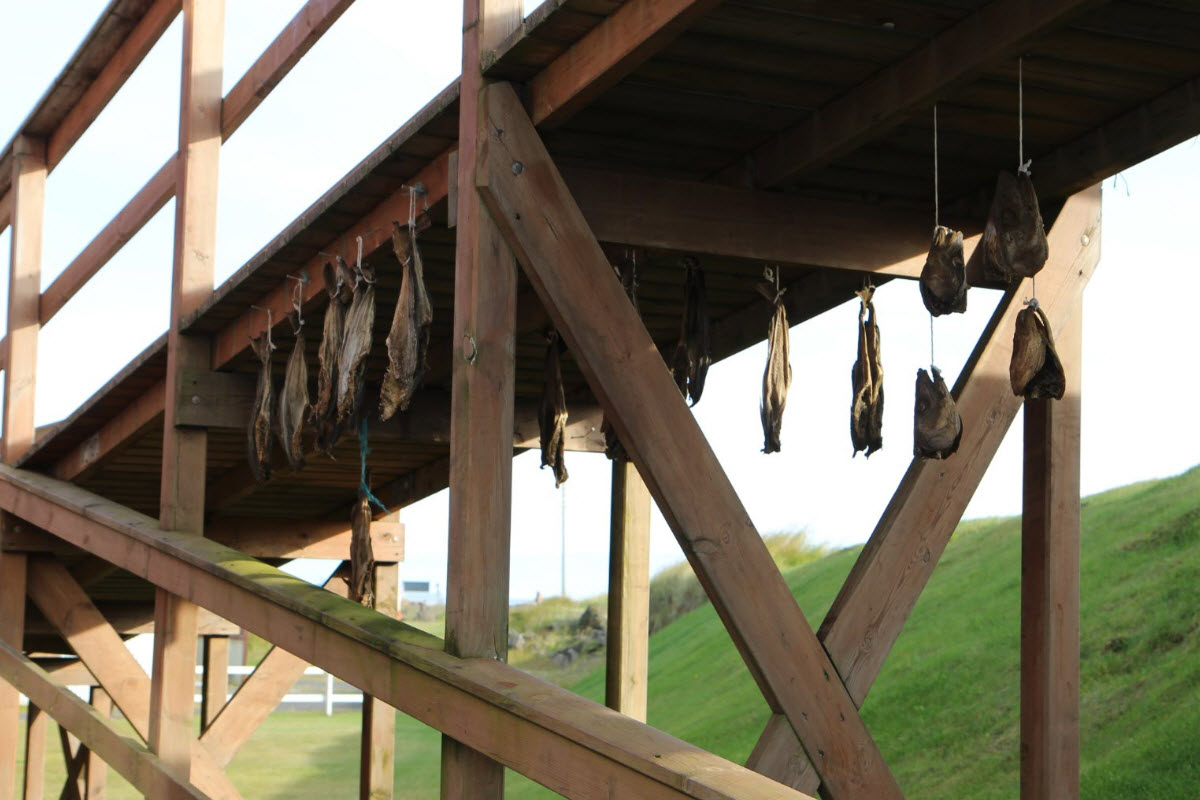 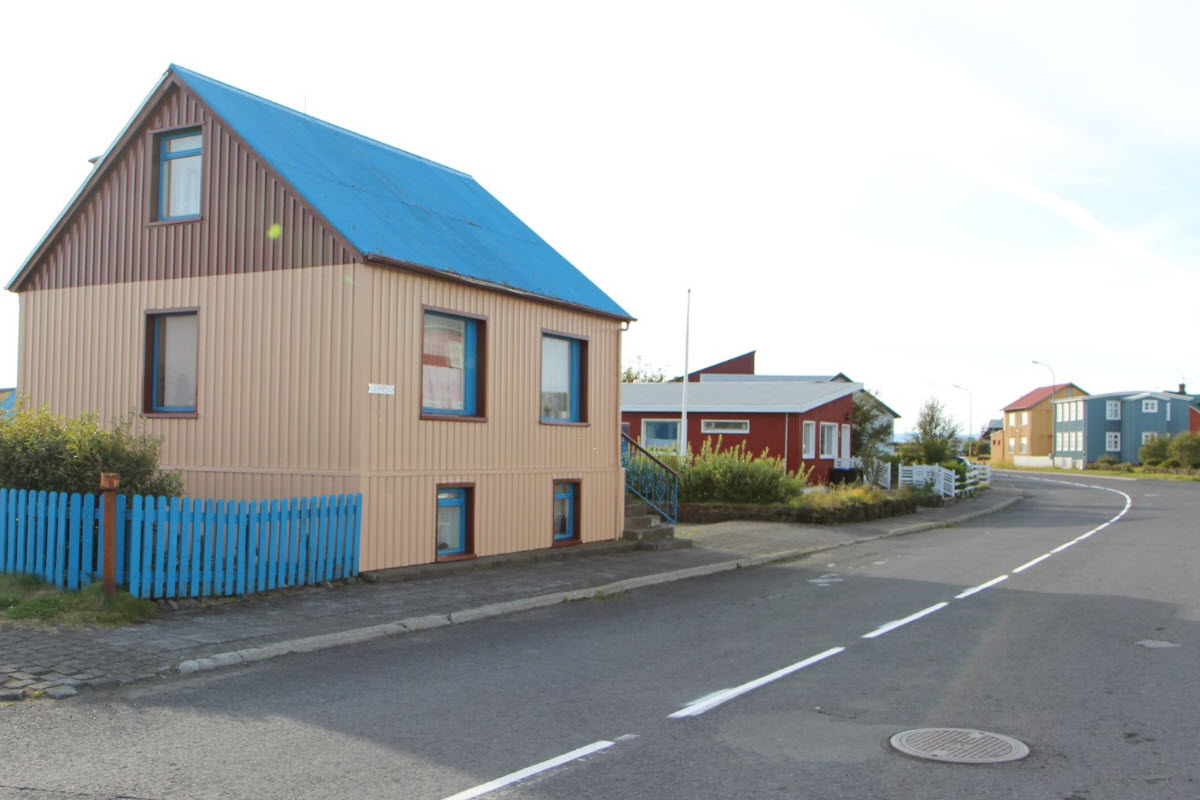 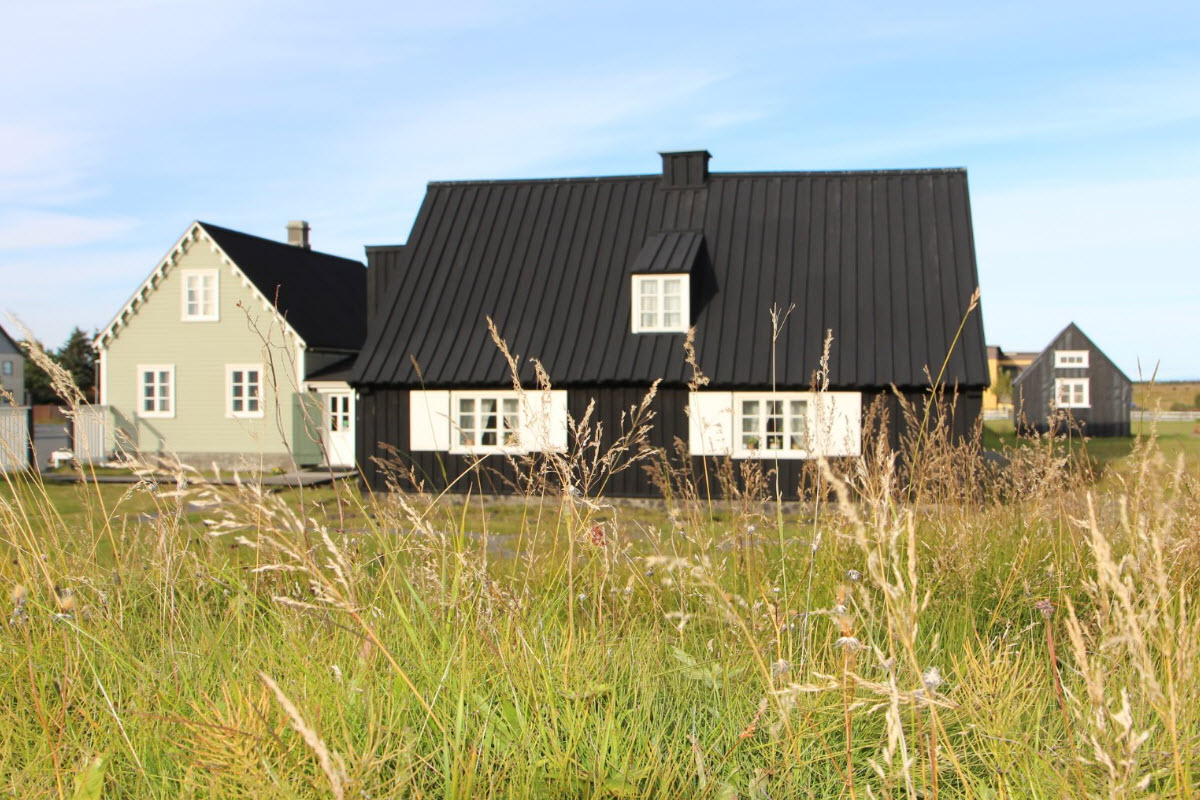 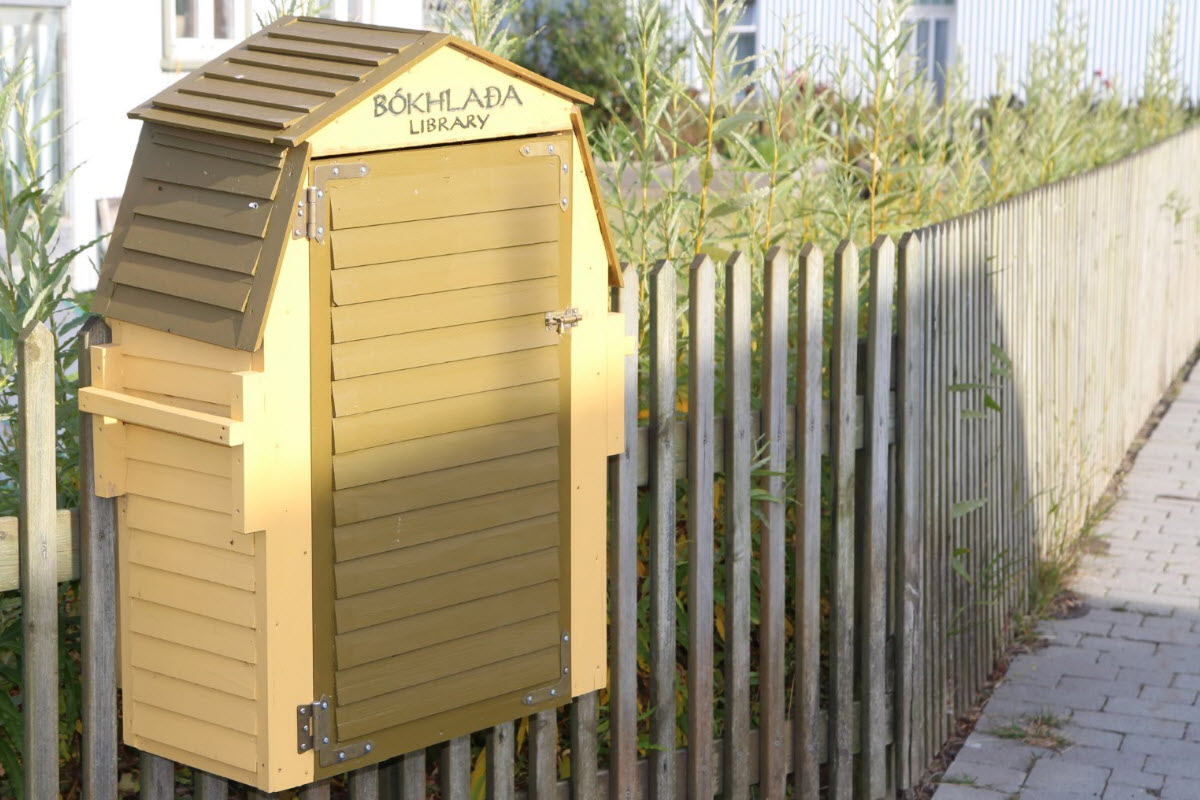 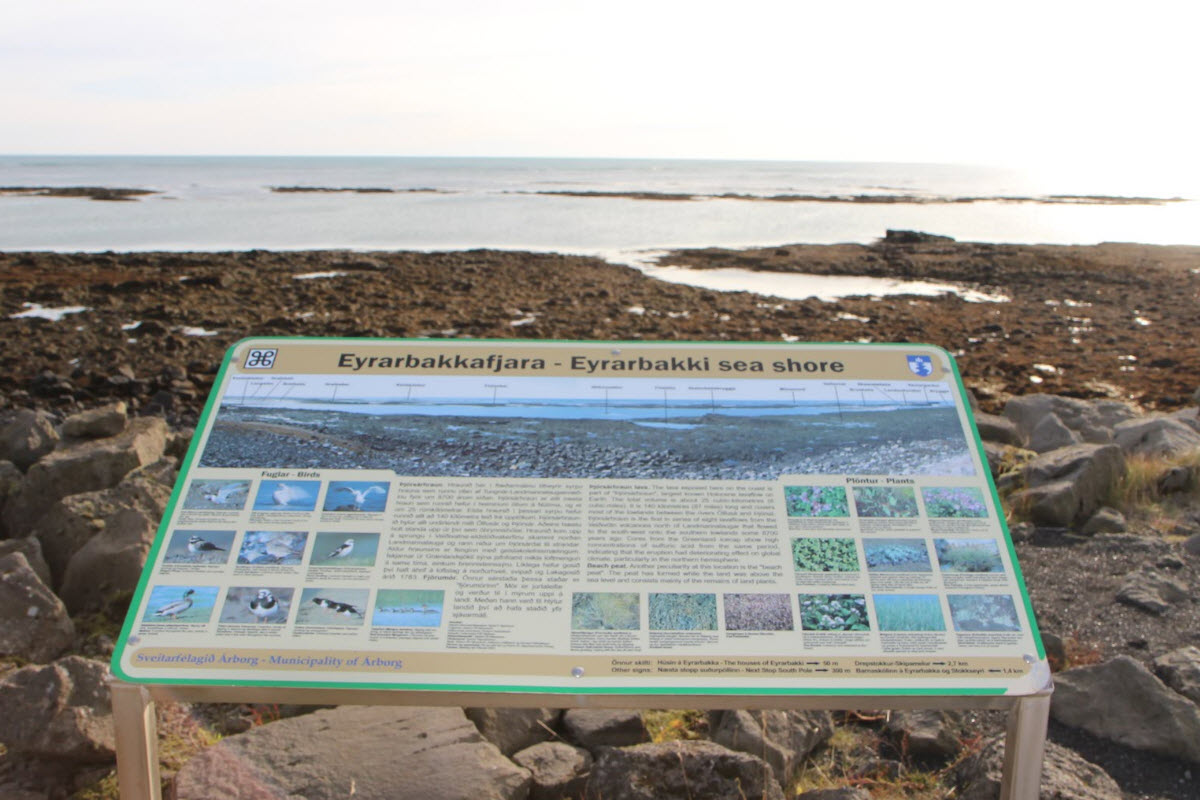 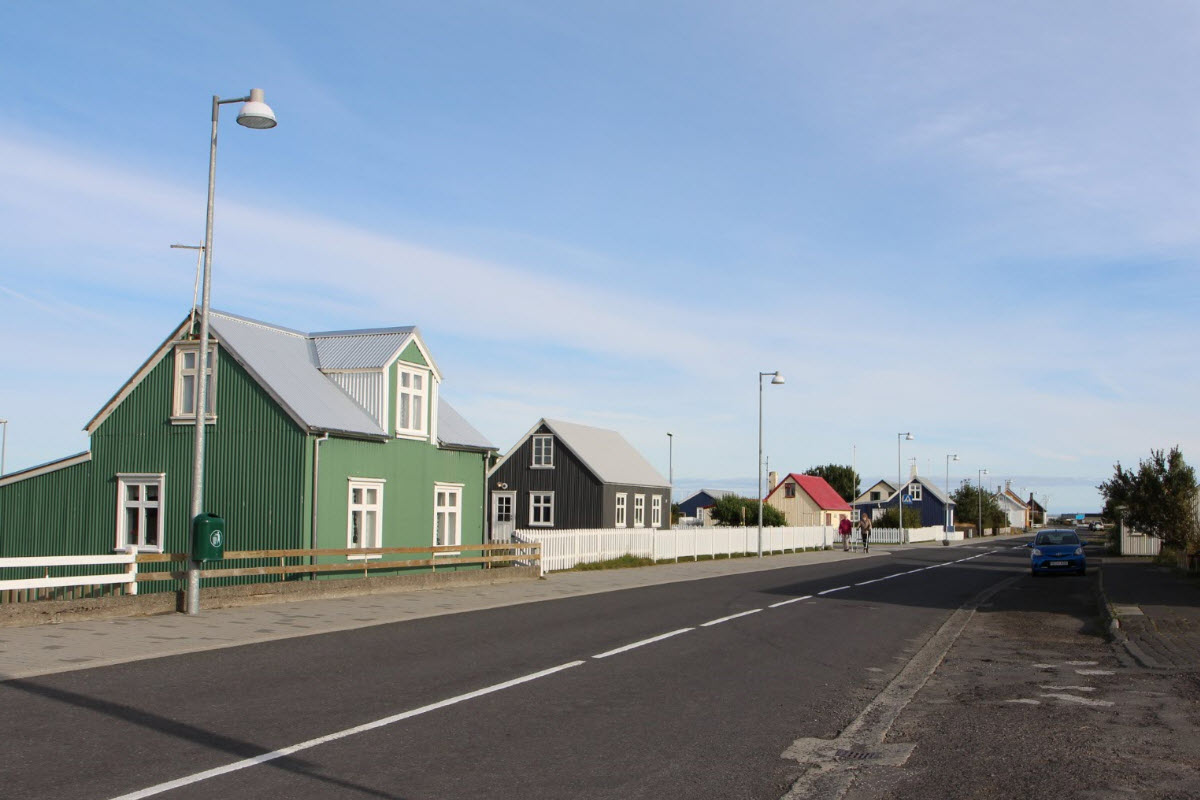 Eyrarbakki is an old fishing village in South Iceland

The Heritage Museum of Árnessýsla

The church of Eyrarbakki

The Seashore at Eyrarbakki

Dry fish on the boardwalk by the shore in Eyrarbakki

There are many old houses in Eyrarbakki

The Heritage Museum of Árnessýsla

The view over the Atlantic Ocean in Eyrarbakki

Distance from Reykjavik: About 53 km Step into the wonders of the Black Beach in Iceland and ride on an ATV along the black volcanic beach in Þorlákshöfn, Iceland