Ísafjörður is the capital of the Westfjords and is situated in Skutulfjörður fjord. Before the town used to be called Eyri and until the end of the 19th century there was a priesthood there. The town has a long history and merchants settled there in the middle of the 16th century. The town did not start to grow until the abolition of the monopoly and the establishment of a town in 1787.

In Ísafjörður there are many protected houses from the days of the Danish-Icelandic Trade Monopoly, the oldest from the year 1757. Nowhere in Iceland are as well preserved monuments of a commercial place from the early centuries. The church of Ísafjörður from the year 1863 was damaged by fire in 1987 and a new church was built in 1995 in the same place

The town started to form around around the salt fish production in the 19th century. Ísafjörður has long been one of the leading town in the fishing industry in Iceland and still is today. Like in other towns in Iceland tourism has also been growing as an industry last years as well as the service sector.

The Fjord is surrounded by high and steep mountains and four valleys called Engidalur, Dagverðardalur, Tungudalur and Seljalandsdalur. There is and will be the future recreational area of Ísafjörður. In Tungudalur is a large golf course, ski area, campground and hiking trails. In Seljalandsdalur are good tracks for cross country skiing.

All public service can be found in Ísafjörður including hospital, grocery store, bank, post office, kindergartens, elementary school and a small university. The town welcomes tourists and has a lot to offer including a wide range of accommodation, restaurants, swimming pool, golf course, hiking trails, horse riding, bird watching, skiing and the town has created a good reputation as the center for sea kayaking in Iceland. The reason is endless of possibilities for kayaking around fjords and creeks of Ísafjörður, Jökulfjörður and Hornstrandir. It is also possible to take the ferry from Ísafjörður, who departs daily in the summer, to Hornstrandir Nature Reserve. 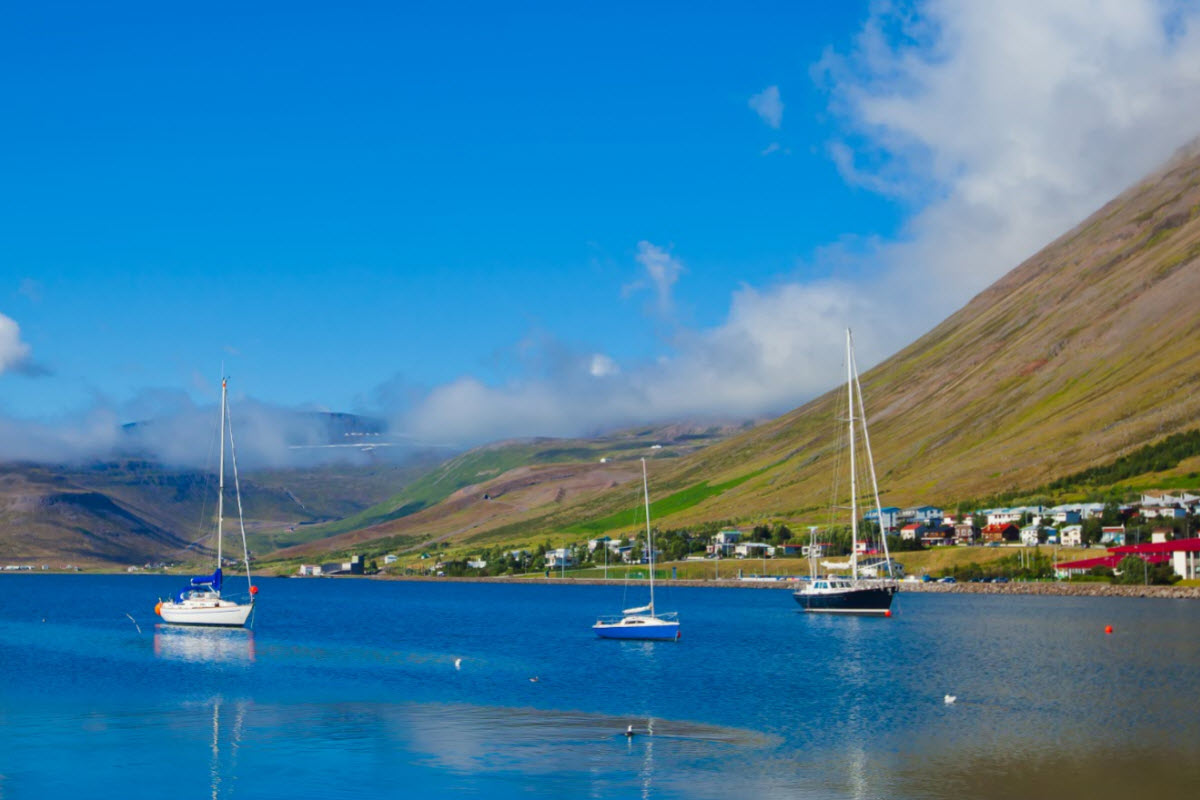 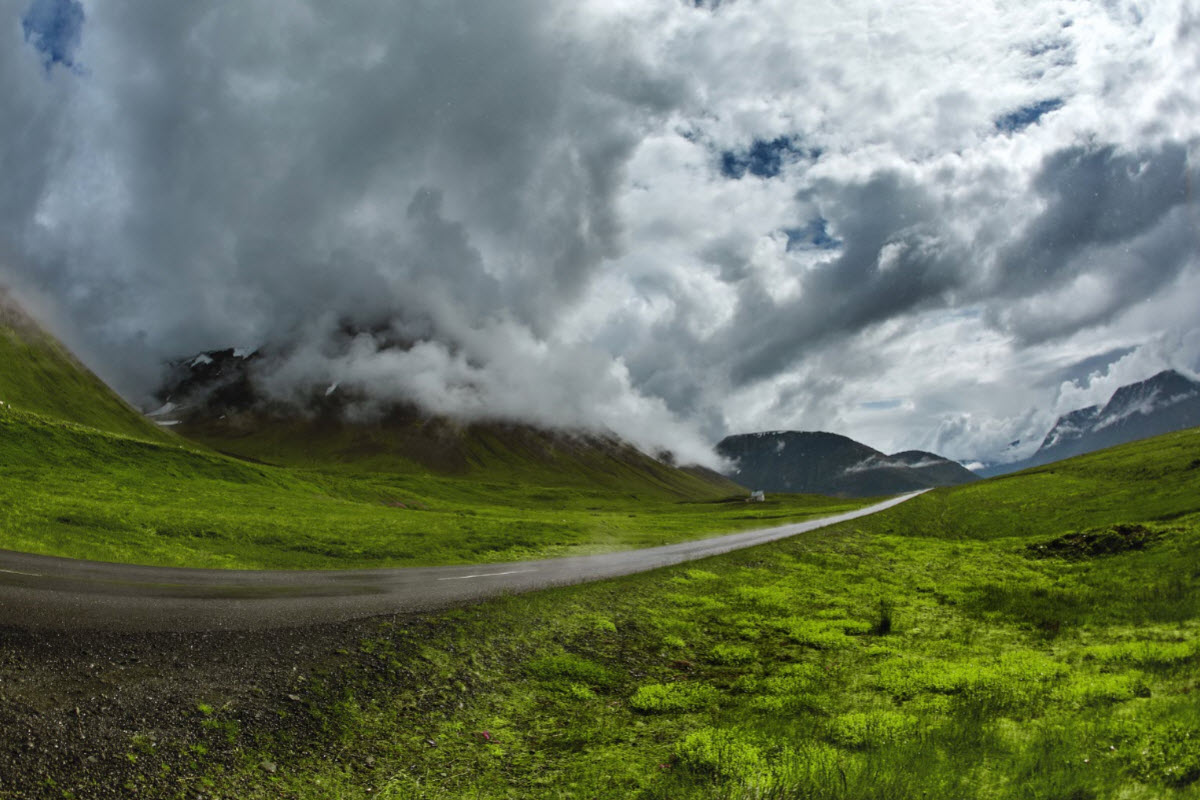 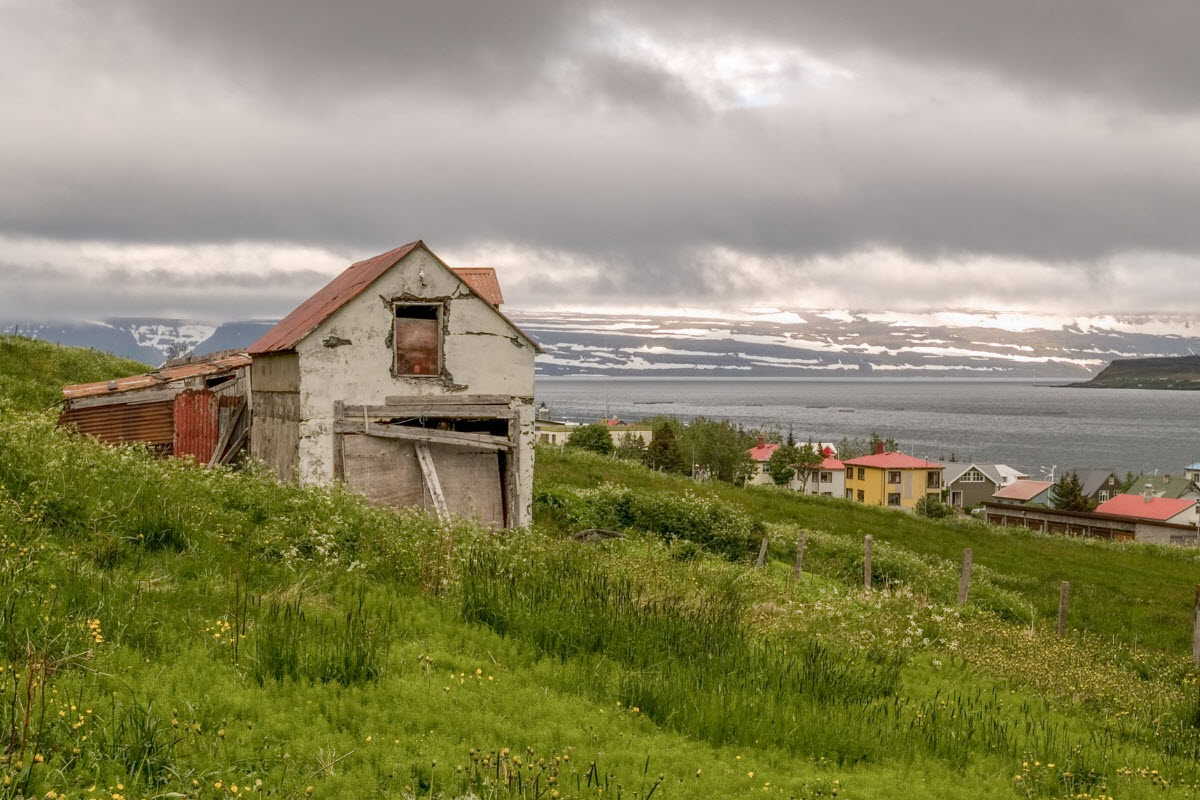 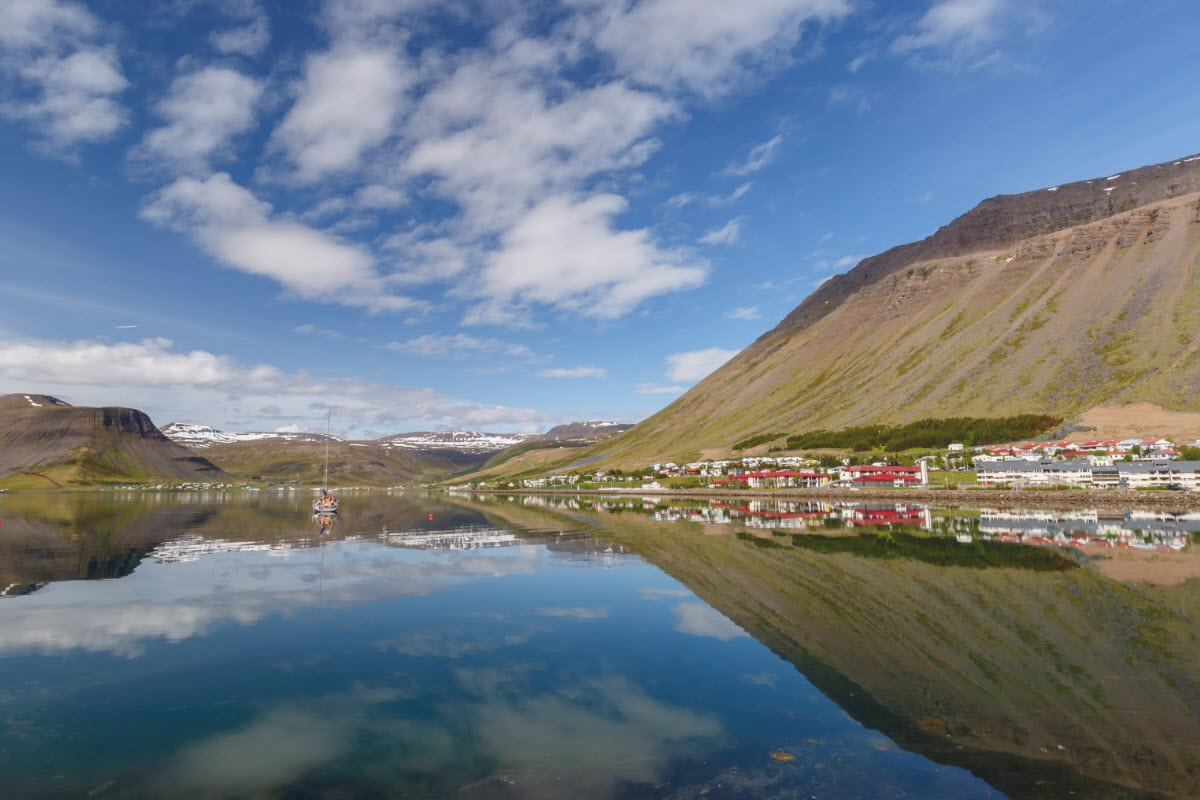 The coastline of Ísafjörður town in the Westfjords of Iceland

The road to Ísafjörður with beautiful surroundings on the way

Old house in Isafjörður town in the Westfjords of Iceland

The view over the fjord and the town of Ísafjörður