Kirkjubæjarklaustur (Church-village-abbey) is located by the main road between Vík í Mýrdal and Höfn. It is about 260 kilometres from the capital Reykjavik and Population is around 120 habitats. The village and the surrounding area Skaftárhreppur municipality has a long and interesting history. There was a abbey there for many centuries and there are many interesting folktales related to the area.

For example at the cliff Systrastapi (The Nuns cliff) it is believed that two nuns were killed there and buried as a punishment for a bad behavior. The tomb is located on the top of the cliff. The waterfall Systrafoss (The Nuns waterfall) is very beautiful waterfall in the centre of the village and above the waterfall is the Lake Systravatn (The Nuns lake). You can also find the cave Sönghellir there (The Singing cave) and nearby the village is Kirkjugólf (The Church floor) columnar igneous basalt rocks.

The area was a central point for the great volcanic eruption in 1783, called Skaftáreldar, where the craters Lakagígar formed, about 50 kilometers long volcanic fissure in the highlands above Kirkjubæjarklaustur. The people who lived in the area at that time did go through a lot of suffering. Due to the eruption there were volcanic ash falling down from the sky, thunders and lightning, earthquakes and a lot of poisoning gas. There was a lot of lava flowing all around the area and because of it many farms were ruined and many people died. It is believed that the population of Iceland was around 76.000 before the eruption but after it probably went down to about 52.000 people. 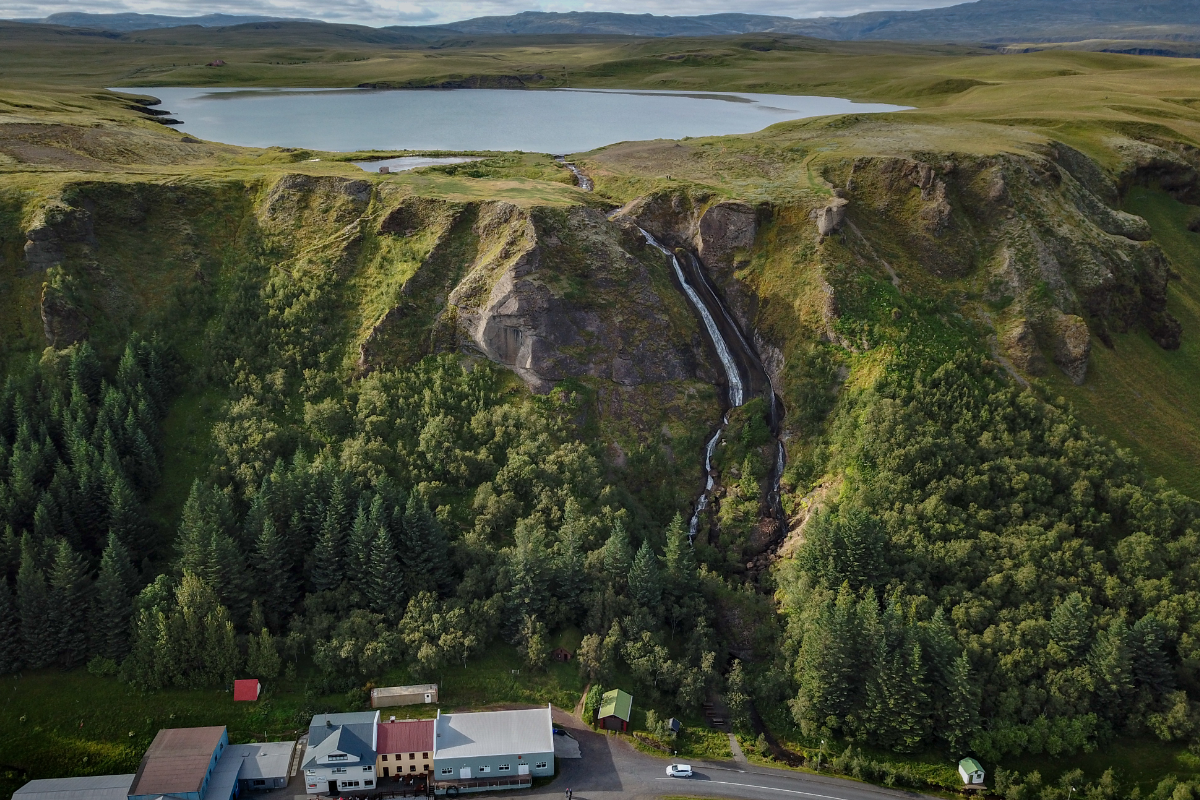 The priest Jón Steingrímsson lived in the area during this great volcanic eruption and he wrote a diary about what happened there, he is believed to be the first person to write or describe flowing lava. This diary has a lot of information about the effect of the volcanic eruption had on the life of people there, people who had no chance of surviving because they could not get help from anywhere.

Due to this great volcanic eruption in 1783 the climate changed all around the planet and some say it was the beginning of the French revolution, because of the cooling in the climates crops were not growing as before in Europe. If visiting the village you should stop by at Skaftárstofa centre where you can find a lot of information about the area and its history as well as information about Skaftáreldar and Lakagígar eruption. 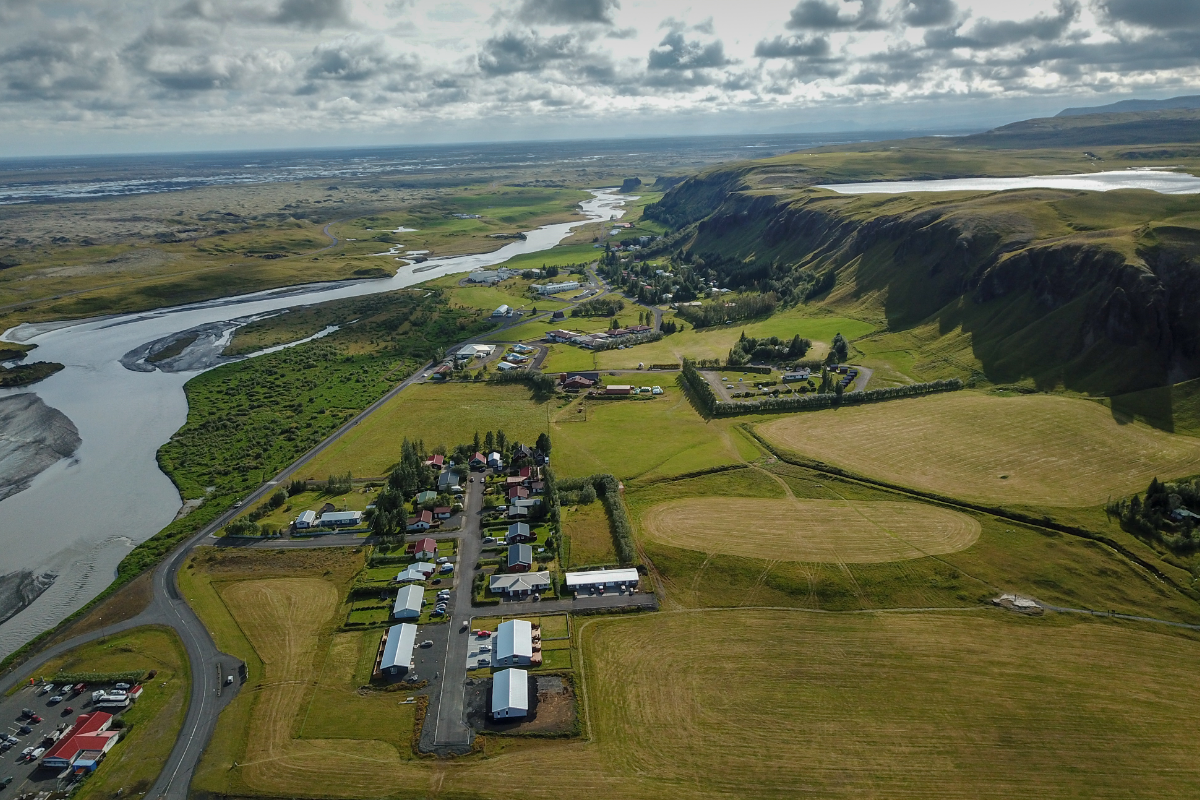 Now Kirkjubæjarklaustur and surrounding area is a popular place for tourists to stop by on their way around South Iceland. You can find many good accommodations and restaurants in the area and it is a great location to spend few days looking around in nature and to discover the great history there.

Distance from Reykjavik: About 260 km