Stokkseyri is a small town in south of Iceland with a population around 445 people. The town is part of municipal Árborg along with Selfoss, Eyrarbakki and Sandvíkurhreppur. Drive to Selfoss takes about 15 minutes and only 10 minutes to Eyrarbakki.

Stokkseyri was settled around 900 AD when Hásteinn Atlason, a norwegian man, came to land where the small village stands now. The neighbour town Eyrarbakki was the most important trading center in Iceland in the late 19th century and because how close Eyrarbakki was to Stokkseyri it had a great influence in the development of the town as a fishing and trading center.

But Stokkseyri had the same problem as other towns in the south. The conditions for the harbor were not good and it was sometimes hard to bring the ships to the shore, especially in bad weather. Later when the bridge was built over Ölfusá to Selfoss transportation moved there and Stokkseyri lost its role in trading and fishing. Today most people seek employment outside of Stokkseyri.

Stokkseyri offers variety of activities and accommodations for tourists.
The town has an outdoor swimming pool, a campsite and a beautiful coastline that was created in Þjórsárhraun lava flow from Ice age and is known for its beauty, breaking waves and birdlife. It is possible to go Kayaking through a broad water area west of Stokkseyri or take a look at one of the galleries or museum in town. 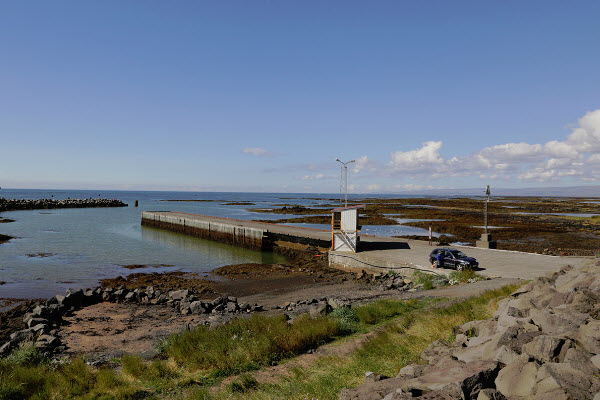 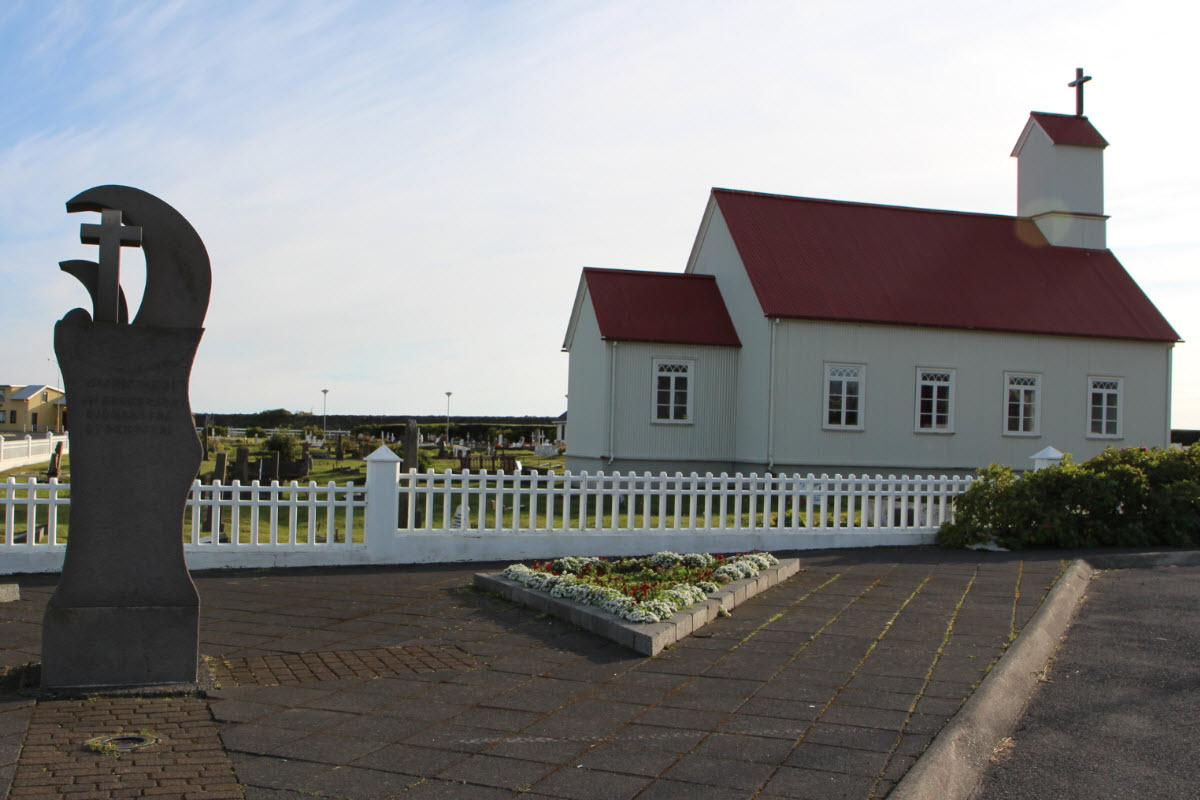 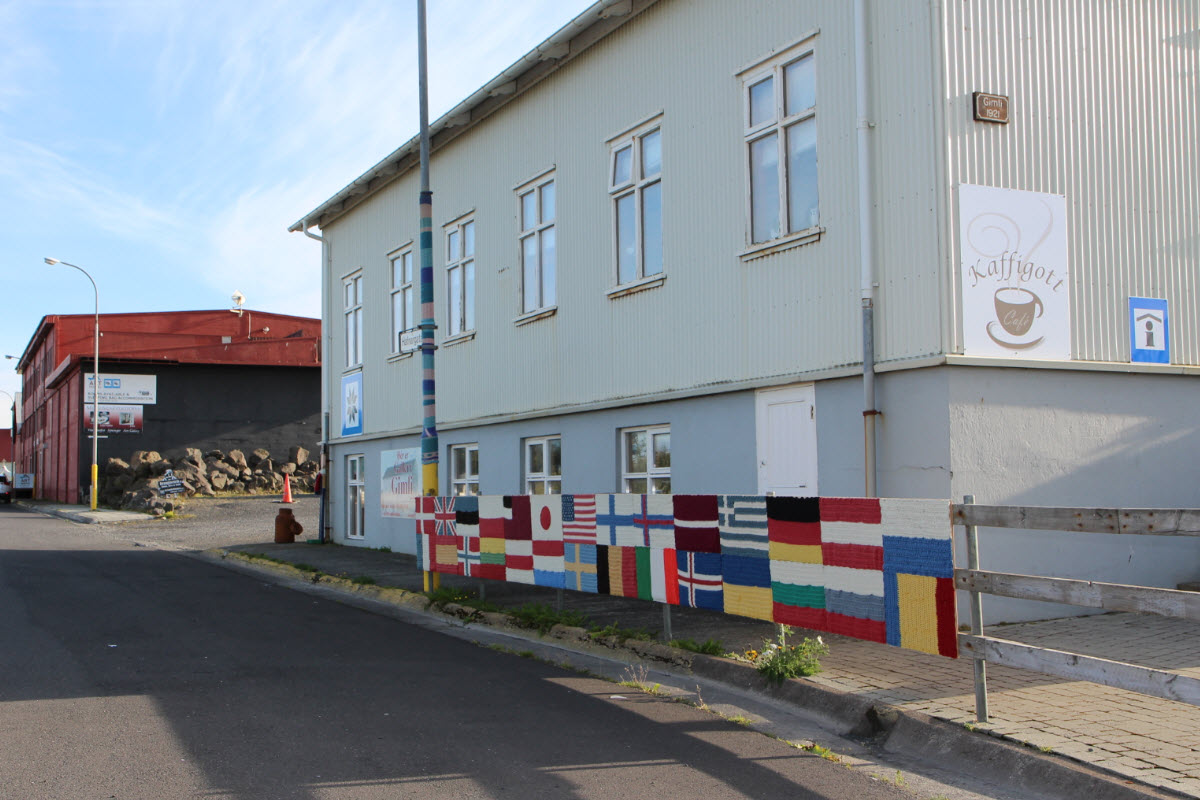 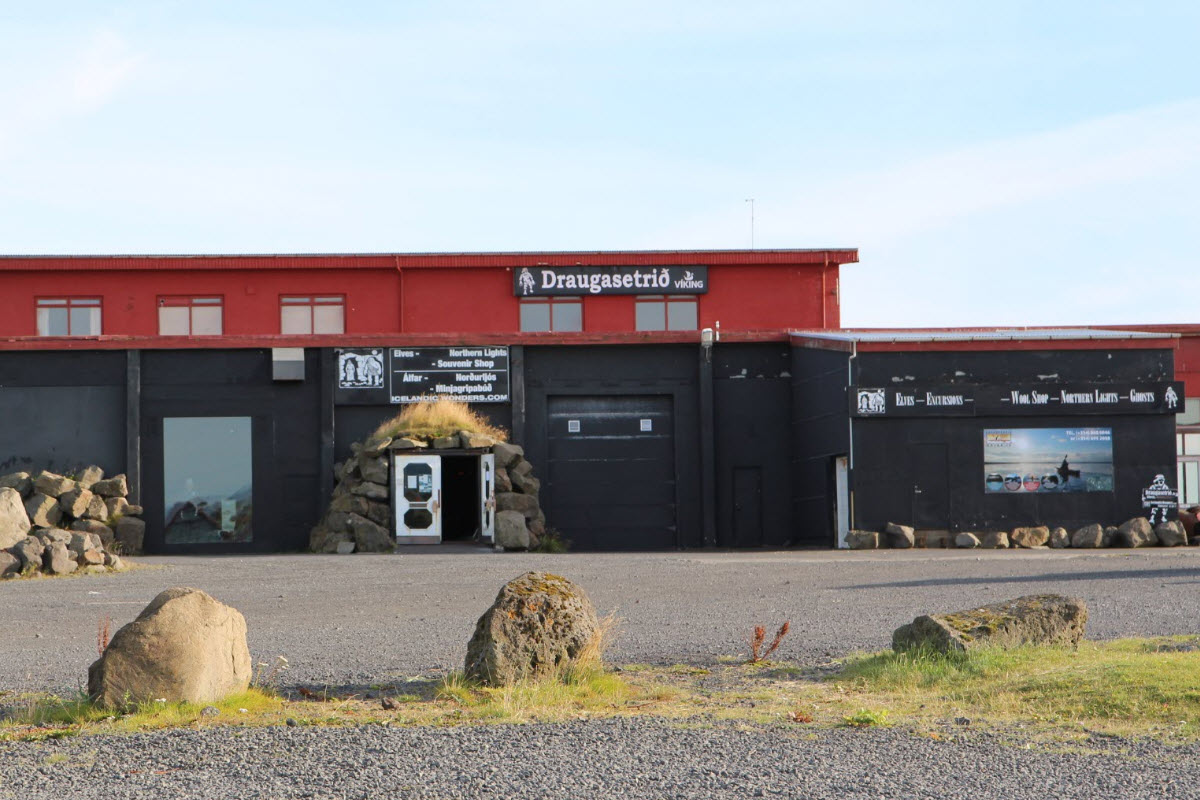 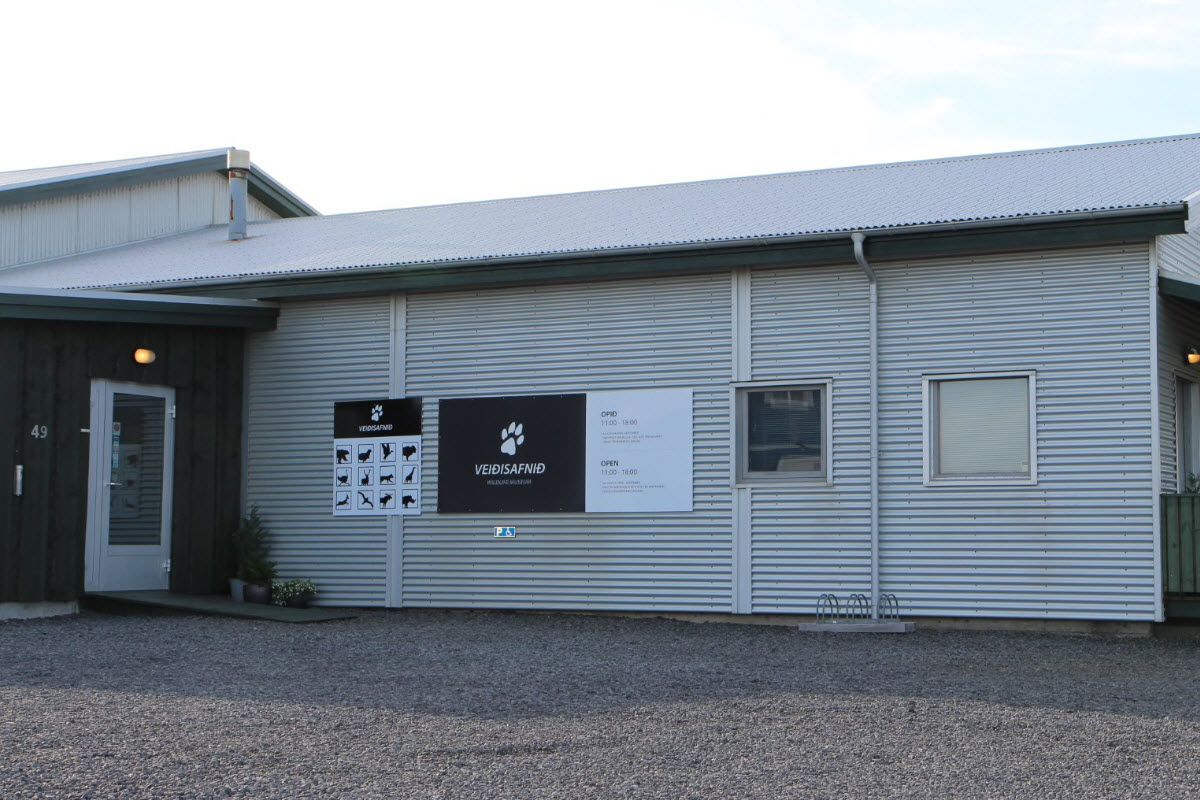 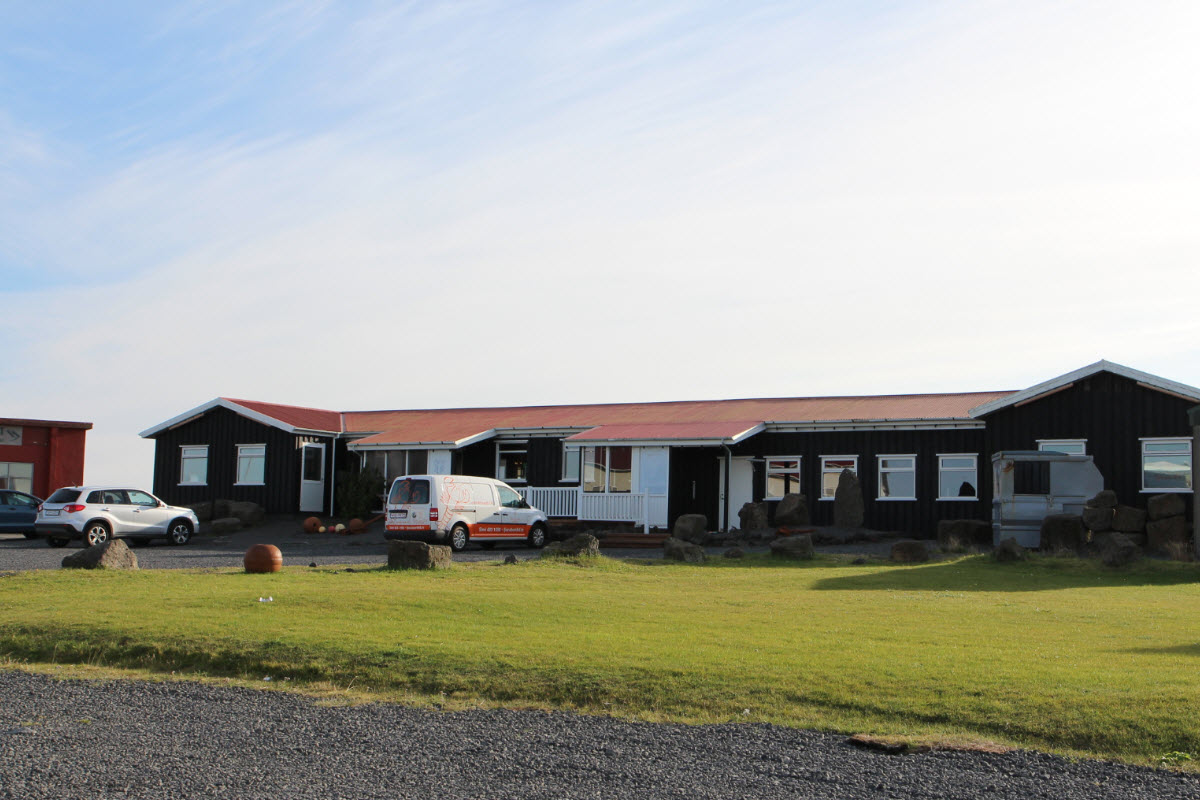 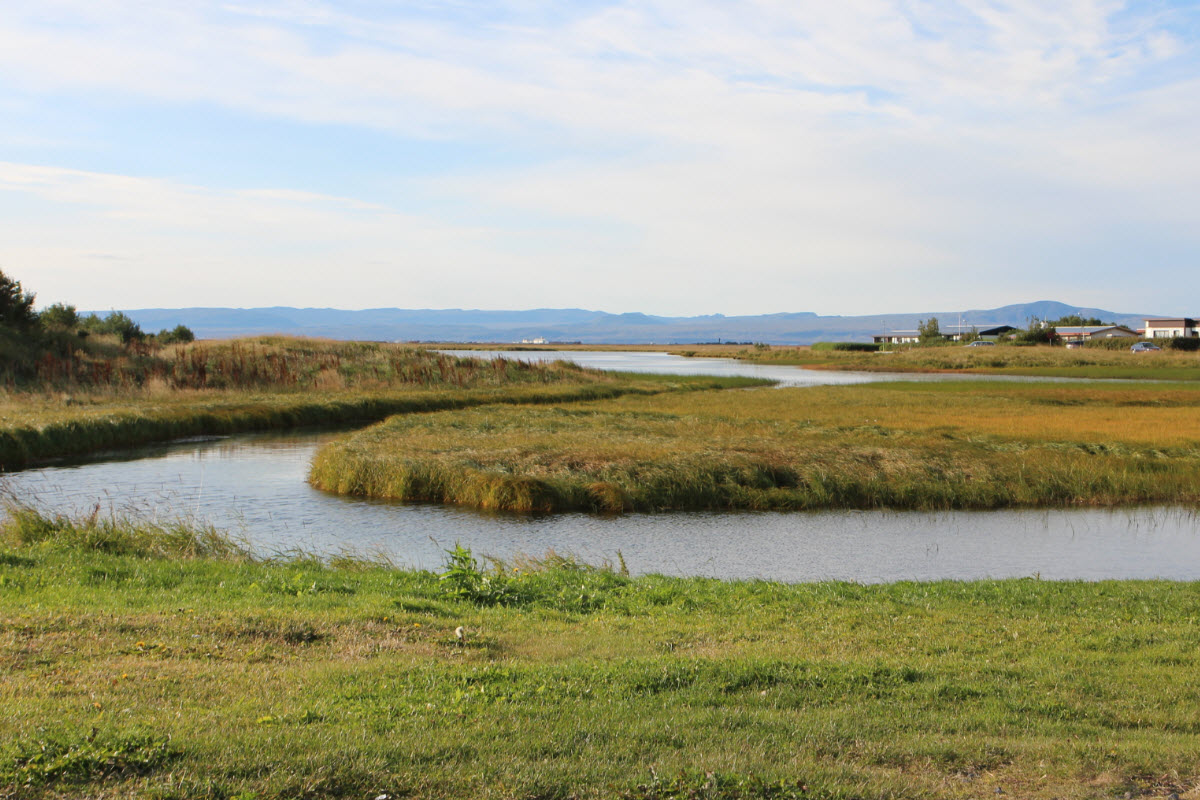 The Seashore at Stokkseyri in South Iceland

The Church in Stokkseyri

The Ghost Center is a museum in Stokkseyri about Icelandic Ghosts, Elves and the Northern Lights

The Wildlife Museum in Stokkseyri

It is possible to go Kayaking in Stokkseyri

Distance from Reykjavik: About 58 km