The Eyjafjallajökull glacier is an ice cap located on top of an active volcanic crater, which is believed to have erupted three or four times since the settlement of Iceland in the 9th century: in 1612 and in 1821 and again in 2010. Today it's probably one of the most famous volcanos in the world.

The first reliable evidence of anyone climbing the glacier is from 16th of August 1793, when physician/natural scientist Sveinn Pálsson led an expedition there. On May 19th 1823, shortly after an eruption under the glacier, Magnús Sigurðarson of Leira farm led a group of men to study the impact of the eruption. Both explorers described their journeys onto the glacier as difficult and demanding, but they also agreed that the view from the summit was magnificent and anyone who has been there will share their opinion.

US bomber crashed on the glacier

During World War II, on 16th of September 1944, a US bomber crashed on the Eyjafjallajökull glacier in bad weather. Amazingly, the entire crew survived, and managed to descend safely from the glacier after a difficult ordeal in the wrecked plane. The wreck was swallowed up by the glacial ice, but in recent years fragments of the plane have been yielded up by the melting ice at the glacier’s edge; parts of the  wrecked plane can be seen on the farm of Stóra-Mörk.  Travel on the glacier is hazardous and difficult, and should only be attempted by experienced mountaineers.

The glacier projects above the nearby mountains, dominating the landscape. The glacier has featured in the history of the region from the earliest times: the settler Rútur of Hrútafell is said to  have chased a runaway slave, Guðni, up onto the glacier to kill him. And when the Icelanders adopted  the Christian religion around 1000 AD, a certain Runólfur of Dalur is said to have taken his idols of the  Norse gods and flung them into the glacier. Placenames on the glacier, Guðnasteinn (Guðni’s Rock) and Goðasteinn (Gods’ Rock) may be derived from these events.

In March 2010 a small eruption started close to the famous hiking trail Fimmvörðuháls. Two new craters were formed in this eruption called Magni and Móði after the sons of Thor, the Norse god of thunder. The craters can be seen when hiking the Fimmvörðuháls trail as well as the lava field from the eruption called, Goðahraun.

On April 14th 2010 the top crater in the center of the glacier of Eyjafjallajökull started erupting. The eruption was explosive and much bigger then the eruption in Fimmvörðuháls. Big floods (Jökulhlaup) followed this eruption and volcanic ash was thrown few kilometers up in the atmosphere from the crater. The eruption caused problems both in Iceland and all over Europe. About 800 people in Iceland had to evacuate from their homes and air travel was interrupted in Europe for six days and many airports were closed down including Heathrow one of the biggest airport in Europe.

The amazing Eyjafjallajokull can be seen from many areas along the South Coast. 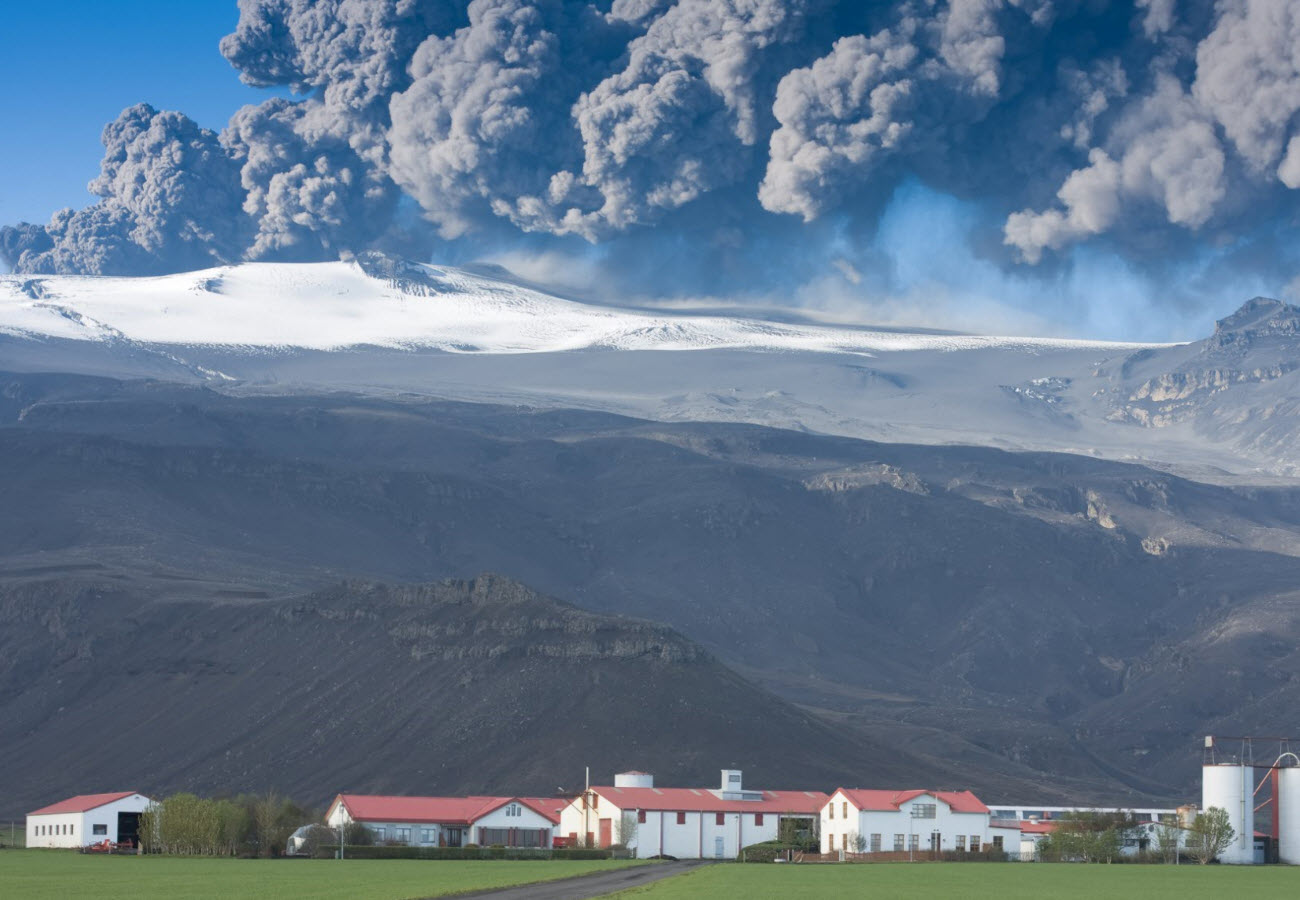 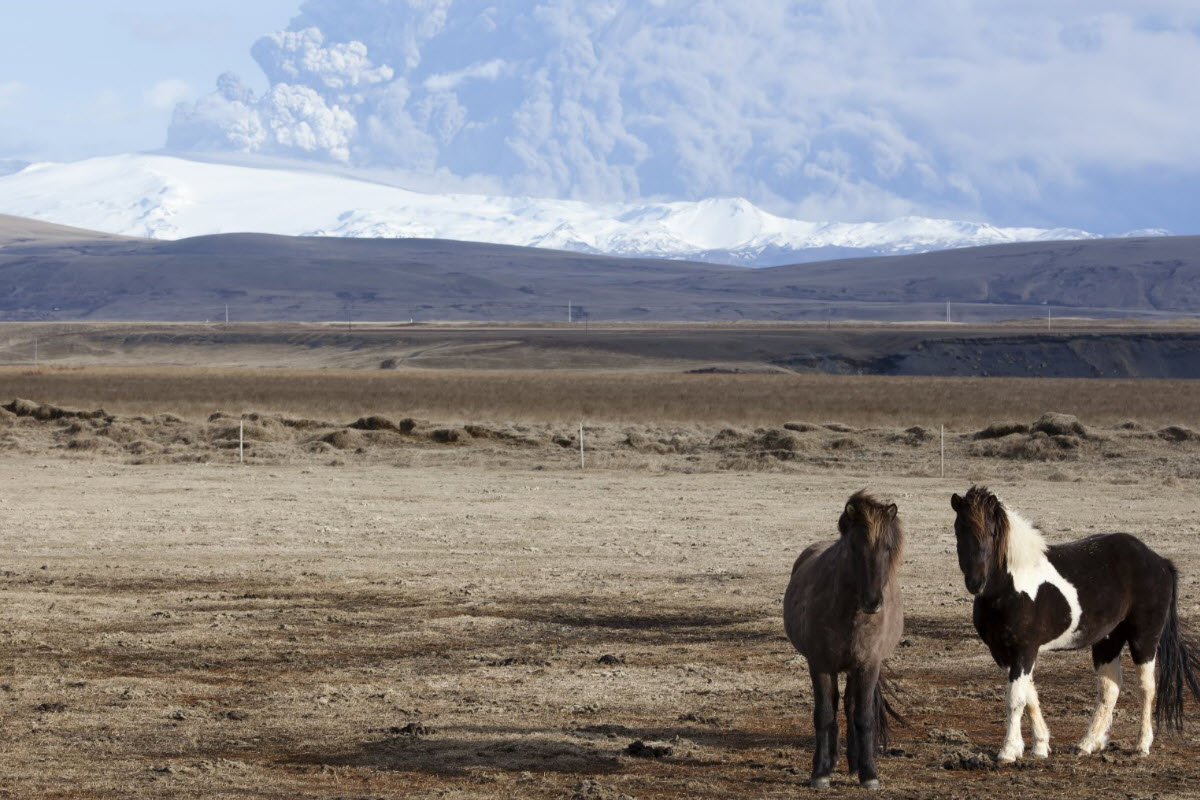 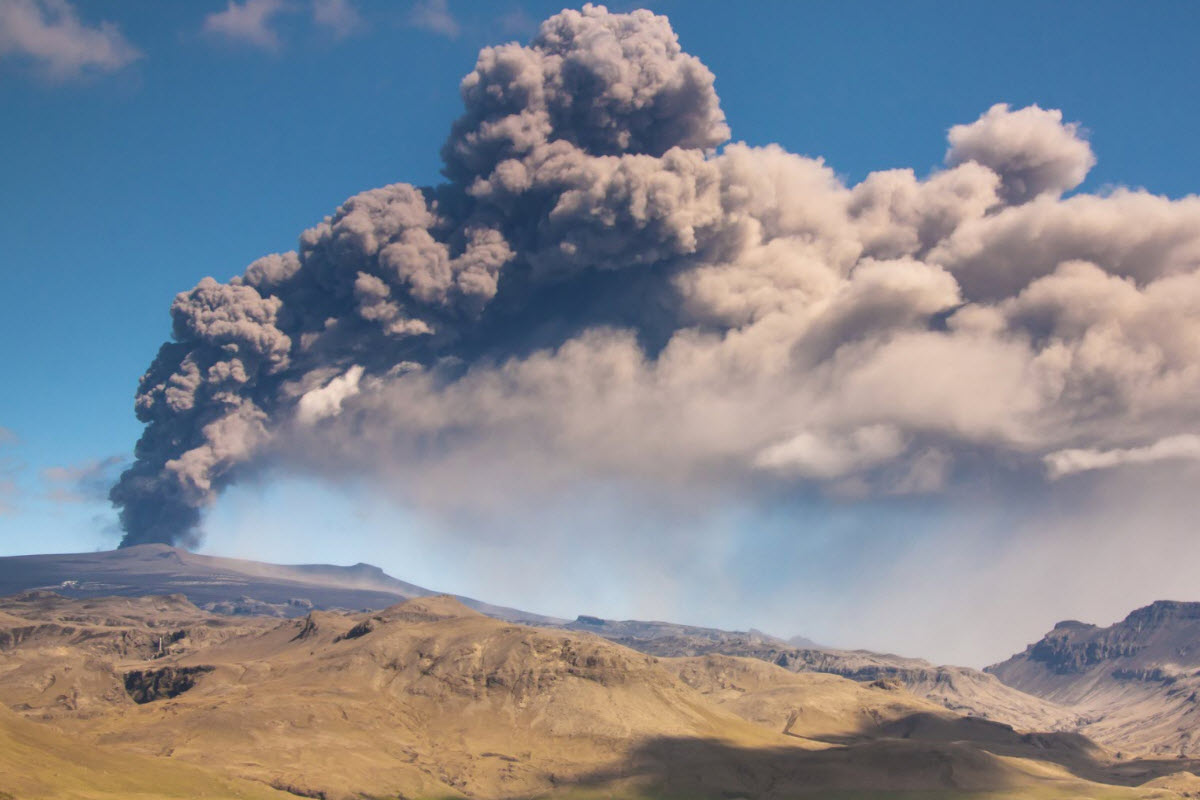 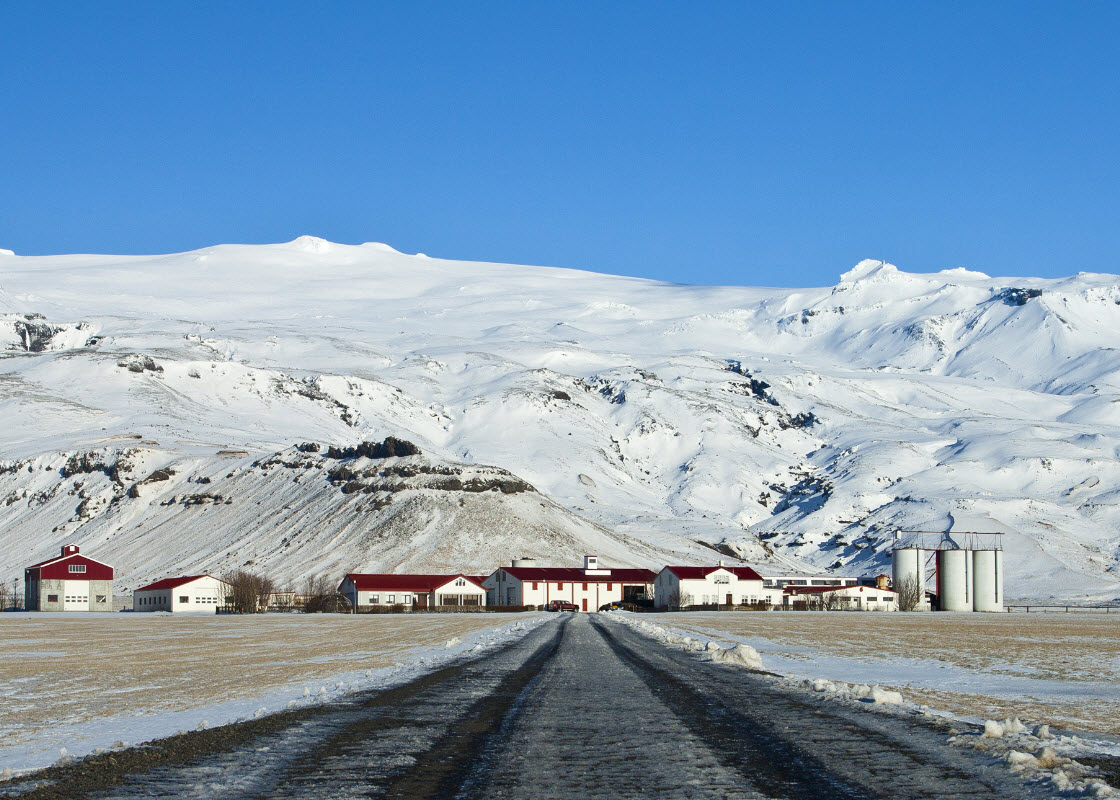 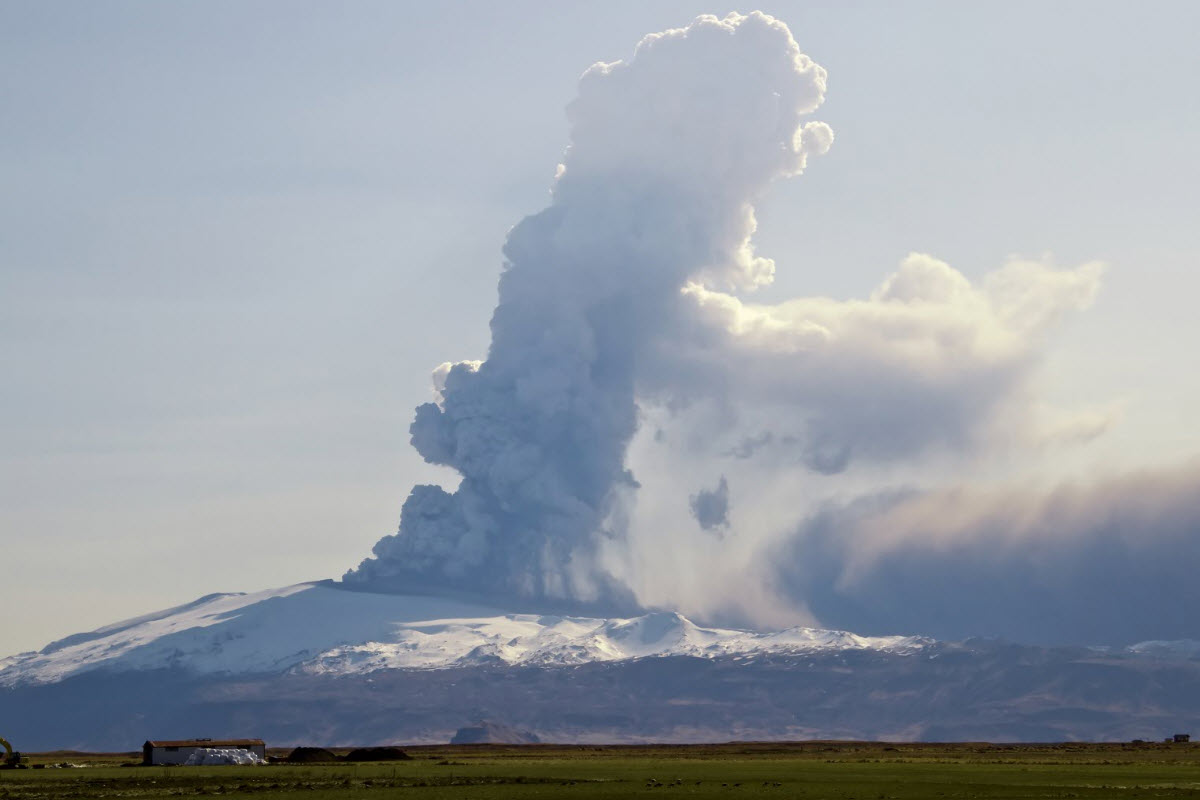 Eruption in Eyjafjallajokull in 2010 close to the farm Þorvaldseyri

Icelandic horses and the eruption in Eyjafjallajokull in 2010

The farm Þorvaldseyri and Eyjafjallajokull in the background Discover the beautiful landscape opening up between the mountains and sea in southern Iceland.