The old Seljavellir swimming pool has long been renowned for its spectacularly beautiful natural setting, of magnificent volcanic scenery with brooks and waterfalls. Built in the early 20th century, the Seljavellir pool was a remarkable achievement in its time.

A local man, Björn J. Andrésson, had been appointed to teach sports and swimming. He decided that a swimming pool should be built above the farm of Seljavellir, where geothermal springs flowed from the rock. He gained the support of local farmers, promising them free swimming lessons when the pool was completed. Twenty-five men took part in the task.

The original Seljavellir pool was built of traditional Icelandic construction materials, rock and turf, in 1922. Nine metres long and 4-5 metres wide, it took two days to build. Swimming lessons were due to commence three days later. Twenty-five people were registered for the first swimming/sports course, during which they camped at the swimming pool in tents.

The swimming pool was such a resounding success that the following year a larger concrete pool was built on the site, inventively constructed using the rock face as one side of the pool. It was the largest swimming pool in Iceland at the time. The old Seljavellir pool gradually fell into disuse, and was superseded by the modern pool, but in 1998 it was thoroughly restored and renovated, and today it is once again the pride of the local area.

From Reykjavík it is about 2 hour drive to Seljavallalaug on Ring Road nr 1. After passing the town Hvolsvollur drive for about 30 minutes and then turn left on road 242. Drive until the parking lot and walk from there to the pool.
Read more about Driving in Iceland.

The first part of the route is along the dirt road, with splendid views of the Svarthamrar cliffs. Continue until you reach a largish brook which forms waterfalls north of Svarthamrar. Cross the brook by the pedestrian bridge.

Now follow the broad clear footpath along the mountainside. A rather rocky scree must be carefully crossed, below striking formations of columnar basalt. Beyond the scree, streams of hot water flow across the path, and before long you will see the old Seljavellir swimming pool, built up against the rock face, a remarkable monument to the pioneers who built it in the early 20th century, utilising the natural hot water from the ground to provide an important health facility for the local population.

Beyond the pool, hot water can be seen cascading out of the rock face. The surroundings of the pool are beautiful and spectacular.

After stopping at the pool, retrace your steps, enjoying the view out to sea and to Lambafell and Raufarfell (Bjarnarfell). 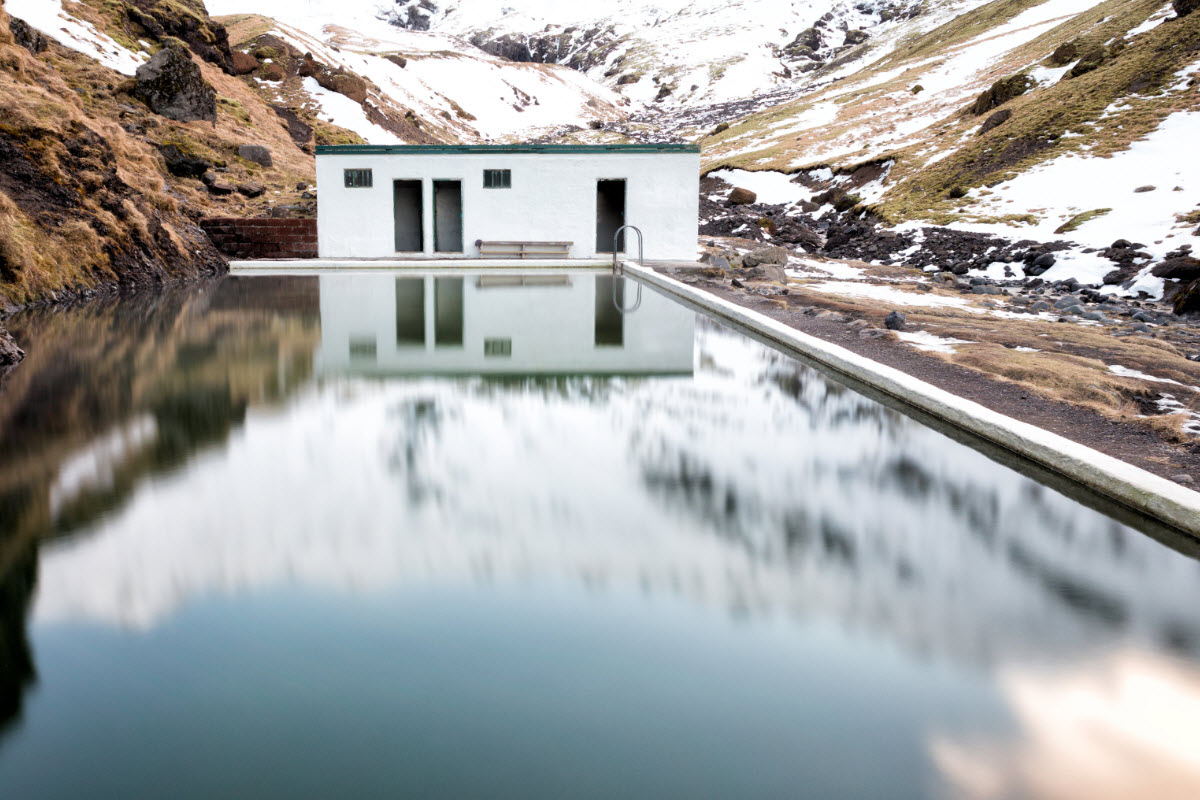 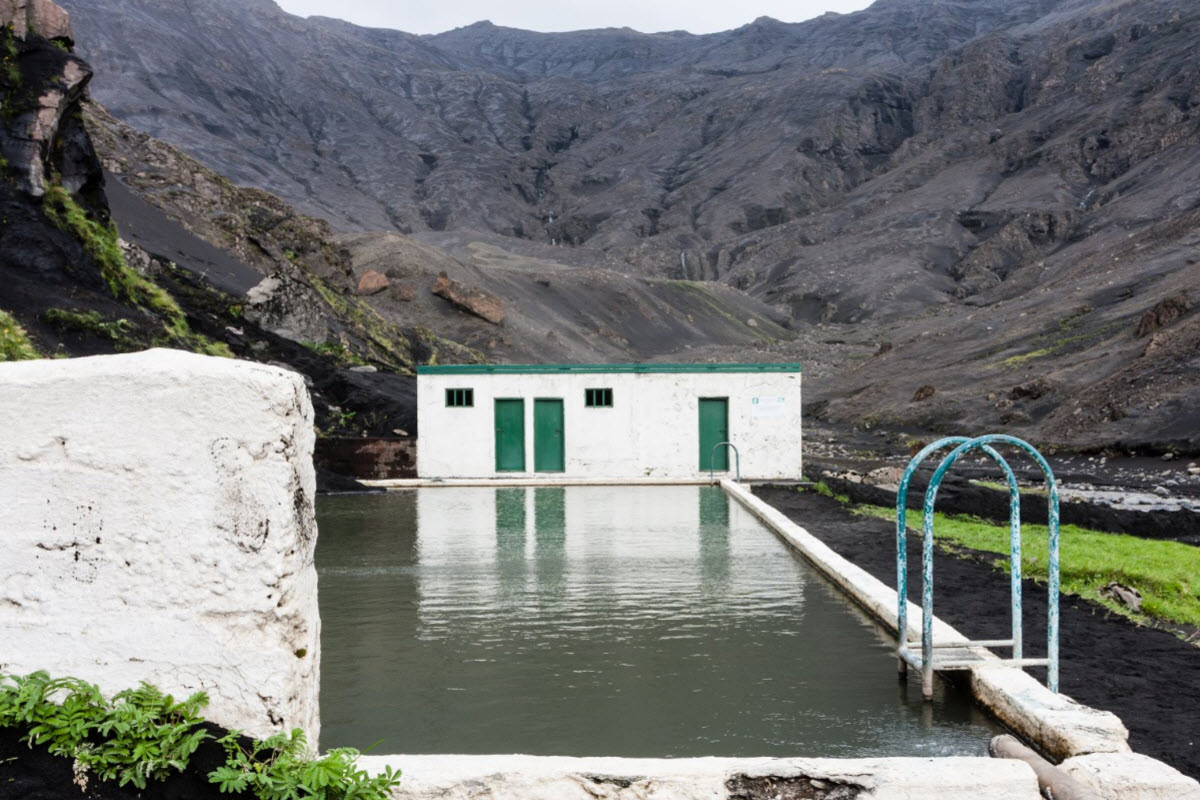 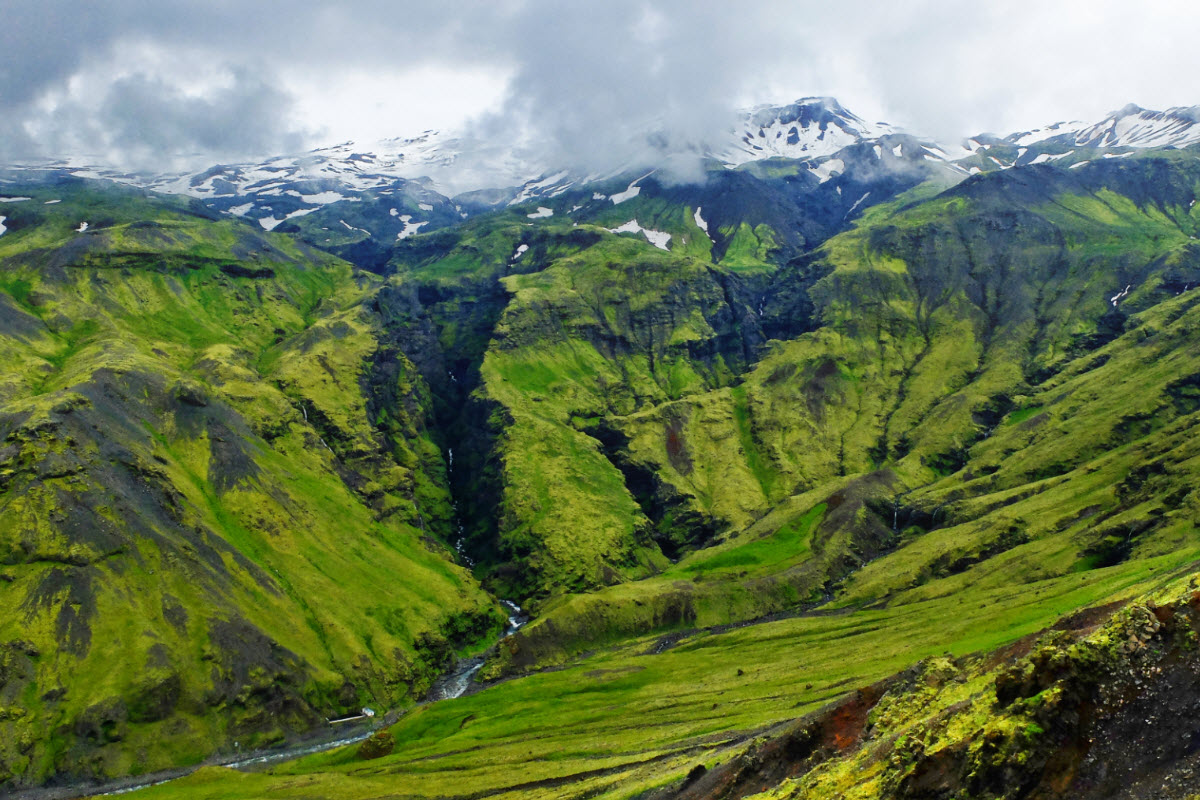 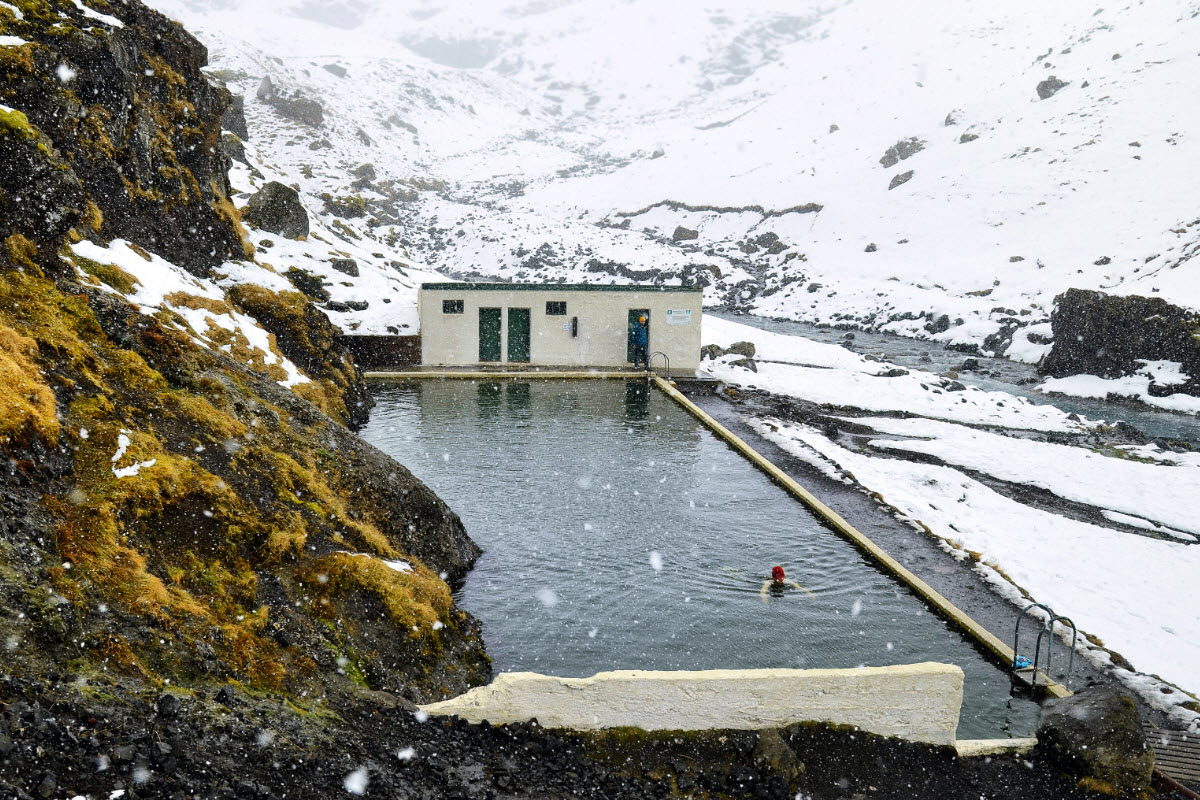 Seljavallalaug is a natural pool located close to Eyjafjallajökull volcano

The landscape around the pool is amazing

After a long day in Iceland it is perfect to dip in the warm and cozy pool Seljavallalaug and relax, surrounded by nothing but the nature

Terrain: Gravel. Scree in one place.