Skálholt is one of the most historically important site in Iceland, located in the southern region of Iceland between the rivers Hvítá and Brúará. For more than 700 years it was episcopal seat and a center of culture and education. In the year 1000 A.D. christianity was made the official religion by law in Iceland and Ísleifur Gissurarson was ordained the country's first bishop in the year 1056. Also in 1056 the first school of Iceland was founded at Skálholt.

Along with the bishop’s office the first cathedral was built in the 12th century and with other significant activity like the school, farming, smithy and a monastery for a while, Skálholt became the most important town in Iceland throughout the middle ages.

The church was a powerful institution in Iceland but 10 churches have been built of wood at Skálholt, some of them were destroyed because of weather and some burnt down. During the mid 16th century icelanders converted their religion to Lutheranism then under the rule of Denmark and in the year 1550 the last Catholic bishop, Jón Arason the bishop at Hólar, was executed along with his two sons at Skálholt, marking the end of Catholicism in Iceland. In the 18th century natural disasters like volcanic eruptions and earthquakes, among other things, were the reason the episcopal see and the school were transferred to Reykjavík.

Since 1874 religious freedom has been a legal right in Iceland and today about 70% of icelanders are part of the Church of Iceland. Today Skálholt receives many visitors every year because of its historical significance but it has more to offer than history, it is a place of culture, spirituality and music run by the Church of Iceland and open for all. The Cathedral is also famous for its summer Music Festival that is held five weekends in July and August. Skálholt is on the Golden Circle Tour and is open every day from 9:00 - 18:00.

Skálholt is located about an hour from Reykjavik and is part of the Golden Circle Route. From Reykjavik take Ring Road nr. 1 towards the town Selfoss. Before the town take road nr. 35,drive for about 20 minutes and then turn right on road nr. 31, drive for five minutes to Skálholt.
Read more about Driving in Iceland. 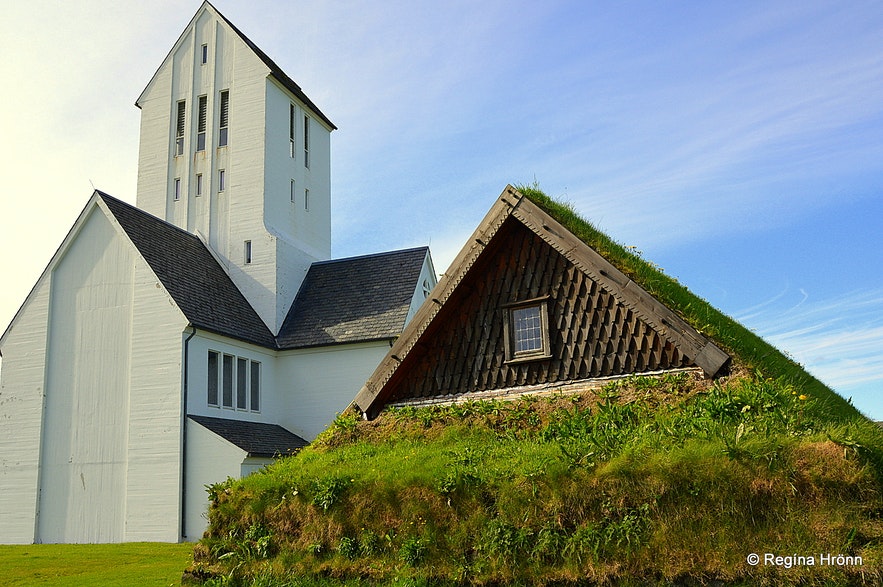 The church at Skalholt in Iceland