Þjófafoss or “thief falls” runs in the river Þjórsá, the longest river in Iceland, and is located in the middle of Merkurhraun lava field in the south of Iceland. Legend has it, as the name of the waterfall indicates, that thieves were drowned there for their crimes back in the days.

The scenery from the southside of the Waterfall, with the beautiful mountain Búrfell in the background, is breathtaking and amazing place for photography. Further upstream in the river Þjórsá is the hydroelectric power station Búrfellsstöð. The station controls the waterflow in the river so sometimes the water in the river dries up when the power station is using the water and the waterfall disappears.

The drive from Reykjavík to Þjófafoss is about 90 minutes (120km). Someone would feel like the waterfall is in the middle of nowhere but if you are travelling in the south part of Iceland it is worth the detour.

From Reykjavik: Ring Road nr. 1 heading east. After the town Selfoss drive for about 27 km and then turn left on Landvegur Road nr. 26. Drive approximately 45 km and then you will see a sign for Þjófafoss waterfall on your left side. From there it is about 4 km drive on a gravel road to the waterfall, a 4X4 vehicle is recommended for that road.
Read more about Driving in Iceland. 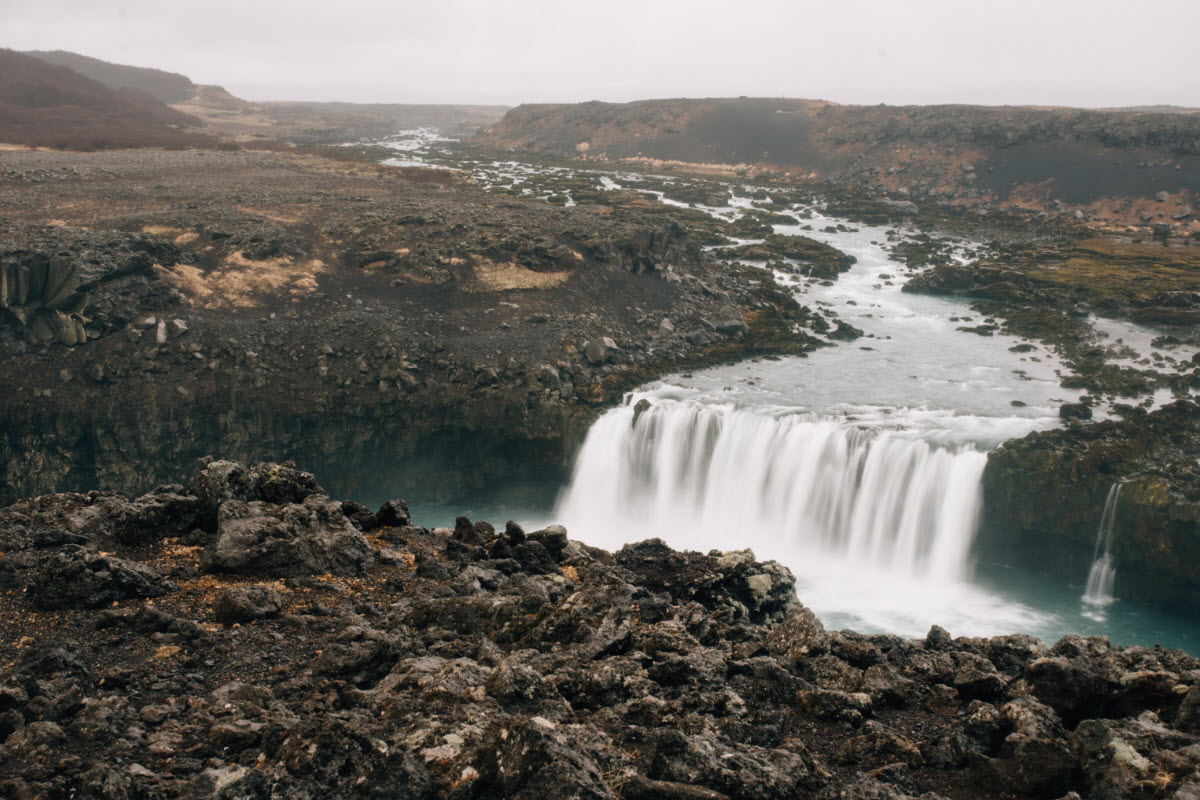 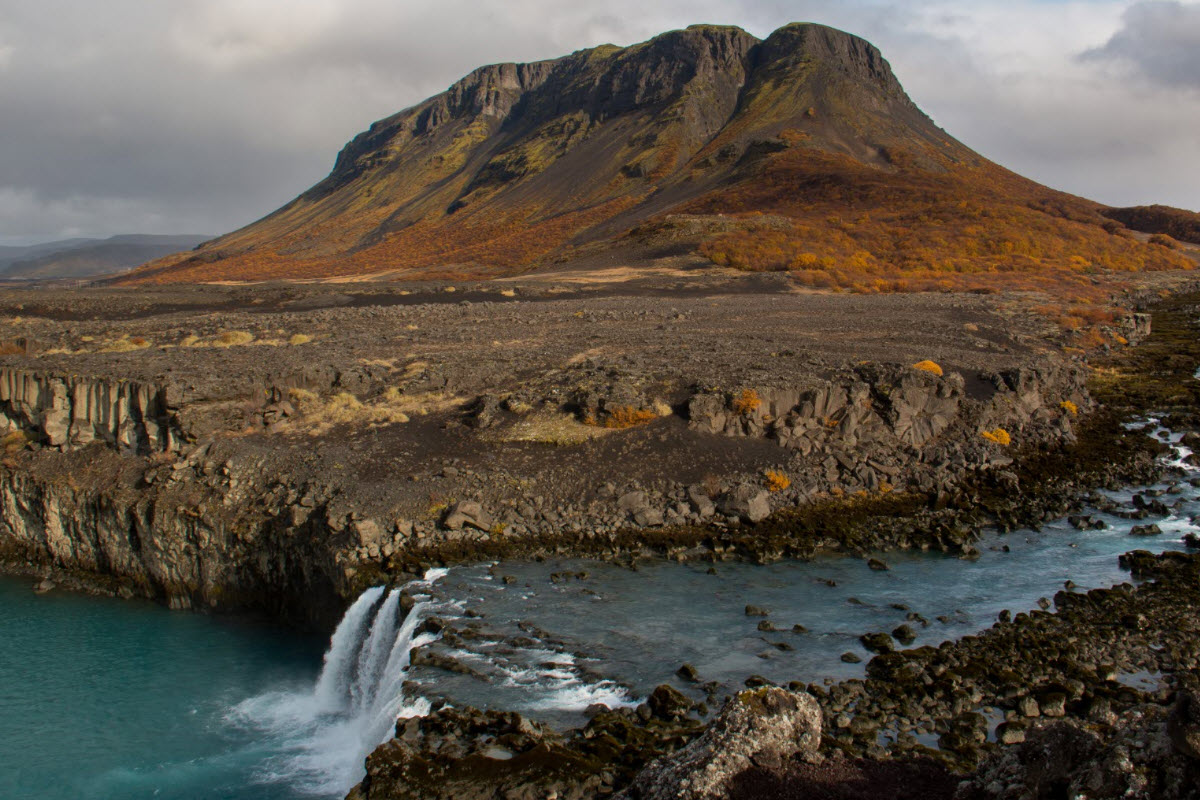 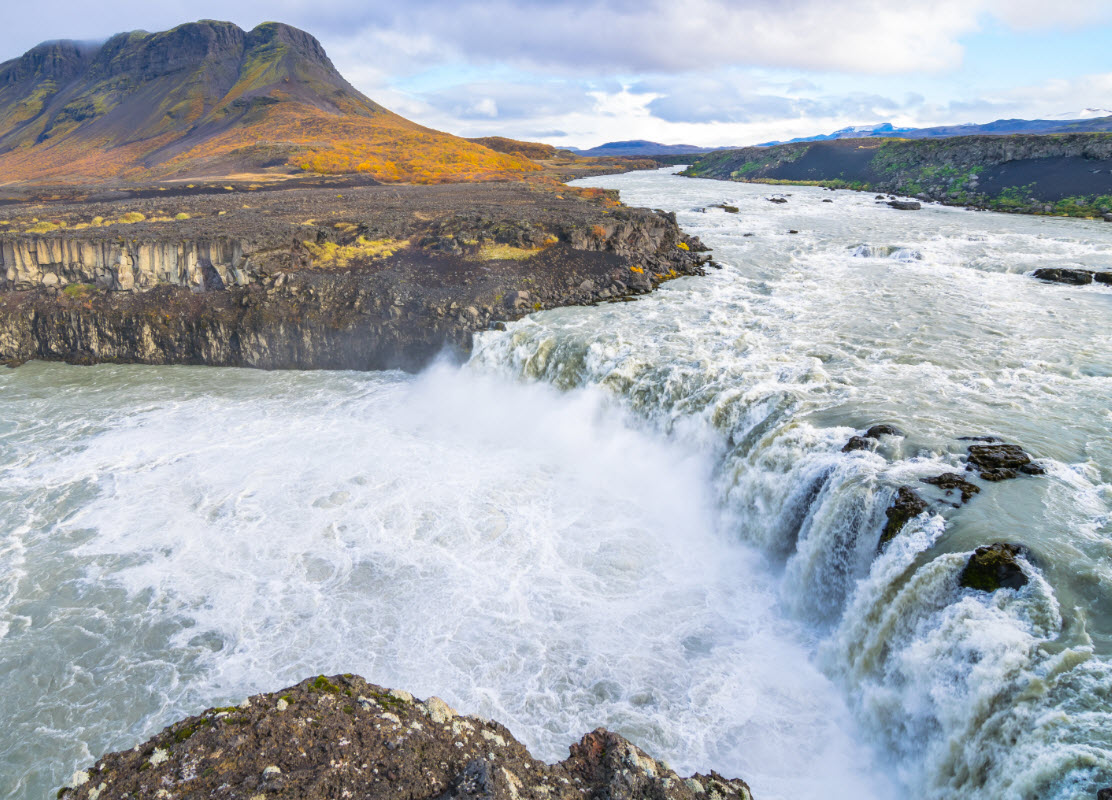 Þjófafoss or Thief Waterfall is a beautiful waterfall in South Iceland

4X4 vehicle is recommended for the route

Short walk from the road to the waterfall Þórsmörk, the valley of the Thunder God Thor, will provide you with an experience of a lifetime.