Goðafoss waterfall or the Waterfall of The Gods is one of Iceland’s most famous and beautiful waterfalls. Goðafoss falls from the river Skjálfandafljót and is located in the north-east part of Iceland between the town Akureyri and Lake Myvatn.

The blue glacial water has it origin in the highland of Iceland and runs through the valley of Bárðardalur until it falls down about 12 meters, not far from the main road. This picturesque waterfall is double-sided and about 30 meters wide. The scenery is just spectacular around the waterfall, with the surrounding lava, beautiful landscape and the blue water, especially in the winter time with the Northern Lights in the background. The lava around the waterfall is called Bárðardalshraun and ran from Trölladyngja volcano roughly 100 km, for more than 7000 years ago.

According to history the waterfall is named after the lawspeaker Þorgeir Ljósvetningagoði. Þorgeir is said to have thrown his icons of the Norse Gods into the falls after he made Christianity the official religion of Iceland in the year 1000.

The waterfall is located just off the Ring Road between Akureyri and Mývatn. The drive from Akureyri takes about 45 minutes (50 km) and 5 hours from Reykjavik (430 km). There is a sign on the road (between roads nr 842 and 844) that says Goðafoss, from there it’s just few meters to the car park. 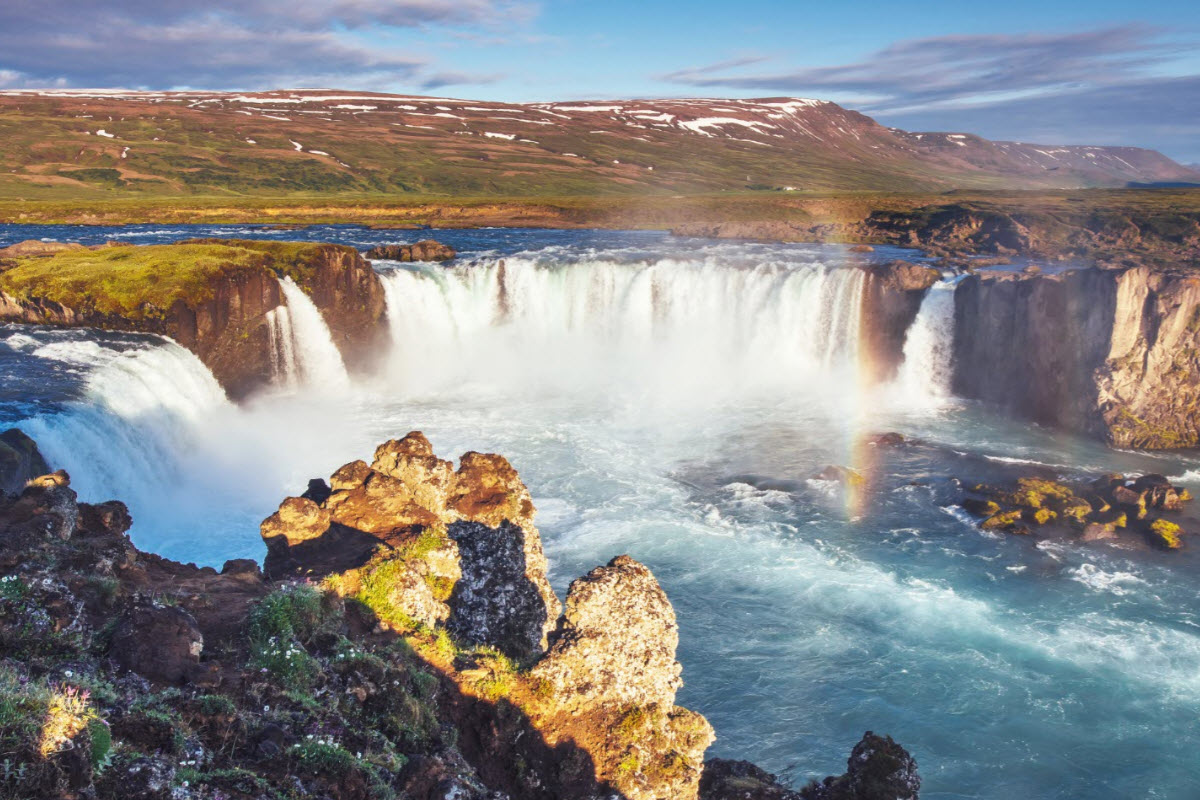 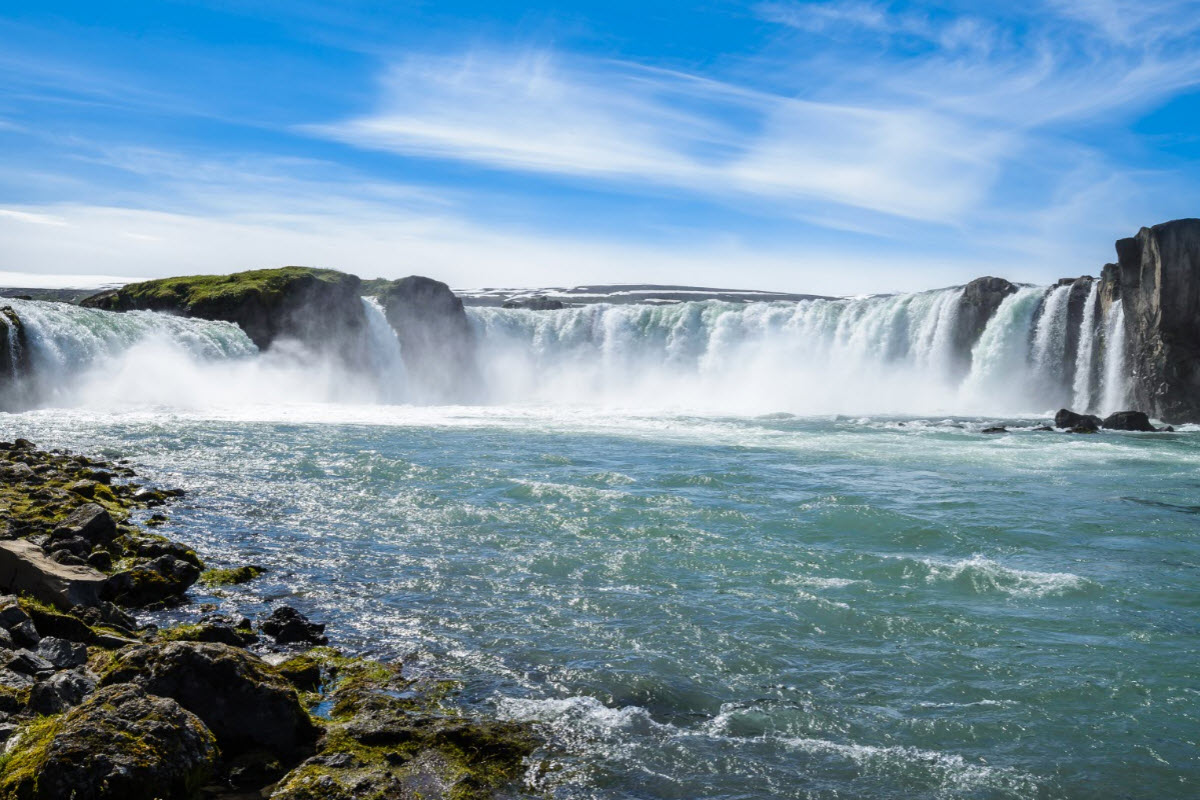 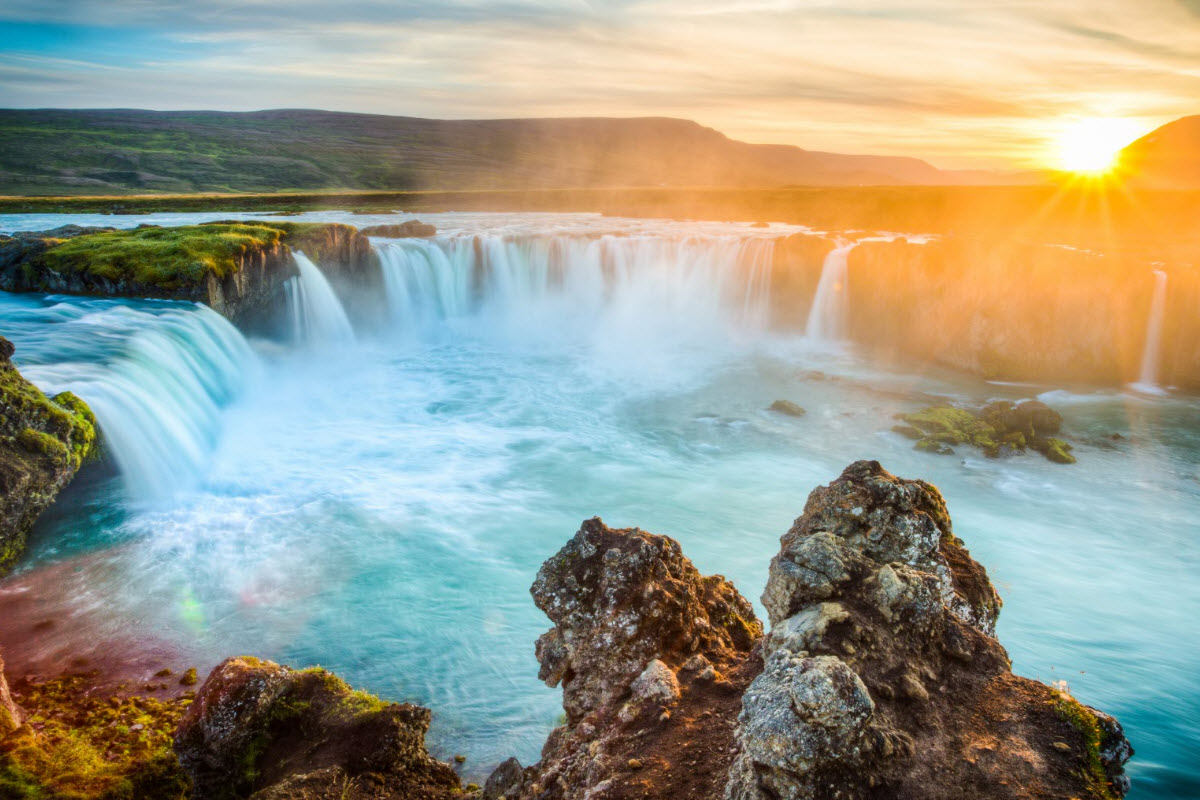 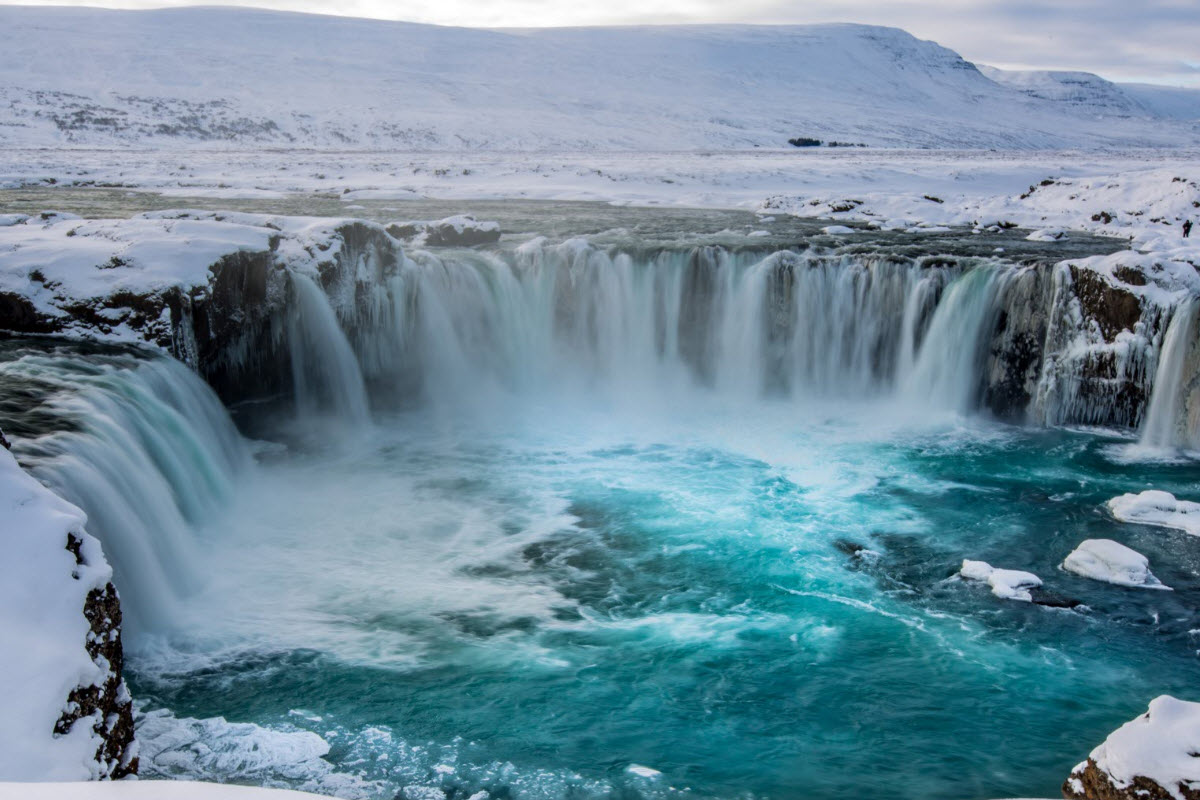 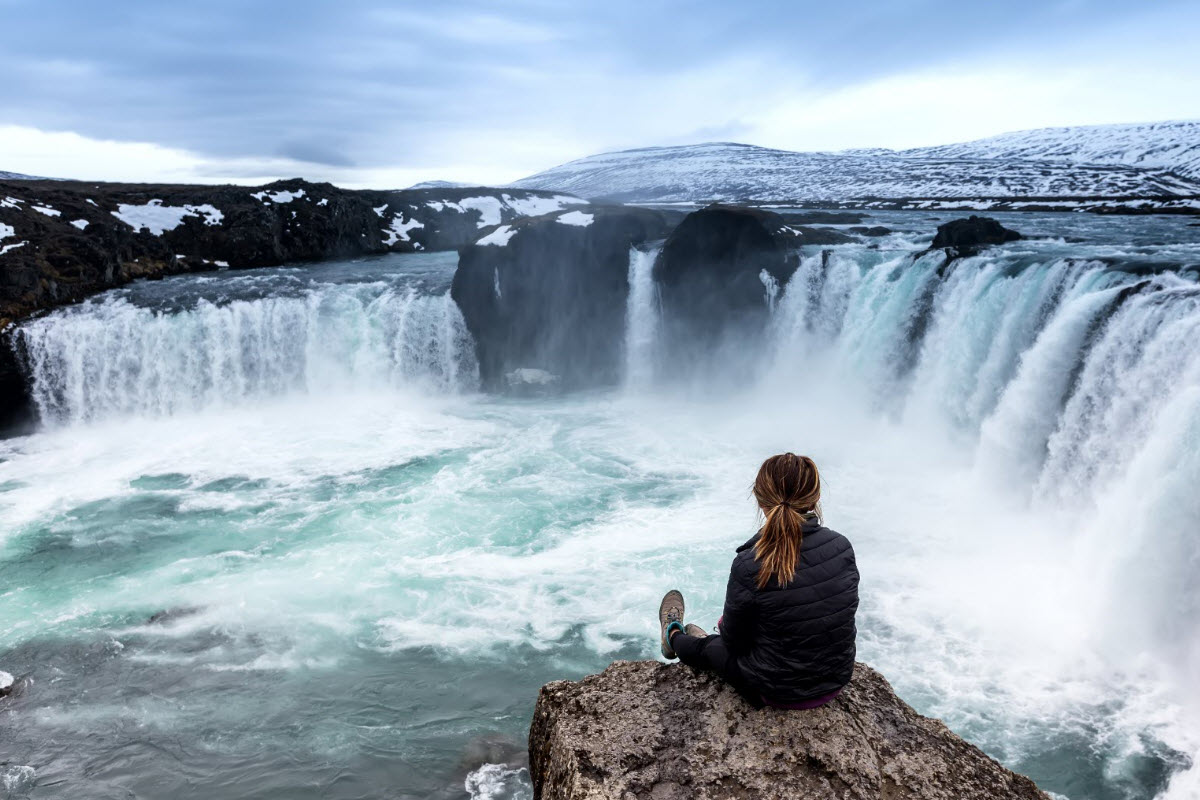 Godafoss waterfall during summer in Iceland

Godafoss is a beautiful waterfall located in North Iceland

Sunset by Godafoss Waterfall in Iceland

Godafoss during winter in Iceland