Kvernufoss or Kvarnarhólsárfoss is a waterfall in the Kverna river (also known as Kvarnarhólsá) east of Skógar. The waterfall is located in Kvernugil, a gorge with picturesque hyaloclastite and basalt formations, where the river falls in a narrow cascade about 30 metres high. Kvernufoss is unusual in that it is possible to walk behind the waterfall. The waterfall is easily accessible on foot.

A short walk through lovely surroundings.

The walk starts at the Transport Museum at Skógar. Follow the slope eastwards towards the gorge. Look up the slope and you will see Fauskadalur, a hollow with fine formations of cube-jointed basalt at the top of small cliffs, below which is a scree and then grassy slopes. Head eastwards along by an old wall that enclosed a grassfield. This was formerly barren land, but vegetation has become established here after the Kverna river was directed into one bed, rather than flooding a large area.

At the river a metal tube stands up out of the ground, the only relic of the first attempt to drill for hot water at Skógar. (The attempt failed.)

When you reach to top of the hillock before entering the gorge, you can see into the gorge: the east side is mostly scree and rock, while the west side has abundant vegetation. The waterfall is not visible from this viewpoint.

Walk into the gorge. You soon reach a rock that projects into the river. You must cross the rock it with care. Above the rock the gorge narrows and becomes rockier. Walk up the slope to see the waterfall in all its glory, surrounded by fulmars which nest on every ledge in the surrounding cliffs.

The river flows from under the rock at the east of the gorge, where fish can be seen darting in the deep pools.

Walk on down the slope towards the waterfall by a well-marked path. Notice the beautiful hyaloclastite (glassy volcanic aggregate) formations.

Next is a large overhanging cliff and below it a scree, through which is a good footpath. Beyond the scree you will have a good view of the waterfall, as it falls in a narrow cascade from the cliff edge.

It is possible to walk behind the waterfall, but take care, as the grass and rocks are wet from the spray. The rock above is also rather unstable, with a risk of falls. The area behind the waterfall is especially beautiful in bright conditions when the sun shines on the gorge and the cascade.

It is not advisable to descend on the eastern side of the waterfall, where the terrain is difficult. It is advisable to go back the same way. 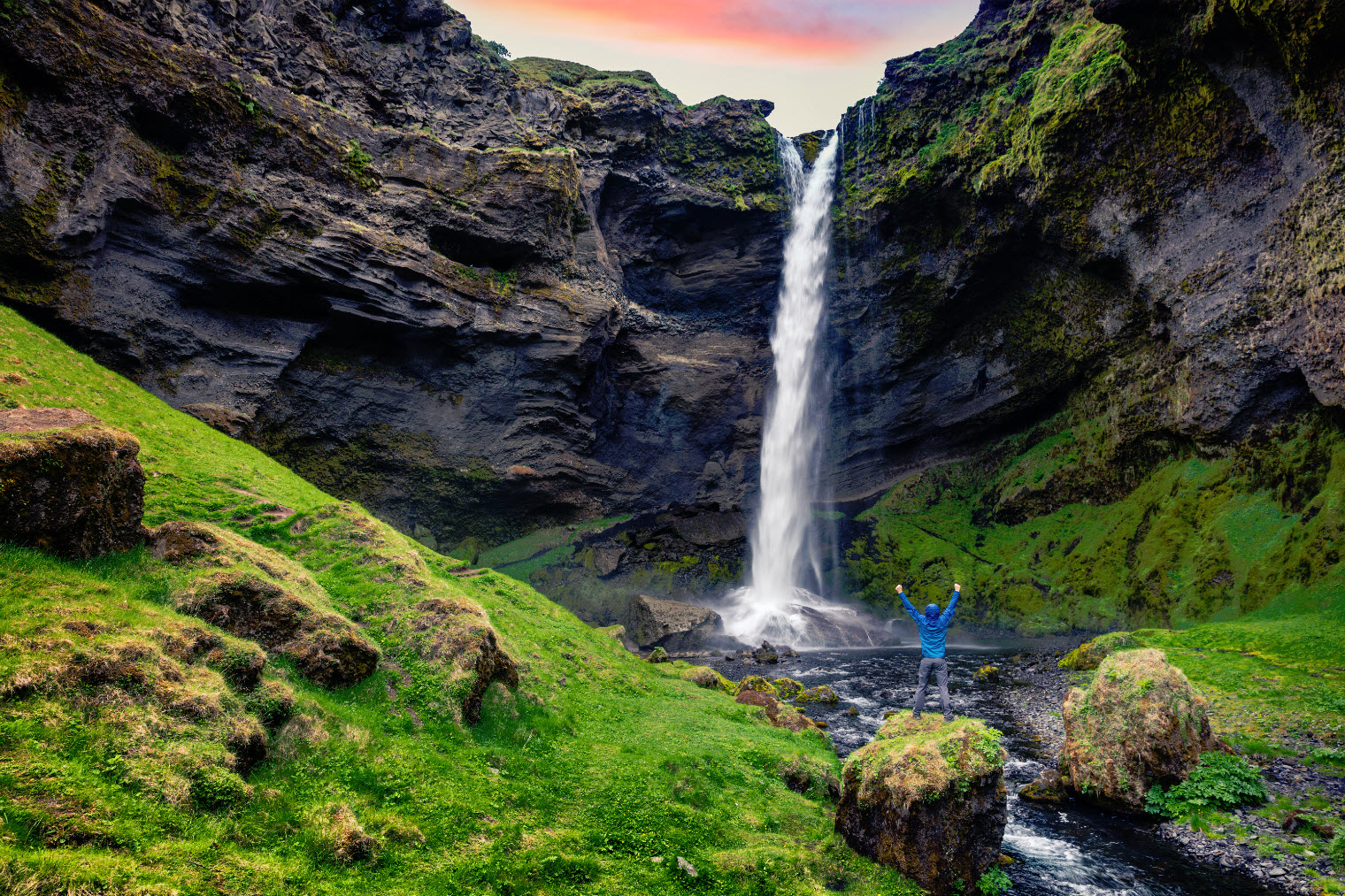 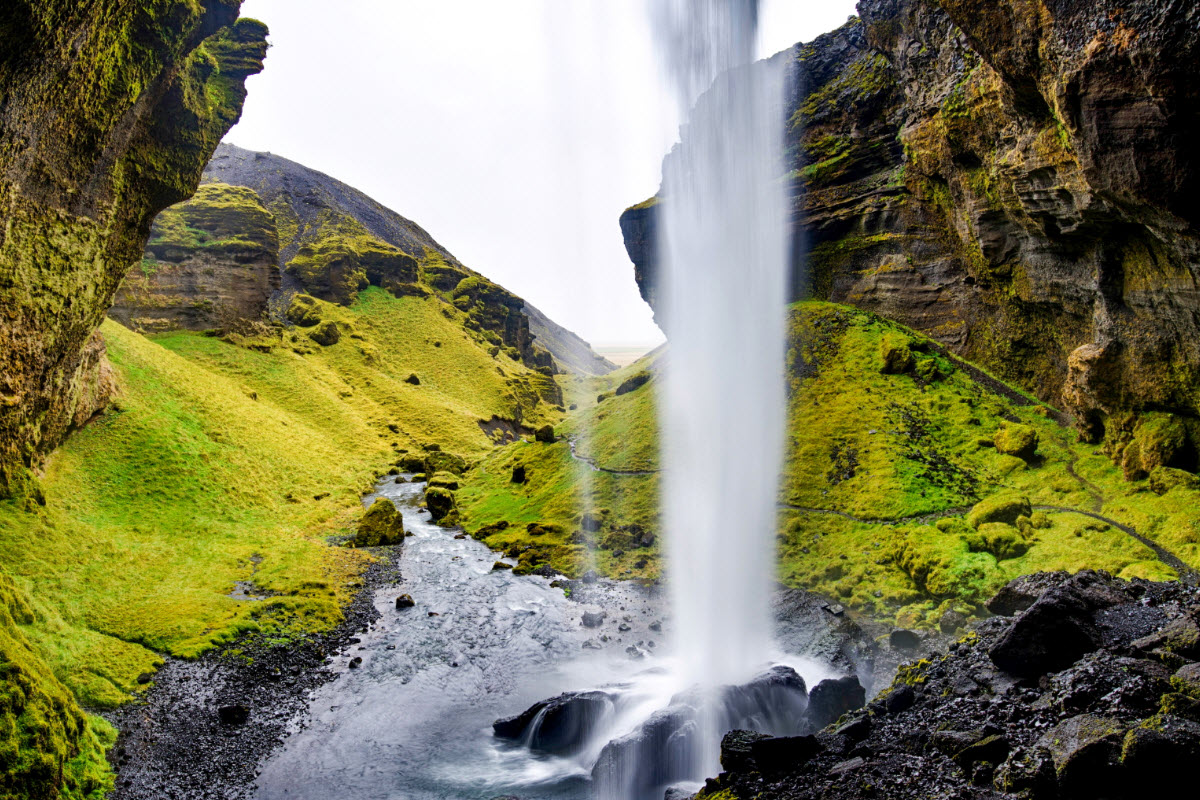 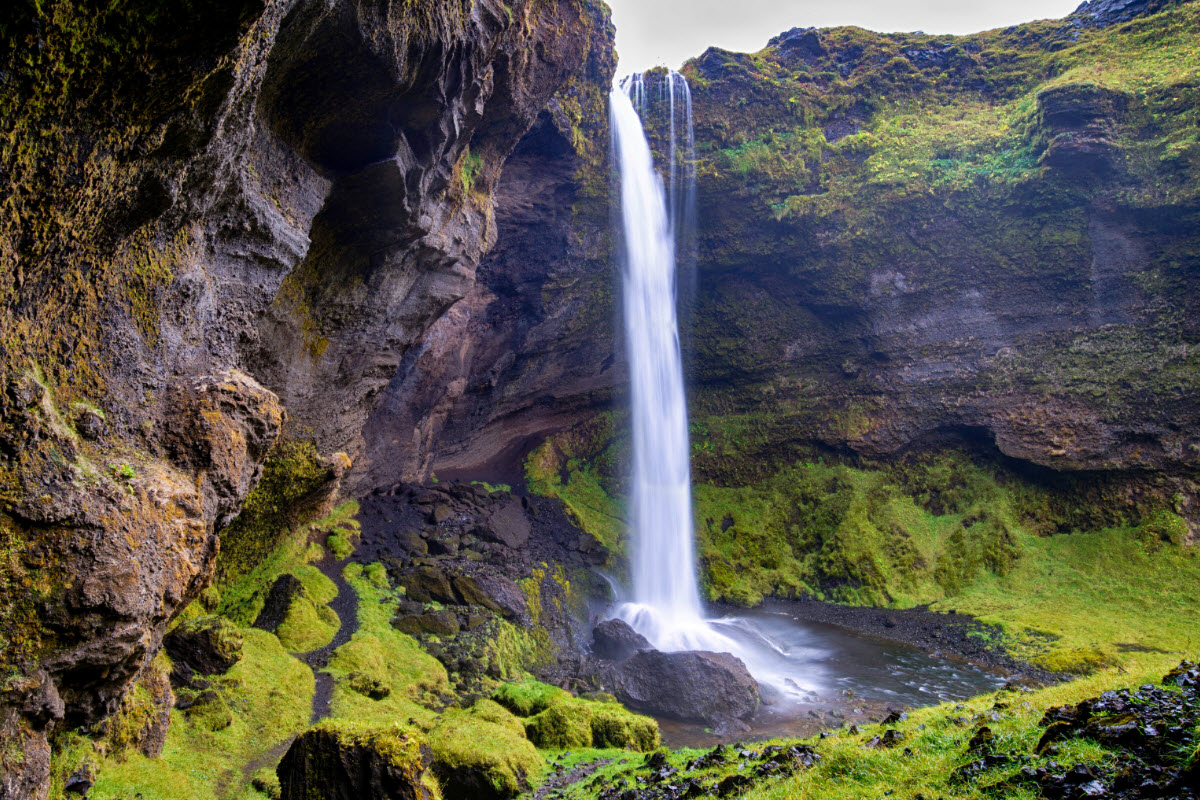 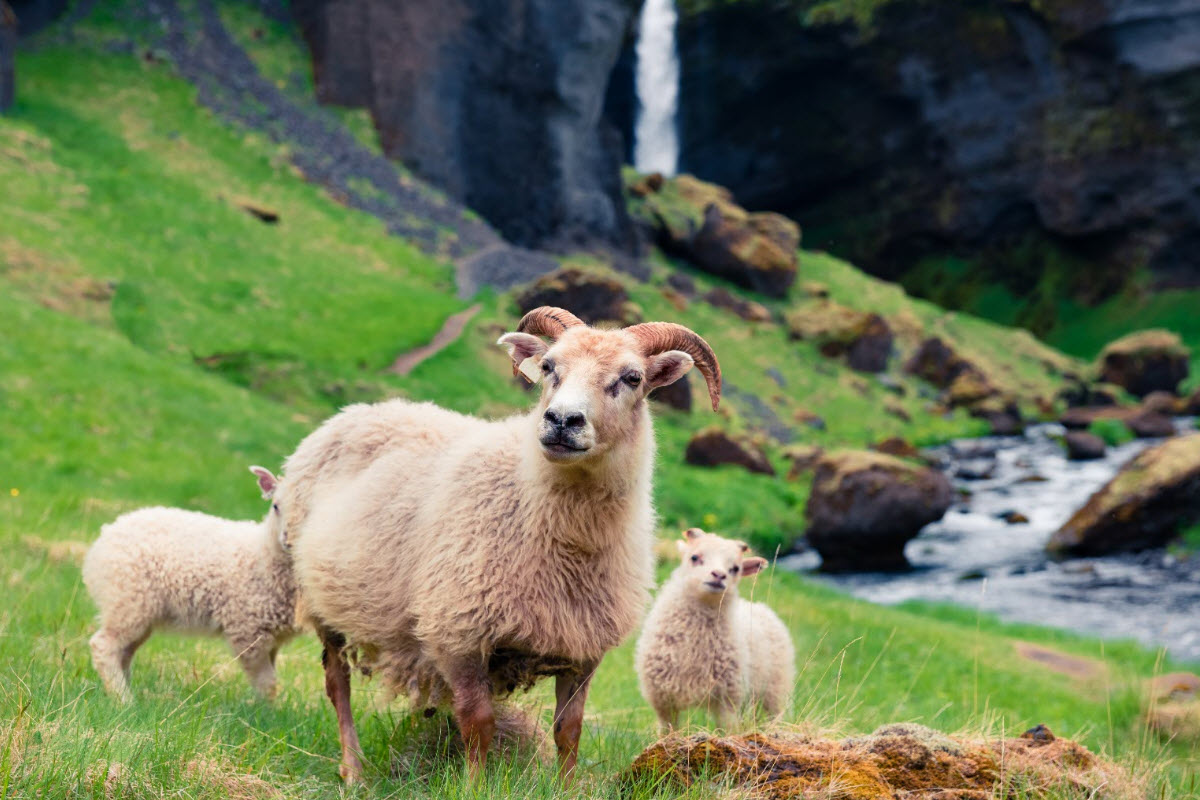 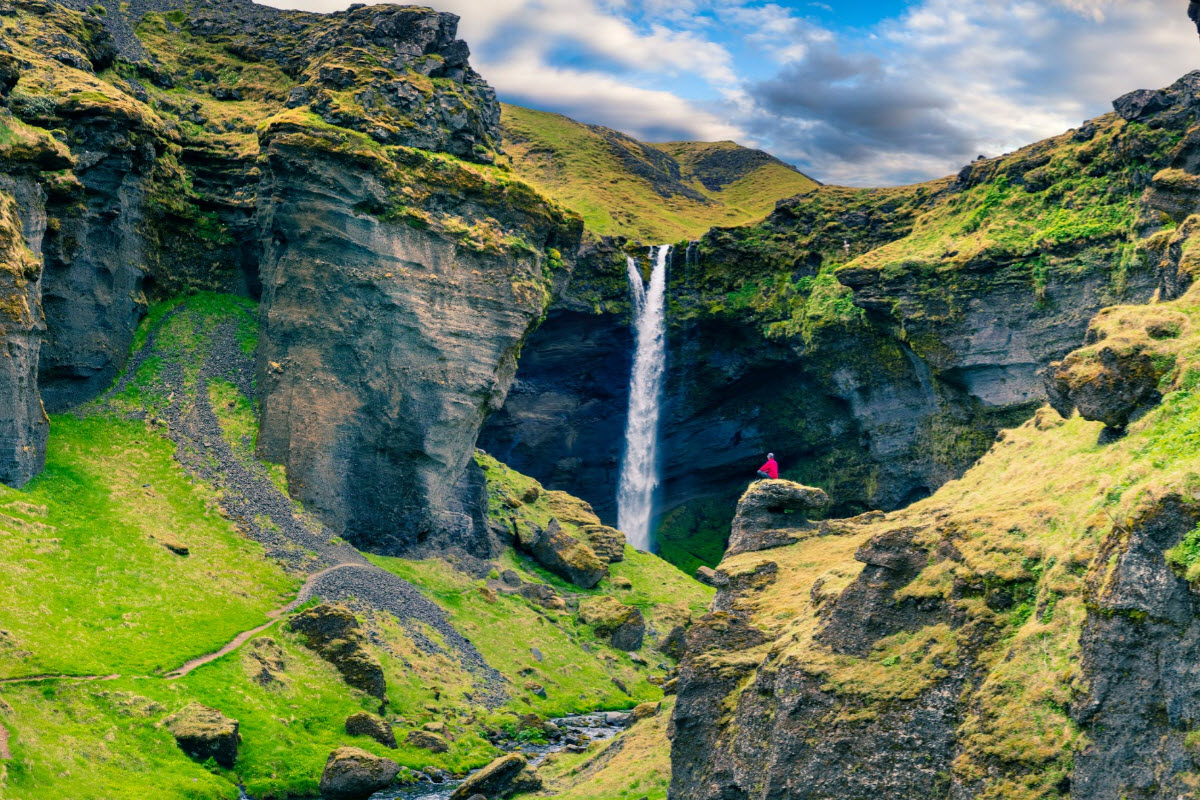 Kvernufoss waterfall is located on the South coast of Iceland

It is possible to hike behind Kvernufoss waterfall

Kvernufoss is a beautiful waterfall hidden in South Iceland

End of route: At Kvernufoss falls (return by the same route)

Length of walking route: About 1.5 km total. Walking time about one hour.