The Atlantic Puffin (Fratercula arctica), is a species of seabird in the auk family (Alcidea), he is one of the smaller auks, and also the most common. The puffin is most commonly found around the coast of Iceland, around sixty percent of the population breeds in Iceland. Puffins are now an endangered species because of rising temperature as well as hunting and the population in Iceland is disappearing. 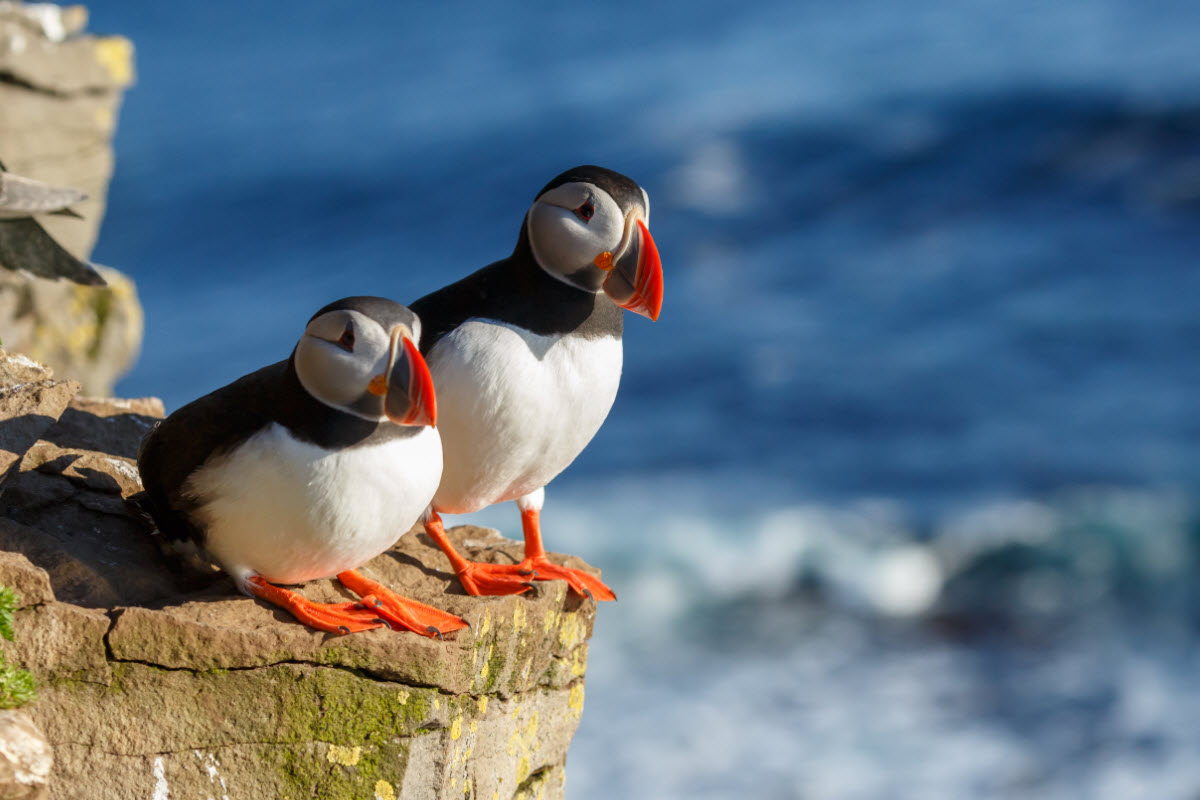 Vestmannaeyjar is an island off Iceland’s South coast and the largest puffin colony in the world. Journalists from BBC visited the island recently to monitor the situation. For many years it has been a problem in Vestmannaeyjar that the pufflings leave their nest and wander towards the lights in the city and are at risk of being killed. But the people of Vestmannaeyjar, especially children, are aware of the problem and every year they rescue the birds and bring them to the Puffin patrol who give them another chance of life.

Read more about the puffin in Iceland here.