Egilsstaðir is the biggest town in the East part of Iceland with inhabitants of around 2300 people. The next town is Seyðisfjörður about 27 kilometres away and to the north the town Vopnafjörður about 130 kilometres away. The town started to build up early last century mainly related to service with the Farmer's in the area and as a central location for the fishing towns in the east.

The surrounding near Egilsstaðir and Fellabær is quite different from the other towns in the east of Iceland because it's not located down by the coastline. It is located in a valley with quite a lot of trees, at least on Icelandic scale, and nearby the Hallormsstaðaskógur forest. There you can find great hiking trails and one leads to the waterfall called Ljósárfoss. There is a beautiful cove in Hallormsstaðaskógur called Atlavík. It is located by the lake Lagarfljót and is a popular camping area. The town is known for nice weather, warm summer days but quite cold during the winter.

The town offers all necessary service like pharmacy, healthcare, bank, grocery store and other service. It has an international airport but no direct flights from outside Iceland to there at the moment. It has good connection flights from Reykjavik.

The central locations of the town offers many options for people travelling there. It is a good place for visiting the Highlands east of Vatnajökull glacier as well the Fjords around the east part, like Seyðisfjörður, Borgarfjörður Eystri, Reyðarfjörður, Eskifjörður and Neskaupsstaður. There is also a good skiing area close to Egilsstaðir and you can find museums, swimming pool, spa, restaurants and variety of accommodation in town. For those who enjoy the outdoors there are good hiking trails in the area, horse rentals, golf course and cross country skiing. 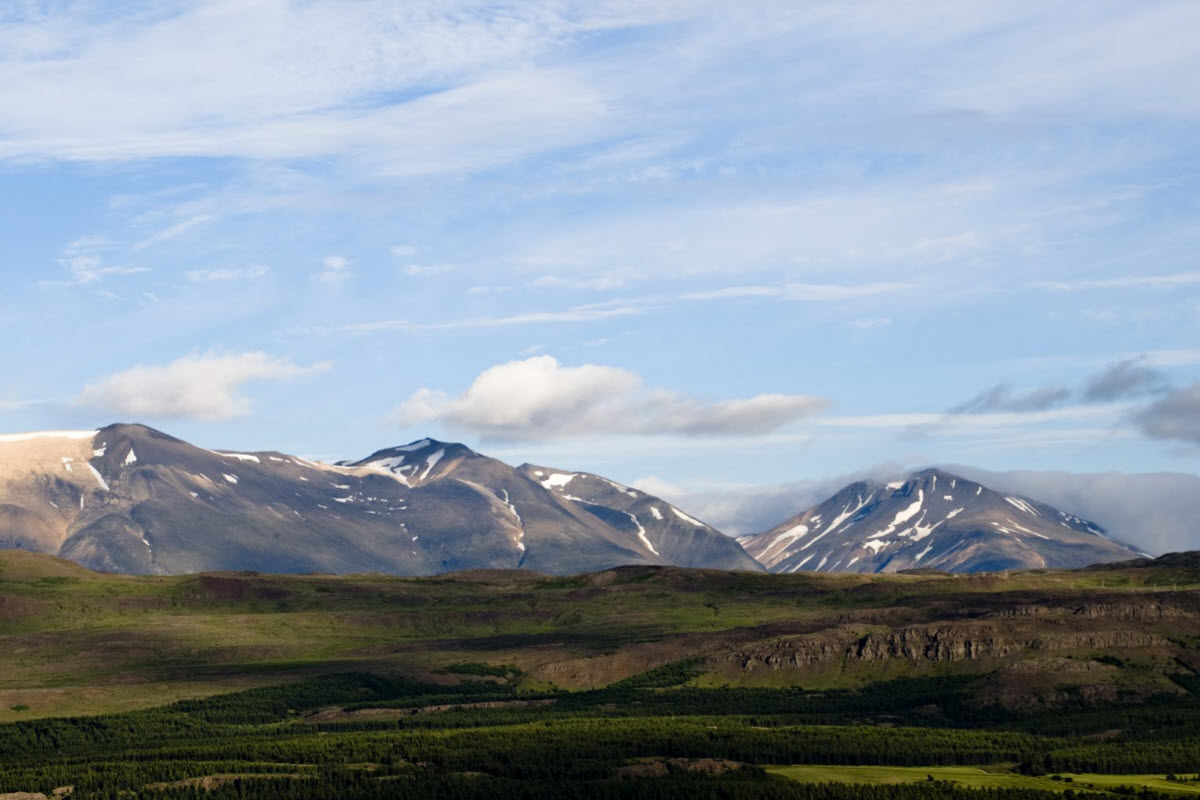 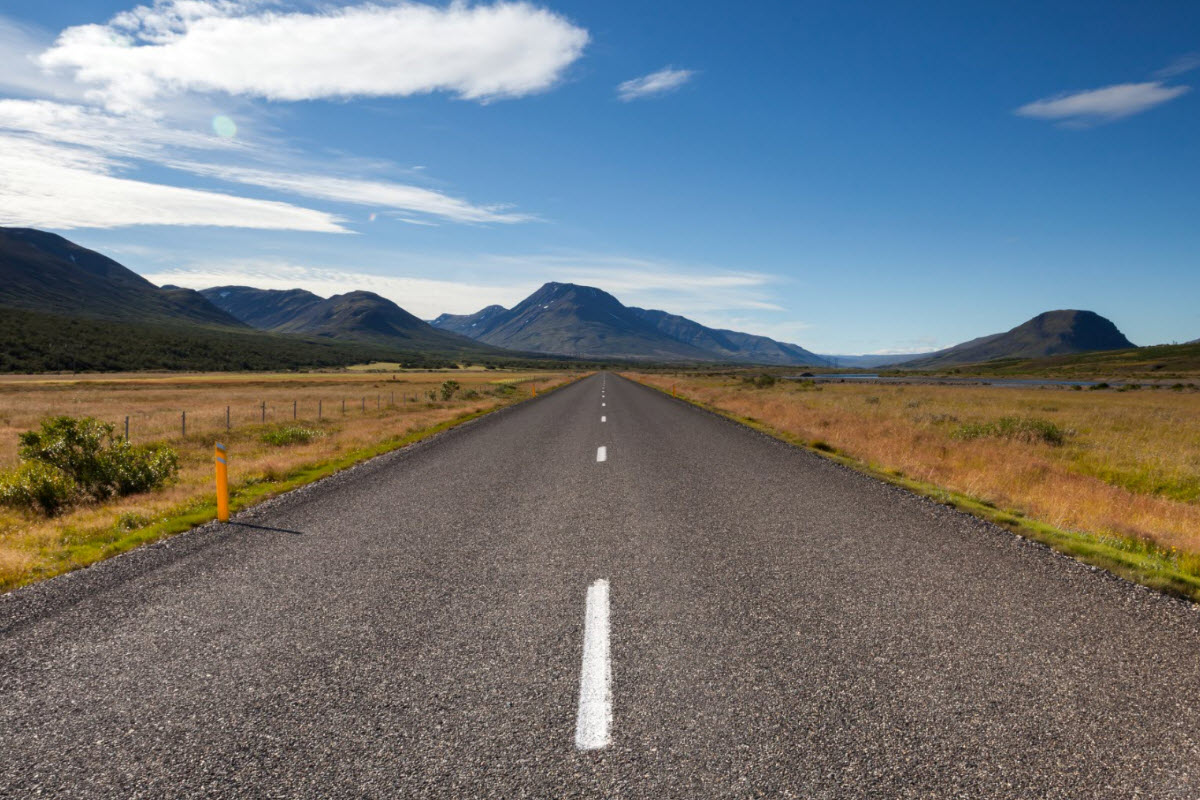 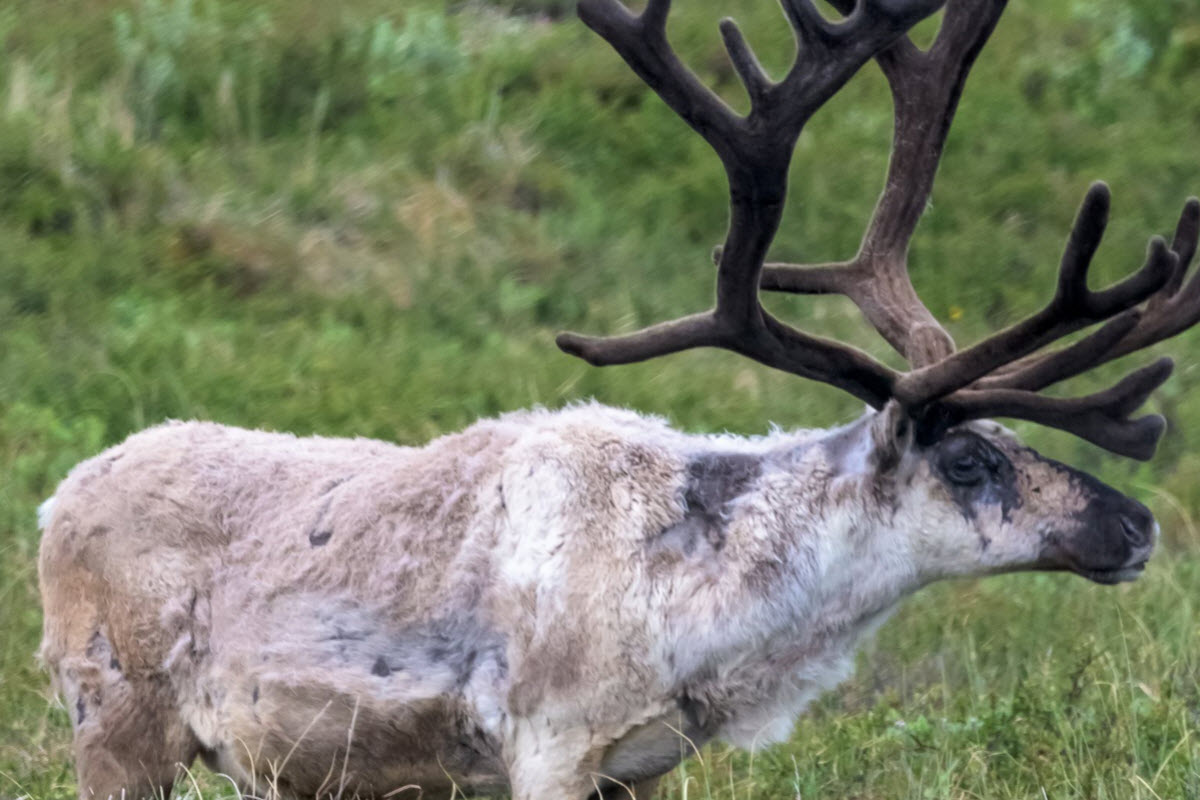 Hallormsstadaskogur forest is the largest forest in Iceland

Road to Egilsstadir with beautiful scenery on the way

Reindeer's can be found in East Iceland

Distance from Reykjavík: About 644 km