The village Vík í Mýrdal is located by the main road between the village Kirkjubæjarklaustur in the east and Hvolsvöllur town in the west. It is about 180 kilometres from the capital Reykjavik. Vík is the southernmost village in Iceland it is located by the blacks sand coast nearby the famous black sand beach Reynisfjara and the cliffs Reynisdrangar. The village was established due to good location for trading for the surrounding areas.

Business started there late in the 19th century in the beginning as a service for the farms in the surrounding areas. Vík is located between big glacier rivers both from the west and the east so transportation was difficult back in the old days. Although there is no harbor there it was a very important place for sea transport. Early in the 20th century the locals founded a sea transport company and bought a small boat called Skaftfellingur to transport goods from the Westman Islands to Vík and the surrounding areas.

Vík is surrounded by many beautiful places and many of the main tourist attractions in South Iceland are located in the area. One of the biggest volcanoes in Iceland, volcano Katla is located underneath the ice cap Mýrdalsjökull, north off the village Vík. Katla is also one of the most dangerous volcanoes in Iceland, due to melting of glacier ice in the beginning of eruptions there can be big floods coming down from the volcano, normally to the black sand area Mýrdalssandur east of Vík. The last big volcanic eruption in Katla was in the year 1918 and the flood (jökulhlaup) that came down from there moved the coastline forward about two to three kilometers.

The Black Sand Beach Reynisfjara is located just west of Vík and little bit further west you can find the peninsula Dyrhólaey that is the southernmost part of Iceland. Dyrhólaey has a big arc and it is a great viewing point over the surrounding area and the south coast.

Both Vík and Dyrhólaey are homes of many seabirds during the summer time. The best known is the Puffin with his colorful nose, he arrives there late in April or early in May for nesting and goes back to sea late in August.

Vík is now a popular tourist place and a great location if you'd like to explore the south part of Iceland there you can find a great variety of nature. We have the big Mýrdalsjökull glacier and the outlet glacier Sólheimajökull where you can see how the climate change affects the melting of the glacier ice. The glacier Sólheimajökull has retreated about one kilometer in the past 15 years as well as losing about 10 to 15 meters of thickness a year.

Vík and the surrounding area offers a lot of good accommodation as well as restaurants and other service like: grocery store, clinic, post office and a bank. 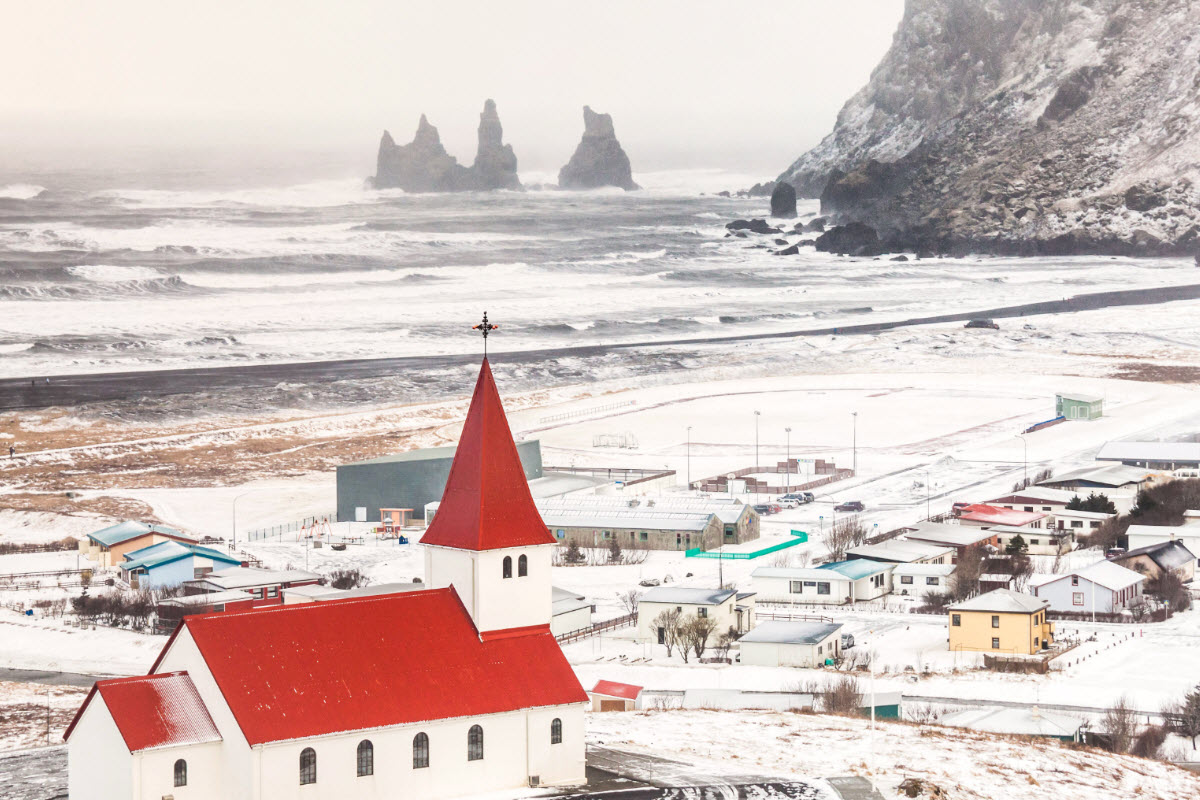 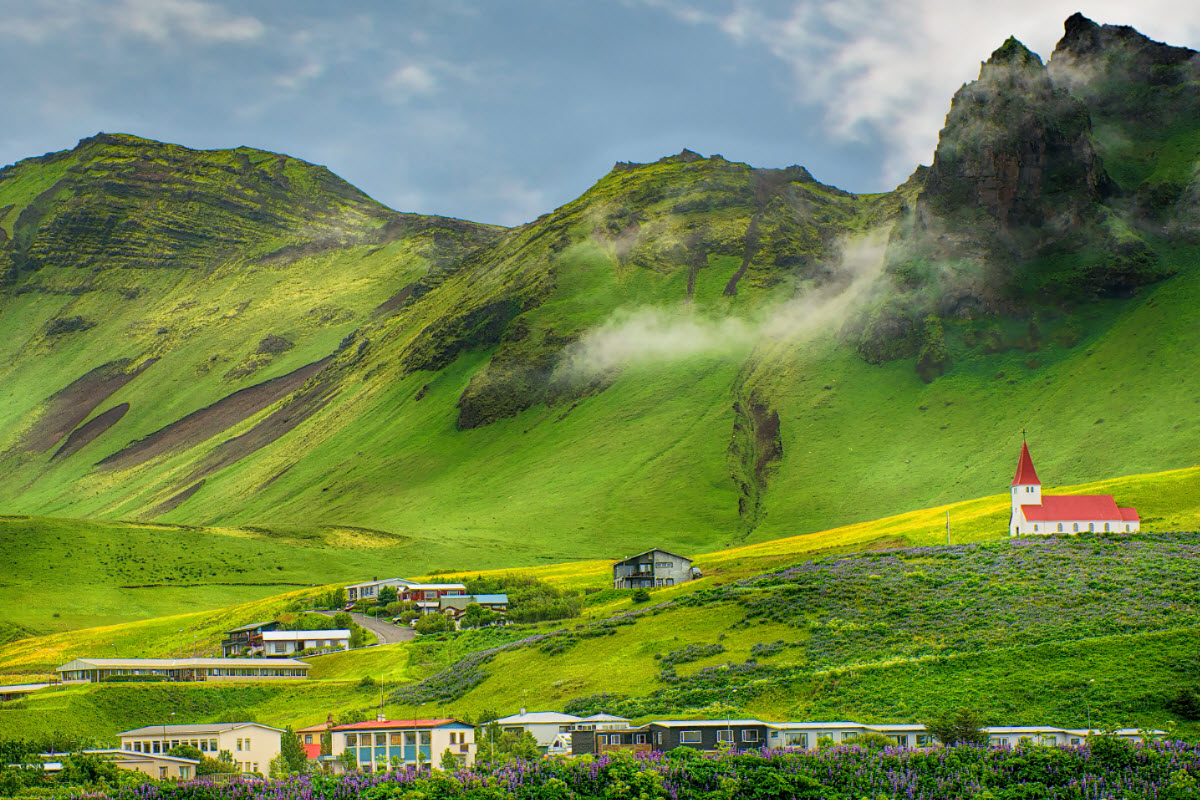 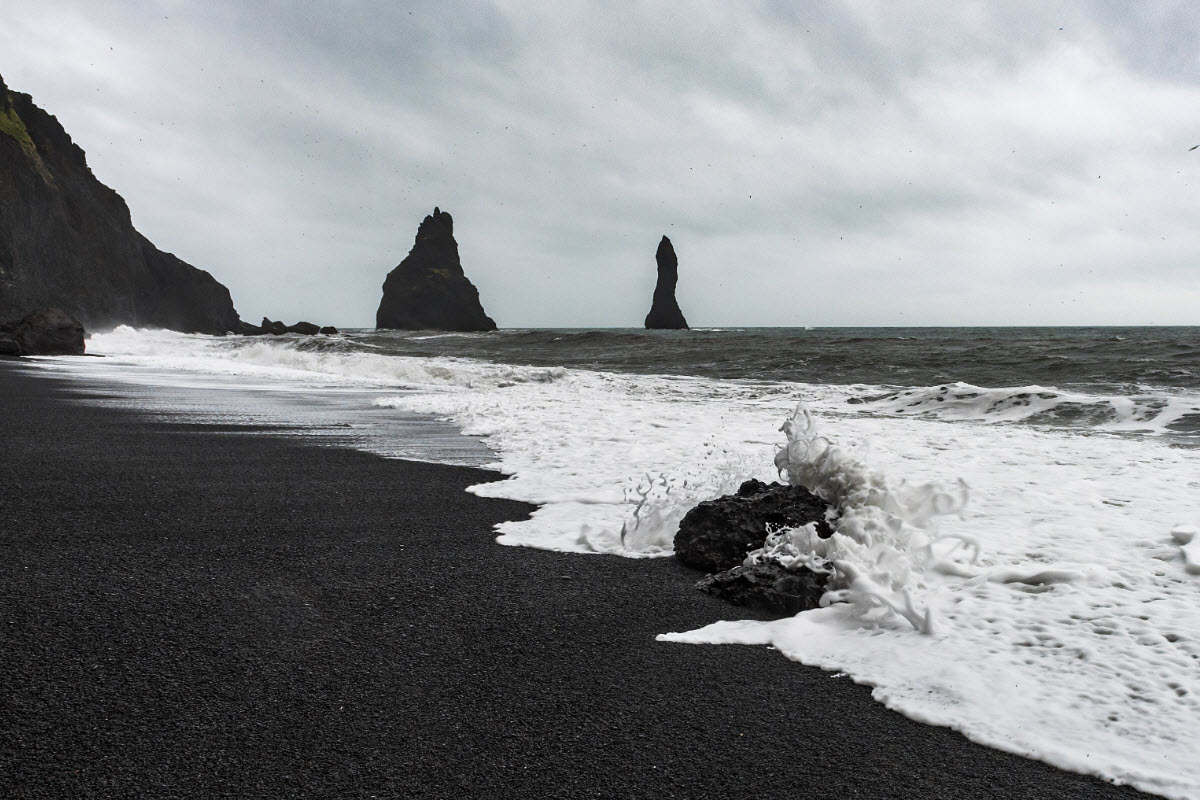 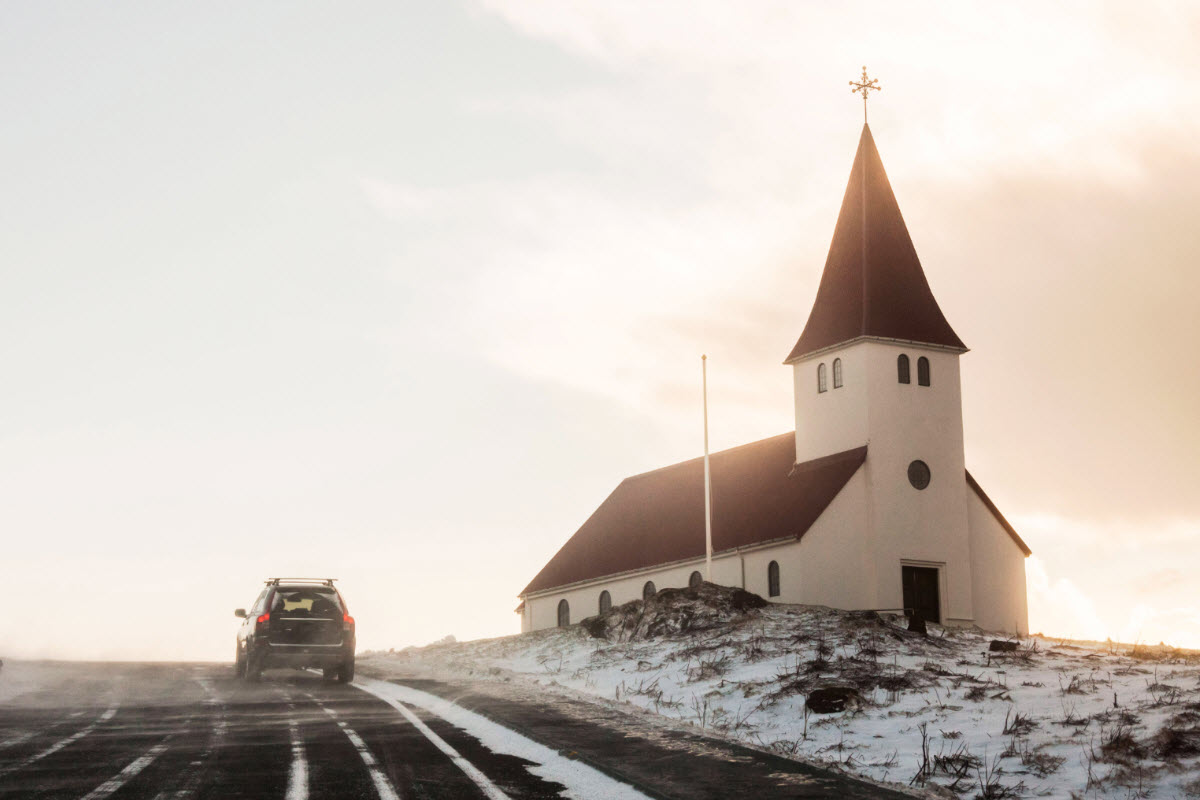 View over the town Vík with the sunset

The church in Vík surrounded with the flower Lupine

The mountains around Vík are magnificent

The road to the church in Vík Iceland

Distance from Reykjavik: About 180 km