The arctic fox is truly an important part of the poor fauna of the Icelandic nature and it was the only land mammal living in Iceland before the viking settled here for more than 1000 years ago. The struggle between the humans and the foxes has long been difficult in Iceland, especially for the Icelandic farmers who killed the foxes to protect the sheeps and other stock animals. Fox hunting for their valuable fur has also been popular for centuries in Iceland, the fur is however priceless today. It is true to say that the life for the arctic fox in Iceland has not always been easy, not only because of the humans but also because of the unpredictable weather conditions and limited food resources, but even so they have become quite well adapted to the Icelandic nature.

The arctic fox lives all around the Arctic ocean, the northernmost of all foxes, but the conditions it lives in are varied, both geographically and meteorologically. The cold and hazard weather does however not affect the fox much, but his body shape and appearance has evolved and adapted to these external conditions. The fox has the advantage of having a short tail, muzzle, neck and ears to minimize heat loss, but the foxes who live in more warmer areas usually have bigger ears and long tail to cool down the body.

The Arctic fox is rather small, which also helps him to keep the body warm. They can be found in two colors. One is white, then the fox is white during the winter but during the summer he is brown on the back and outer limbs and gray on the stomach and inner limbs. The other color is dark brown all year round but slightly lighter during the winter.

In terms of food the fox is very smart and takes advantage of what is available. Their food habits are quite general but also depends on the living conditions, what is available each time. The main food resources are birds, eggs, fish, sea creatures, sheep, mice, dead seals and reindeers.

The arctic fox prefers to hunt for food during the sunrise and sunset as it uses its sense of smell a lot while hunting and it is easier to approach the prey when it is not to bright outside. You might spot the fox on the way back from the beach when the sun rises, returning home after the night’s hunting.

The Arctic foxes breed once a year and it begins in March can last until April. The gestation period is about two months long and the cubs are usually born in May. The cubs are born blind just like the offspring of dogs and cats, but they gain their vision about 2 weeks old. For the first three weeks the cubs will only feed on the mother’s milk and the male fox provides food for the female. After three weeks the cubs begin to eat solid food that the parents bring them to the den. When the cubs are about four months old they can fully take care of themself and sleep separately from their mother. In the fall or winter they leave their mother and begin to seek out their own territories.

The Arctic foxes form monogamous pairs during the breeding season and they stay together for years in the same area. They live in dens that can be in very different sizes depending on conditions, such as whether it is easy to provide food or if they have to search long for something to eat. It is common that the fox selects dens in rugged terrain like a lava field to provide more protection for the cubs. But they can also be found in a softer soil and if the conditions are good the dens can be tens of meters long with many outlets.

The Arctic fox can be found all over Iceland but most of them are in the Westfjords where you can find the largest bird cliffs in Iceland. The fox has been protected in Hornstrandir Nature Reserve since 1994.

A fun fact: The fox is afraid of fences in Iceland. It is very strange but he avoids going through fences even though he could easily go through it without getting hurt, he instead takes the long way around the fence! 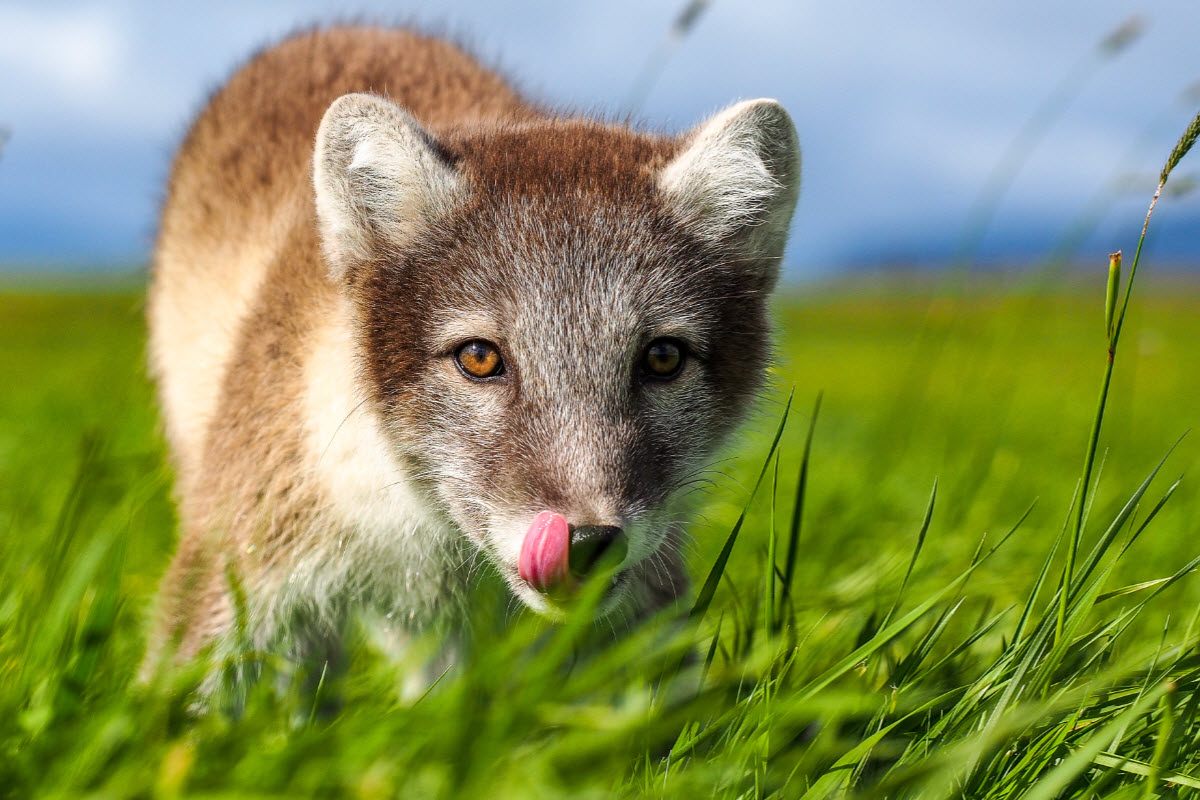 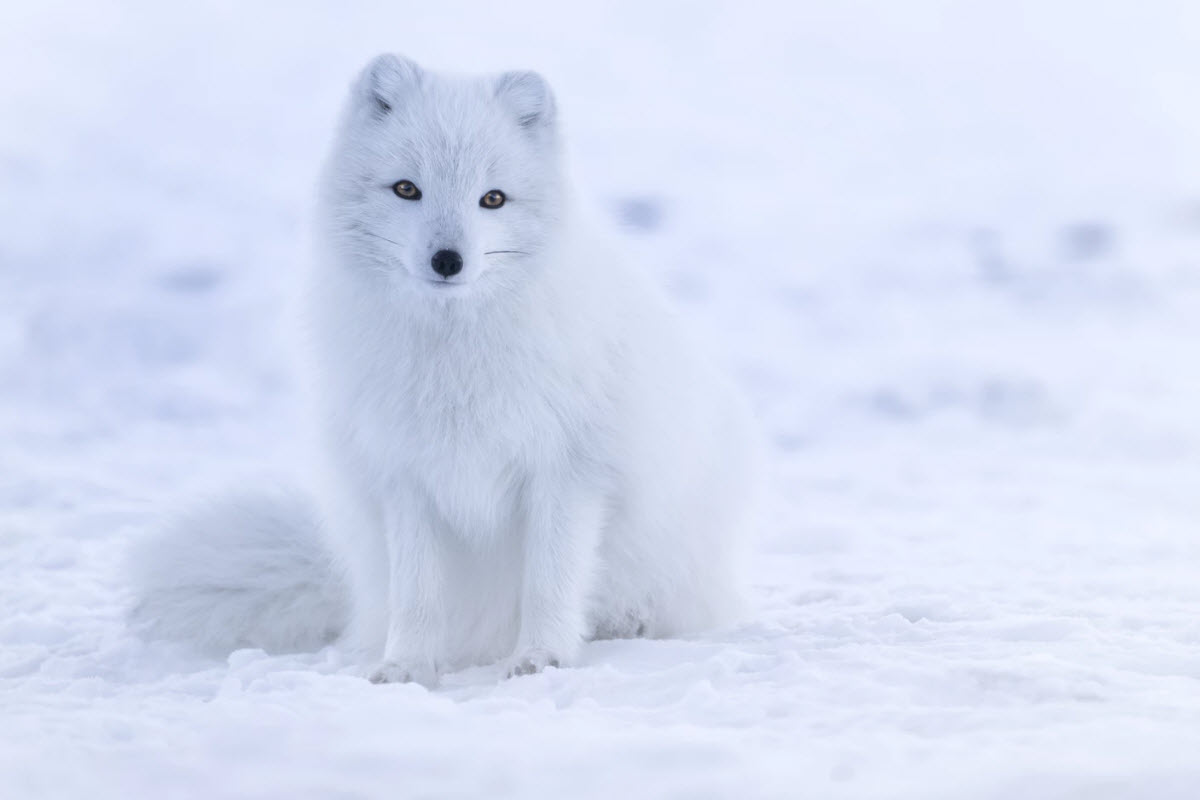 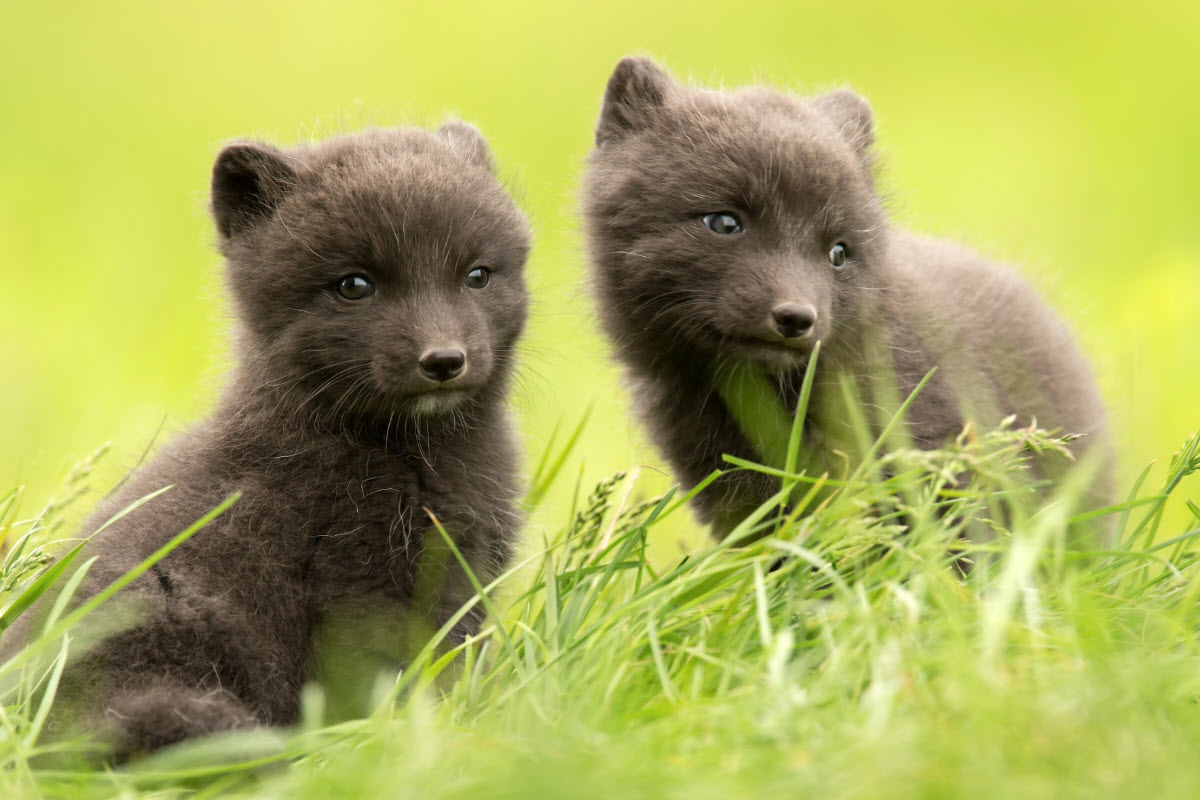 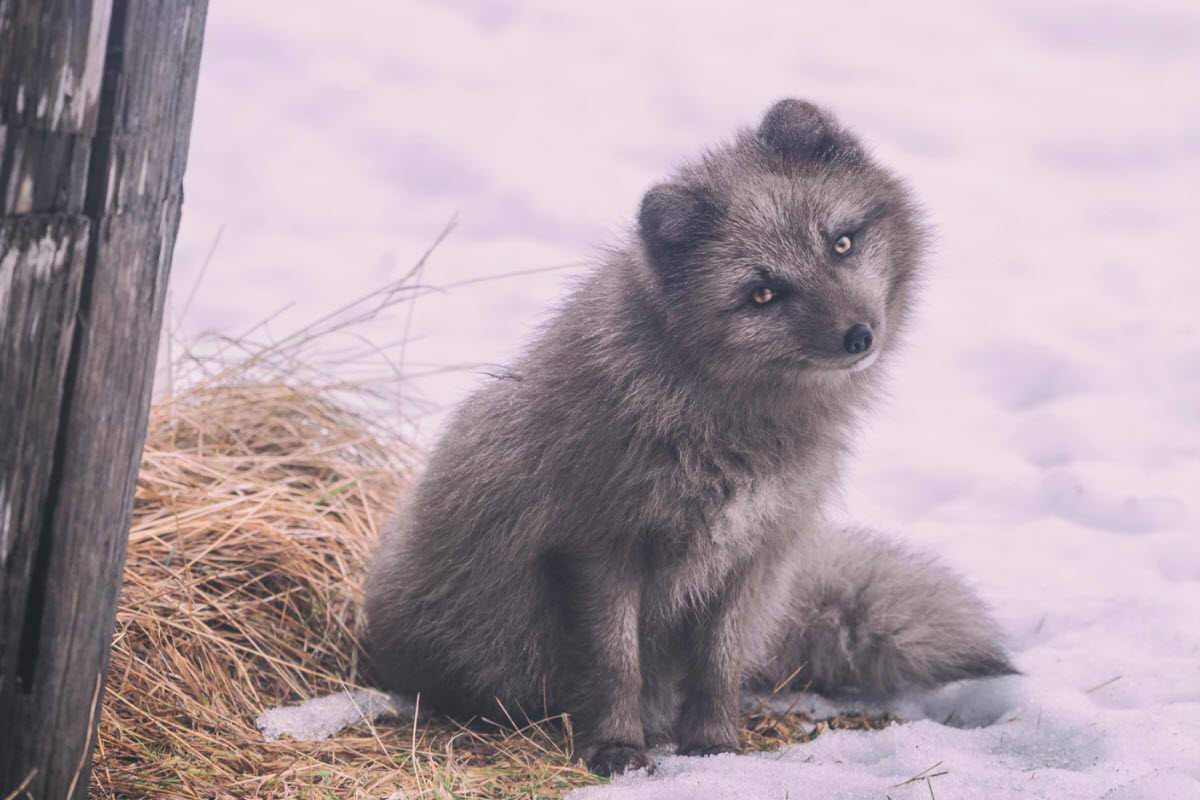 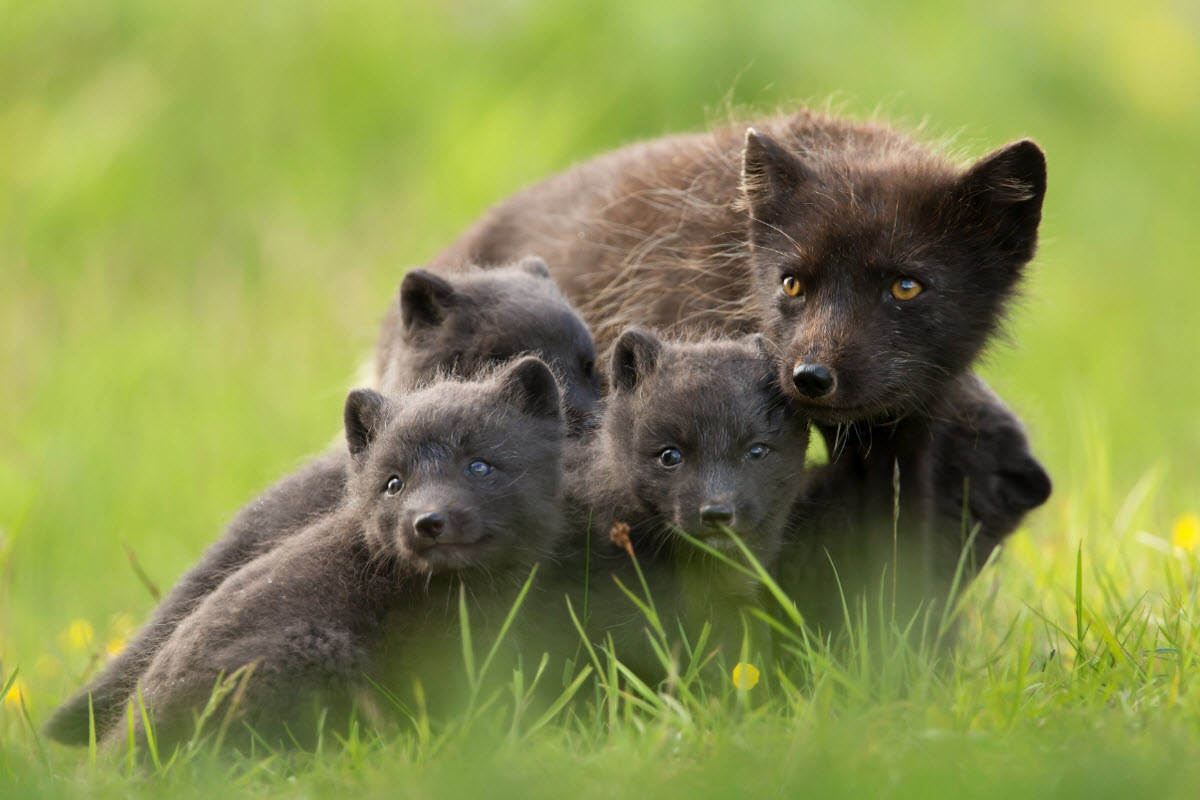 Dog sledding tour on snow and a visit our Un-chained Siberian Husky Kennel at our farm Heiði in North Iceland.