Ásbyrgi is part of Vatnajökull National Park between Húsavík town and the village Kópasker. About 50 min drive from Húsavík. The area is uniquely beautiful, with beautiful mountain cliffs up to 100 meters high, a lot of birch forests and other tree species that are over 10 meters tall, which is considered pretty good for Iceland. Ásbyrgi area is about 3.5 km long and about 1 kilometer in width.

Large lava fields have flowed through this area since the end of the last Ice Age, and the area is shaped by the great lava flow, which has greatly influenced the glacier river that has penetrated the lava and transformed it in many ways. For example, Hljóðaklettar area is a great example of how lava can be formed by the effect of water, there you can find basalt columns, pillars and beautiful formed cliffs. Large volcanic activity is believed to have exist in the area about 8000 years ago. It is also believed that Ásbyrgi was formed in a major catastrophe glacier outburst for around 2200 to 4500 years ago due to fast melting of glaciers.

From the air, Ásbyrgi looks like horse footprint. The story says that Ásbyrgi was formed when Óðinn (the most powerful god in the nordic mythology) passed through the area on his horse Sleipnir, who stepped down into the ground by Ásbyrgi with one of his eight feet.

A diverse birdlife is in the area of Ásbyrgi, including Gyrfalcon together with many other species, such as Northern fulmar, Snipe, Ptarmigan, Golden Plover, Meadow Pipit and Black Tailed Godwit. East of Ásbyrgi is a small lake called Ástjörn, surrounded by woods.

Vatnajökull National Park has a service and information center in Ásbyrgi and there is a beautiful campsite. The area is well suited for hiking and there are many natural beauties such as Hljóðaklettar and Dettifoss waterfall. 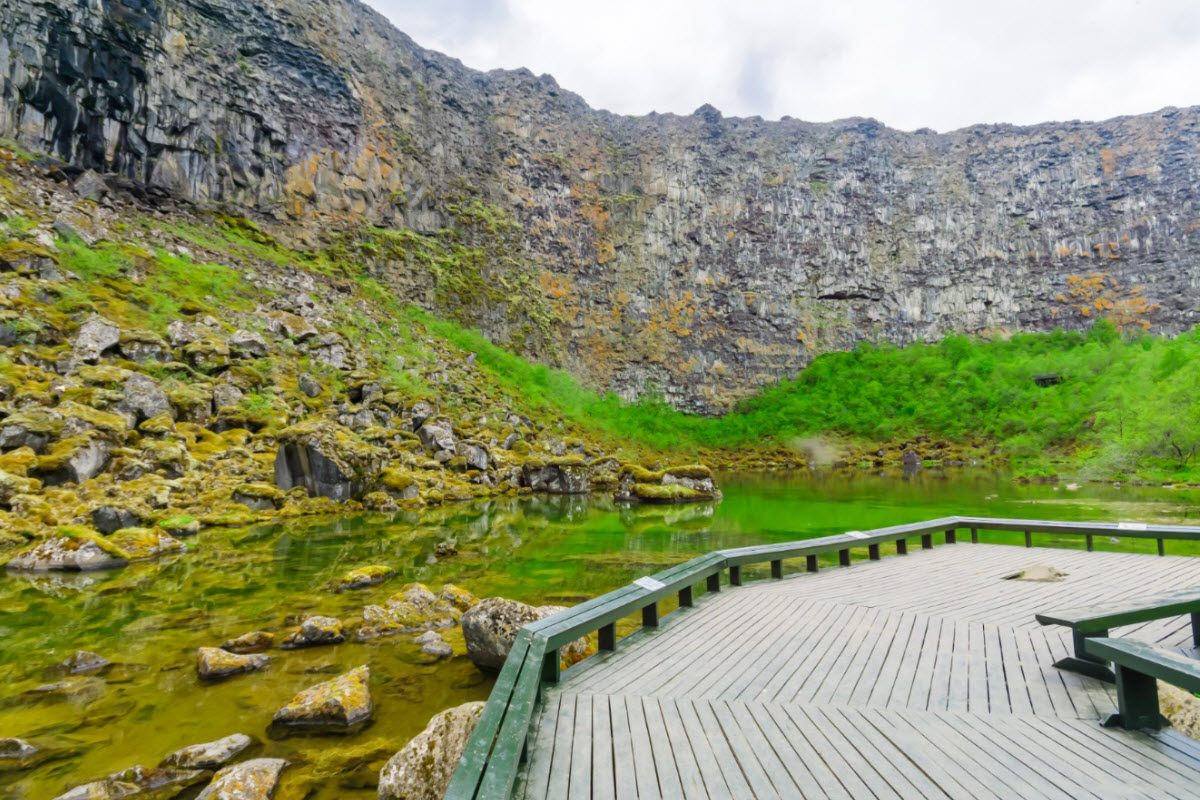 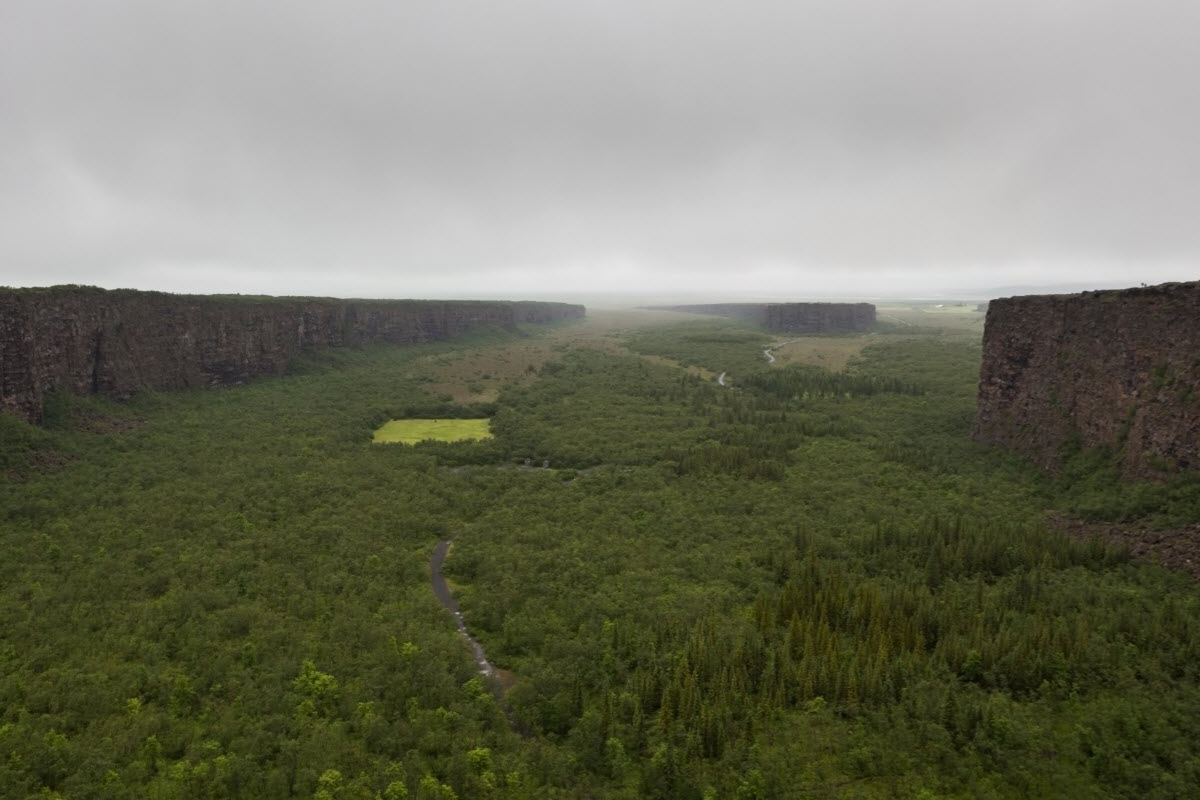 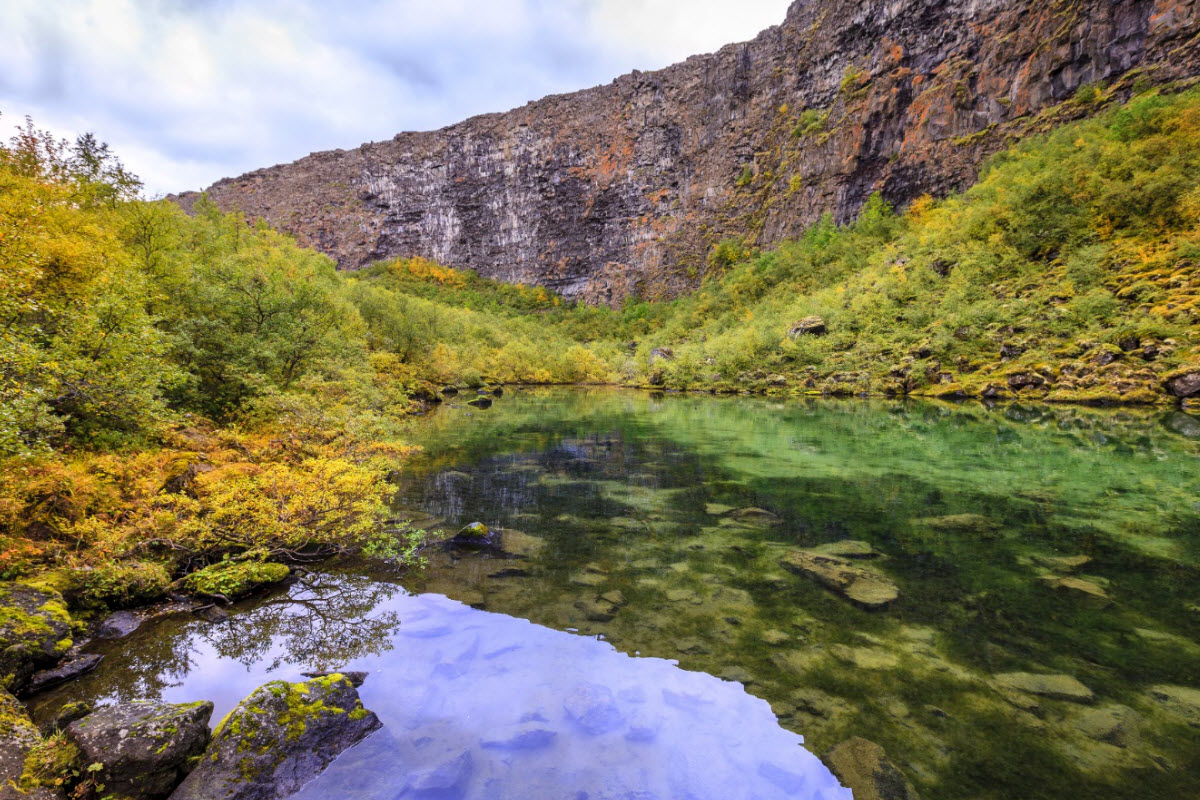 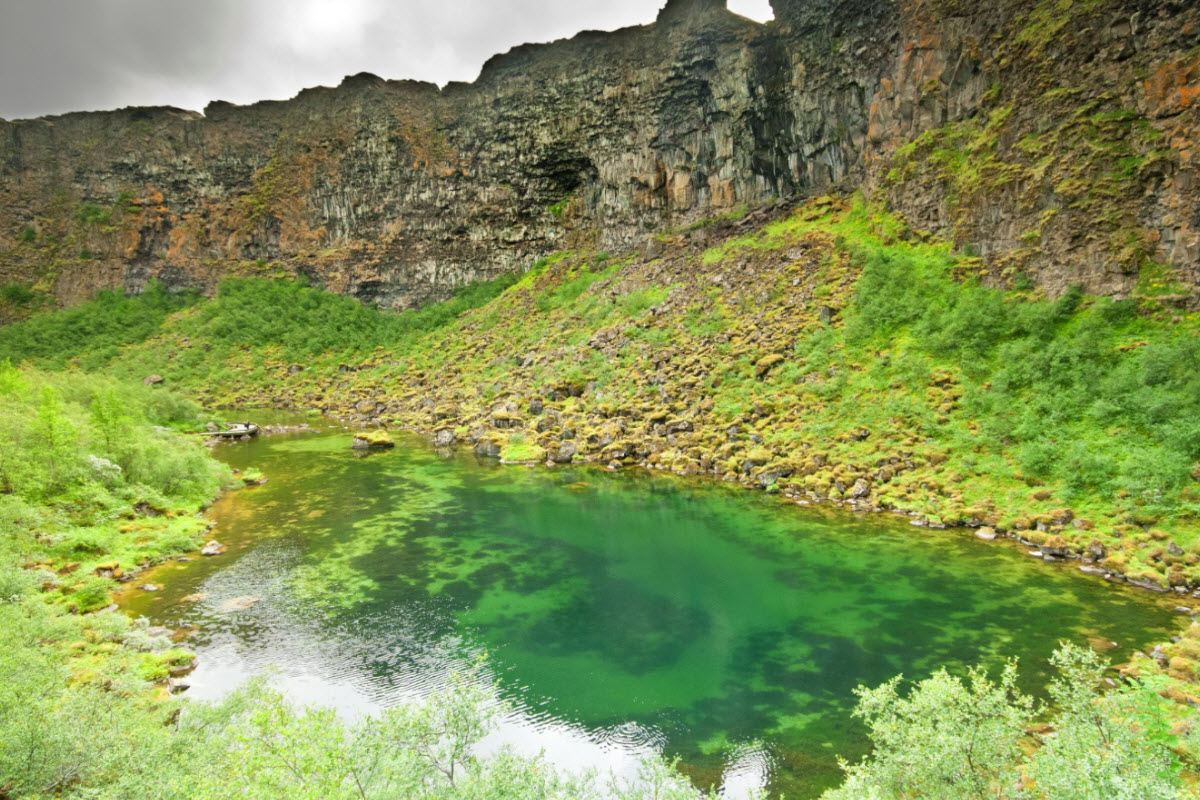 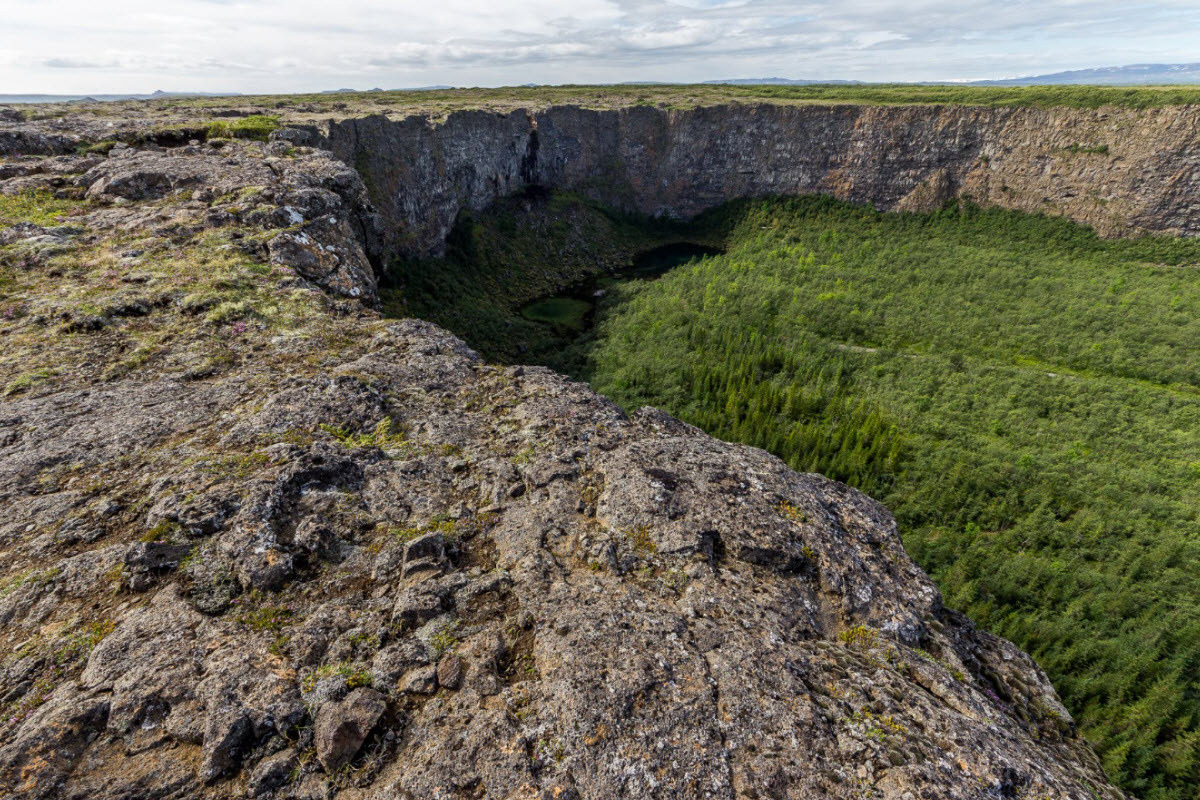 Asbyrgi is in North Iceland

Asbyrgi is one of Iceland's natural pearls

Many beautiful rock formation in Ásbyrgi

The cliffs in Asbyrgi are something else