Ingólfr Arnarson, came from Norway to Iceland to settle with his wife, Hallveig Fródadóttir, in the year 874. He chose to settle a place that he called Reykjavík (literally, the smoking bay). Tradition tells us the curious way in which he chose that place to make it his home.

With his half-brother Hjörleifur Hróðmarsson, he sailed to Iceland looking for new lands in which to settle because they had to leave their lands in Norway, they had killed the sons of a chieftain. Ingólfur had heard of a new island in the Atlantic Ocean that Garðar Svavarsson, Hrafna-Flóki Vilgerðarson had found and sailed there.

Tradition tells us an amazing story about how Ingólfur decided which lands to settle. As he sailed along the rugged Icelandic coastline, he threw into the water the pillars of his chieftain's seat, wooden pillars carved with his surname and representations of the gods, and vowed that he would settle on the shoreline where his pillars were beached, leaving the decision in the hands of the gods. Meanwhile, winter came and temporarily settled on a cape that today is called Ingólfshöfði for his first winter. Ingólfur sent his two Celtic slaves to look for the pillars, and 3 years later (yes, you read that correctly, 3 years) they found them in a smoky bay in the Southwest of the island, that's how that smoky bay (nowadays Reykjavík ) became the home of Ingólfur, the gods had made their decision.

Landnámabók, you can also find it abbreviated as Landnáma, is an Icelandic medieval book. It describes in great detail how the settlement of Iceland by the Norse took place in the 9th and 10th centuries AD. Thanks to Landnáma it is possible to know the family histories and important events up to the 12th century, since it describes where each settler settled and provides a brief genealogy. Obviously this information is highly valuable for the genealogy of the current Icelandic people. It is not known with certainty if the book is written by a single author or is a composition that was made during the assemblies. Unfortunately, the first copy has not lasted over time, the oldest examples that are preserved are copies made in the second half of the 13th century approximately. 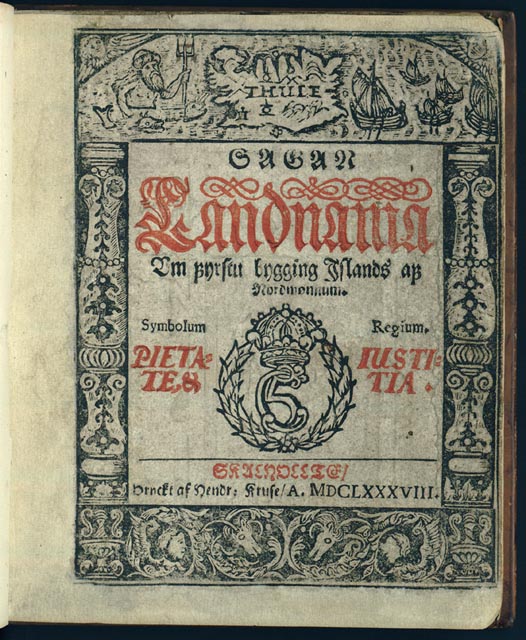 Hjörleifshöfði cape, a piece of history

Hjörleifur, Ingólfur's half-brother, settled on this cape (today it is called Hjörleifshöfði). A year later, Ingólfur went to visit his brother and discovered that he had been murdered by his slaves, Western men (Irish men). After giving his brother a dignified Nordic-style burial, he went in search of his murderers for revenge. He found them taking refuge on some islands, and avenged the death of his brother by killing his murderers. Curiously, these islands today are the Vestmann Islands (Islands of the Western Men). Today you can visit Hjörleifur's tomb on the top of the mountain where he settled. It is a wonderful hike in which you will have 360 ° views of the South Coast, and you will be able to connect with the history of the first settlers of Iceland. 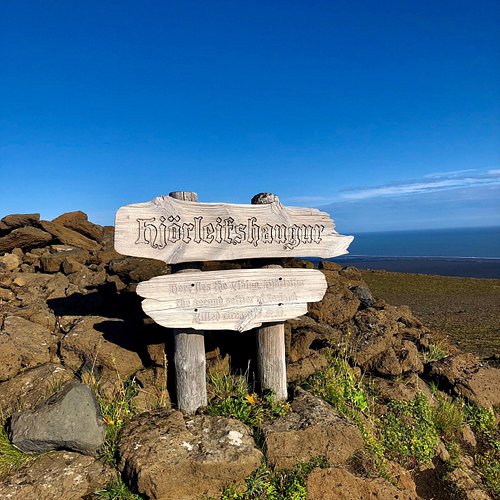 Underworld of the South