Sólheimasandur and the Plane Wreck

Along the South coast of Iceland is Sólheimasandur, black lava sand fields which derives from the volcano Katla. Katla is one of the most powerful volcanoes in Iceland and since settlement in Iceland there have been twenty documented eruptions, the last eruption occurred in the year of 1918.

The caldera of Katla volcano is covered with 200-700 meters of ice. When Katla erupts, immerse glacier burst (jökulhlaup) follow running down from the glacier, bringing down ice, rocks and soil to the shore and to the ocean building up this black desert paradise.

The scenery at Sólheimasandur is one of a kind with the black sand all around and the Atlantic Ocean in the background. On a good day, you can get amazing views of Mýrdalsjökull glacier and to the small peninsula Dyrhólaey which is the southernmost part of Iceland.

Sólheimasandur is one of the fastest growing tourist attraction in the Southern part of Iceland after photographers discovered there was a hidden secret lying in the sand. In 1973 the US Navy crashed an airplane on Sólheimasandur when the motors on the airplane stopped working and they had to emergency land the plane on the sand. The plane wreck of a DC-3 is still there in the same spot and it is very popular among tourists and famous pop stars like Justin Bieber who filmed one of his music videos there in 2015.

Sólheimasandur and the DC-3 plane wreck is located between Skógafoss waterfall and the town Vík, about 2 hour drive from Reykjavik. There is a parking lot just off the main road where you must park your car and walk the rest of the way.

Note: Do not park or stop the car on the main road! Be careful when turning of the main road, slow down in time and give indicators.
Read more about Driving in Iceland.

The walk to the plane is about 4 km and takes about 40 minutes. It is prohibited to drive on the beach and there is a big fine for doing that.
It is possible to do a ATV tour where you can drive the ATV's on the beach all the way to the plane wreck. 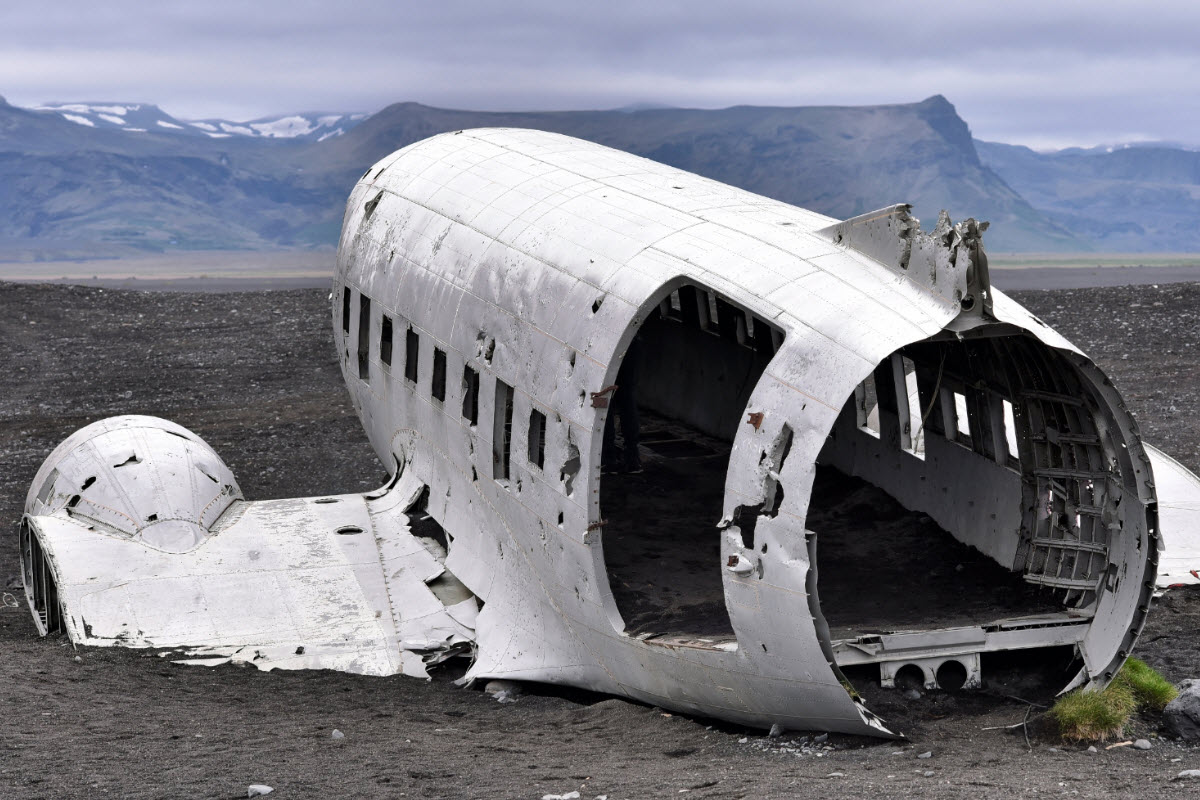 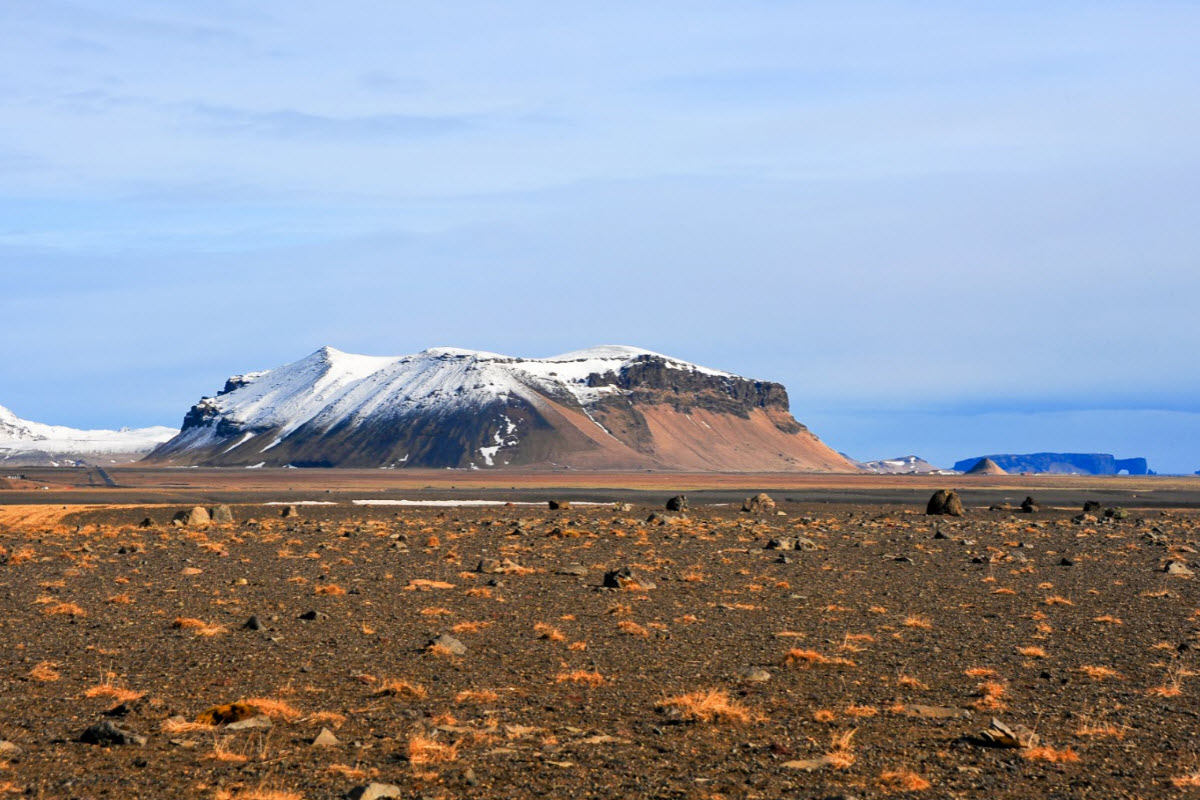 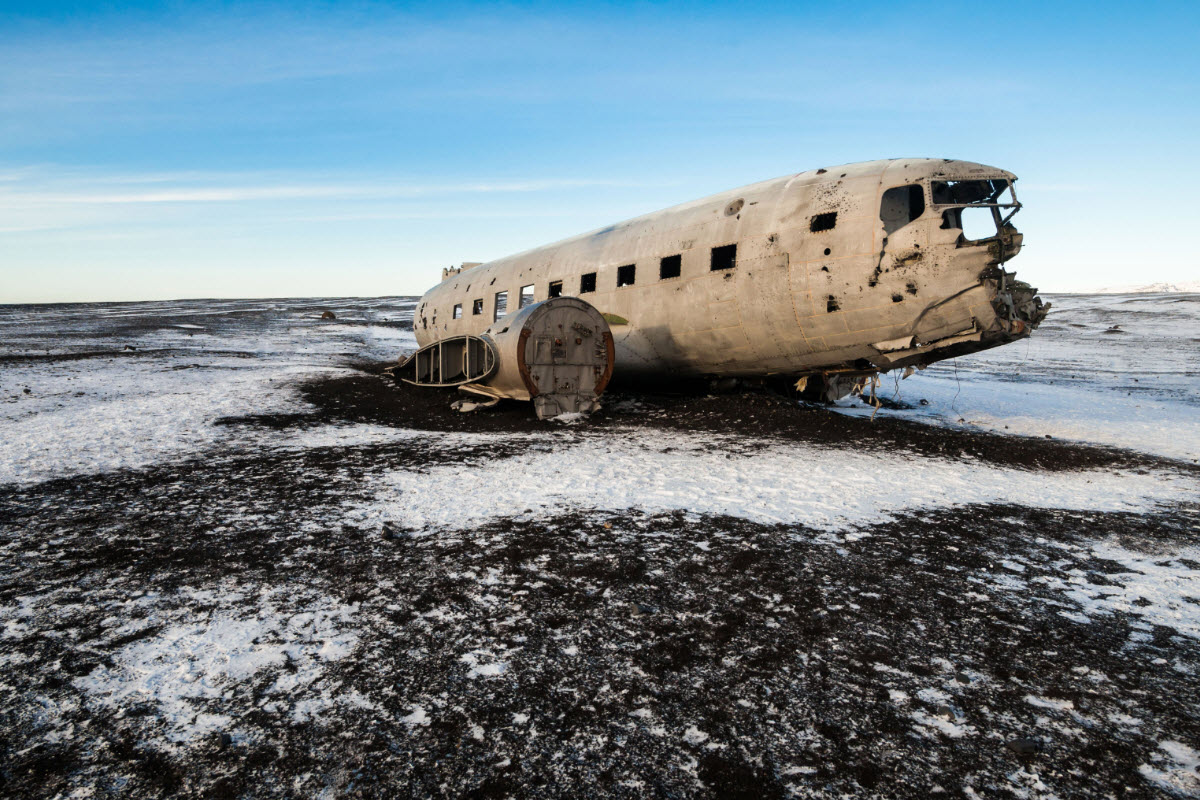 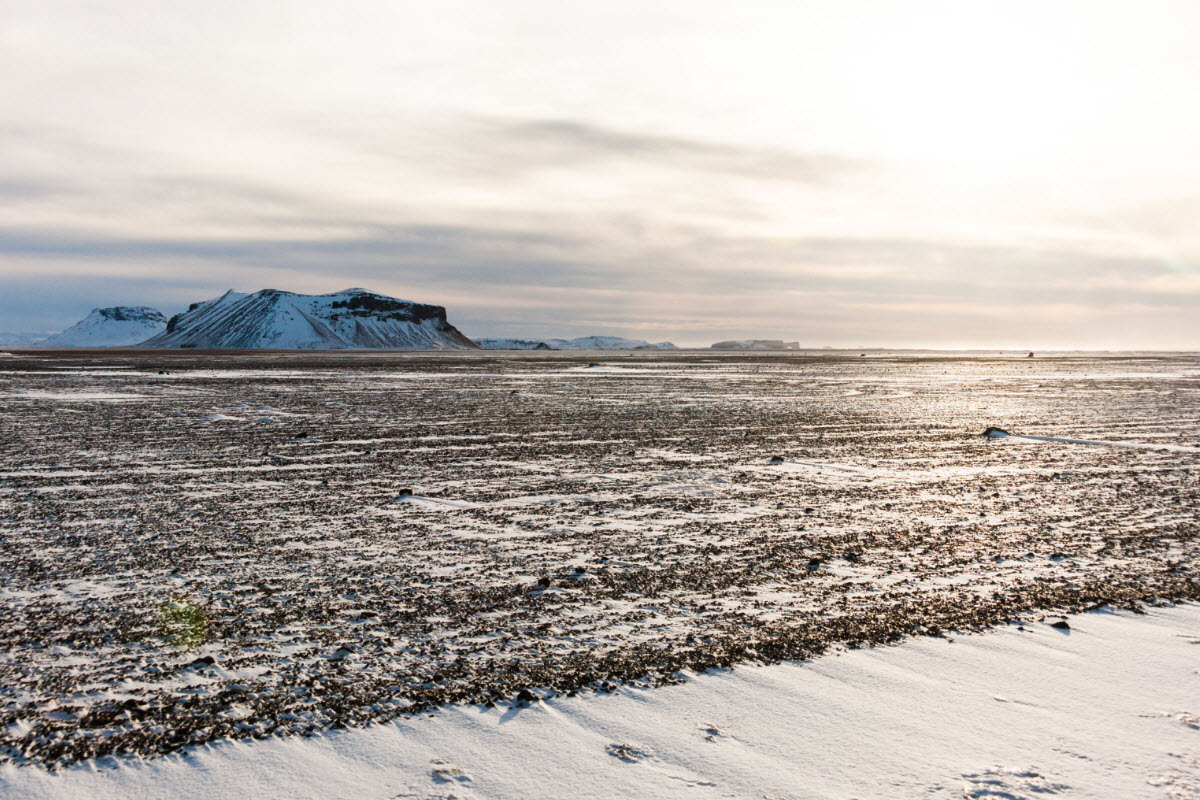 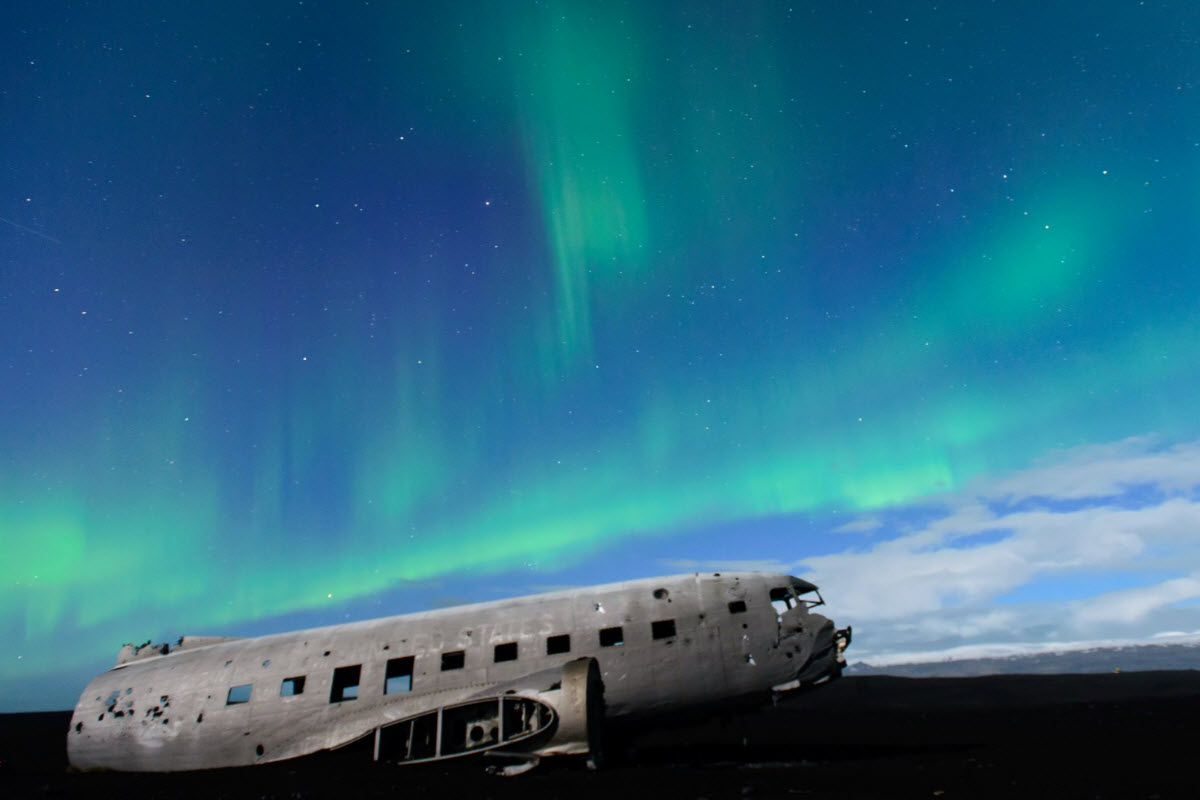 The view over Petursey mountain from Solheimasandur black sand beach

It is prohibited to drive on the beach