No place in Iceland describes the nation's history and culture better than Þingvellir. Þingvellir is a national park located in the south of Iceland and one of the most popular tourist attraction in Iceland.
In the year 930 the icelandic parliament was established at Þingvellir and it was held there until the year 1798. Many of the main events in the history of Iceland happened in Þingvellir and that's why it’s a very sacred place among the people of Iceland.

There were courts at Alþingi from its beginning but during the commonwealth period the executive power was in the hands of chieftains and the individuals. When crime were committed there was no general authority to follow out the sentence so there were no consequences or punishments at this time at Þingvellir. When Iceland fell under the authority of the King of Norway and with the agreement of Jónsbók in 1281, time changed and punishments became more common at Alþingi. In the year 1564 with the legalisation of Stóridómur, the “Great Judgment” punishments became even more common and places like Drowning Pool and Gallows Rock ruled people's fate.

People didn't just get together at Alþingi for the parliament but there were also held many national celebrations and the area was often the center of social life. For example the foundation of the icelandic republic took place at Þingvellir on the 17th of June 1944 and in the year 1974 icelanders celebrated 1100th birthday of settlement in Iceland.

Þingvellir is not only Iceland's greatest historical site but is also a natural wonder on international scale. Because of its importance of geological history it was decided, in the year 1930, to establish the first national park in Iceland Þingvellir National Park and in 2004 Þingvellir became a UNESCO World Heritage site.

The national park is situated on the tectonic plates in a rift valley that marks the crest of the Mid-Atlantic Ridge. Almannagjá is a veritable canyon and the largest crack in the valley that clearly shows the continental drift between the North American and Eurasian Plates. Together with the lake Þingvallavatn, the largest natural lake in Iceland, Almannagjá is one of the park's most impressive feature.

Þingvellir is part of the Golden Circle Route as well as Gullfoss and Geysir. In the park it is possible to find all kinds of hiking trails, camping area and it is very popular to dive in Silfra river (The most popular diving place in Iceland)

For the fans of Game of Thrones this popular TV show is filmed all over Iceland including in Þingvellir.

Þingvellir National Parki is located about 45 km from Reykjavik and is part of the Golden Circle Route. Take Ring Road nr. 1 out of Reykjavik towards the town Mosfellsbær and take road nr. 36 and drive for about 30 minutes to Þingvellir.
Read more about Driving in Iceland. 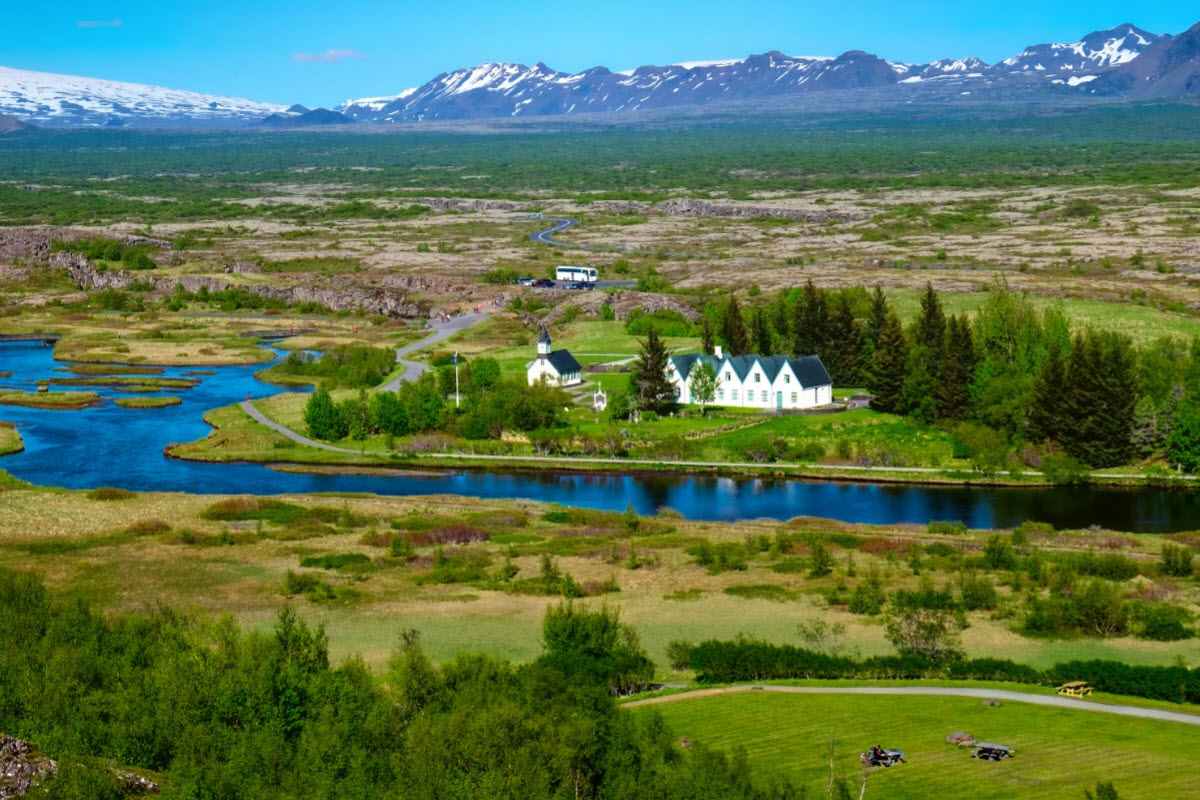 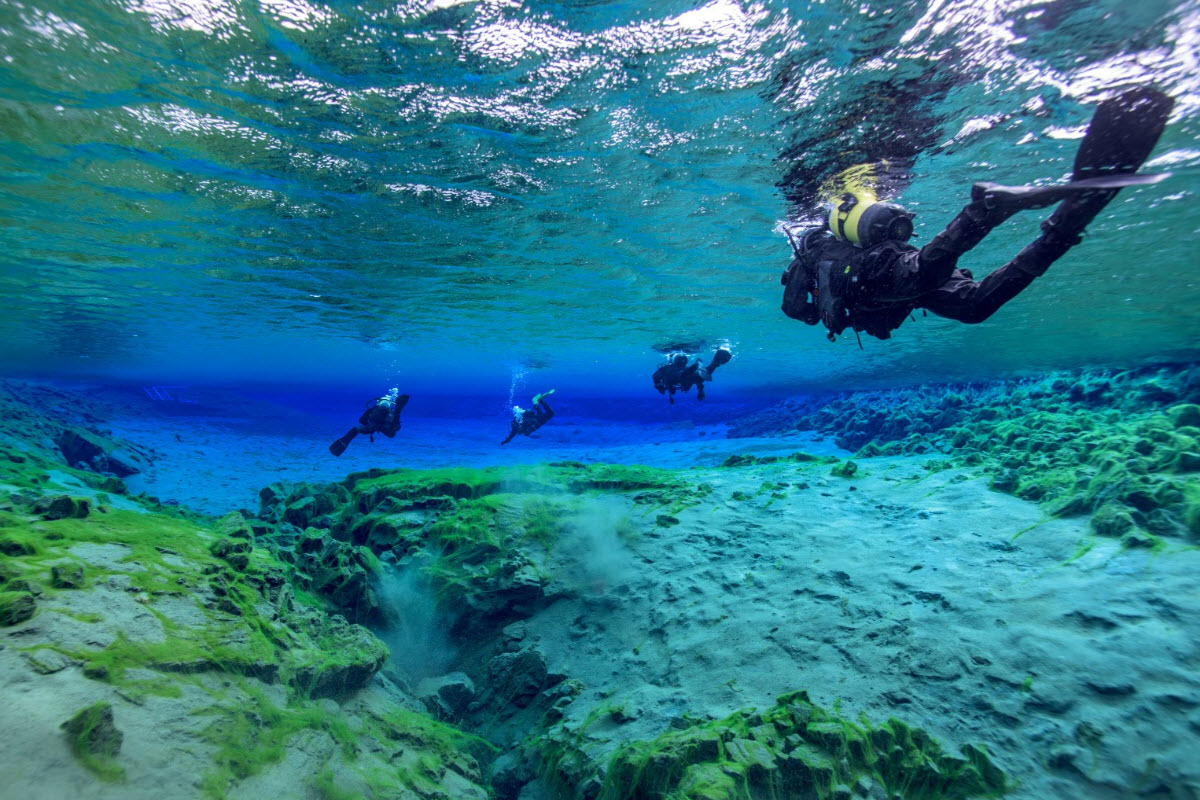 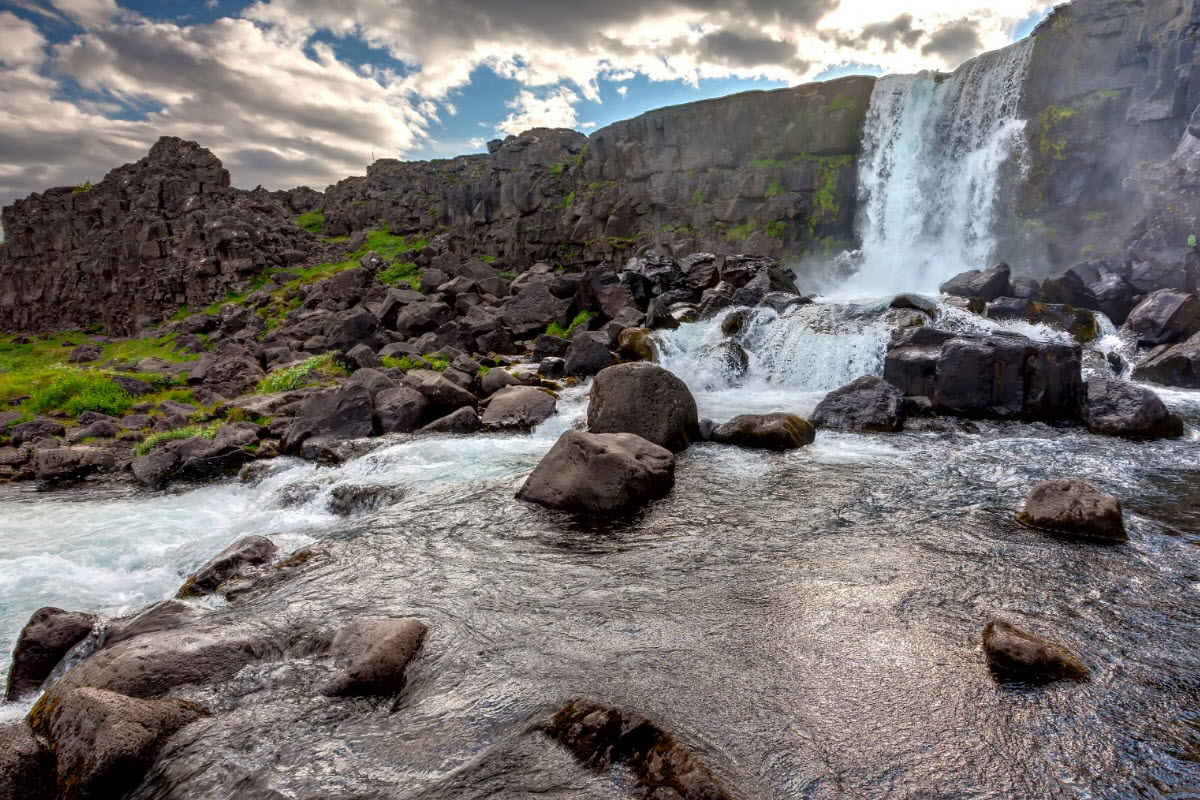 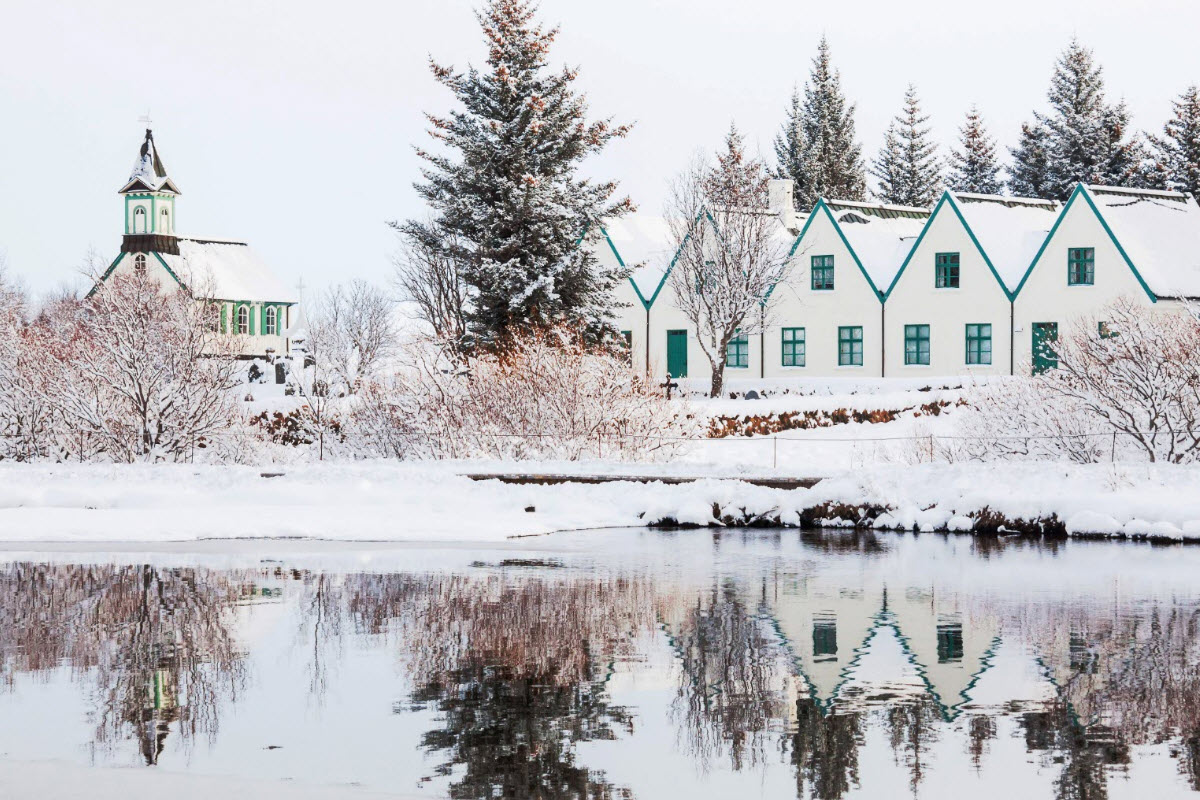 Snorkeling at Silfra in Thingvellir Iceland

The church at Thingvellir National Park during winter in Iceland

Þingvellir is part of the Golden Circle Route

Camping available in the summer