Eldhraun lava field, around the village Kirkjubæjarklaustur in South Iceland, formed during the Skaftáreldar massive volcanic eruption in Lakagígar craters in the year 1783. The lava flowed down the river path of Skaftá river and down to the lowlands at Meðalland and destroyed farmland and farms on the way.

After the volcanic eruption had been going on for some time a new volcanic fissure opened up in the highlands to the North East towards Vatnajokull glacier and the lava started to flow down the river path of Hverfisfljót river east of Kirkjubæjarklaustur and down to the area Landbrot. At that time Kirkjubæjarklaustur was flooded by lava to the east and the west and the lava flow was going closer to the village every day.

During the time of the eruption there was a priest living in the area, his name was Jón Steingrímsson he wrote a diary called Eldritið (the book of fire). The book was about what was going on in the area and he is believed to be the first to write about flowing lava. As well as writing about the process of the volcanic eruption he was also writing about the affects the eruption had on the people in the area where he describes earthquakes, volcanic gas, thunders and lightning, volcanic ash and the lava flowing over everything that was on it's way. For the people it was like living in hell at the time. There was no help to get because the government in Denmark did not receive the news until late after or by the end of Skaftáreldar volcanic eruption.

The priest Jón Steingrímsson is also famous for stopping the lava flow when it was about to flow over the village Kirkjubæjarklaustur. At the time there was a mass in the church in Kirkjubæjarklaustur and he was giving a speech to the people and praying to God to stop the lava flow and the volcanic eruption and to give people hope to continue living there. Right after the speech the Lava flow stopped so the village and the people was saved. From that time Jón got the name Eldklerkurinn (the Fire Priest).

The volcanic eruption in Skaftáreldar was a disaster for the people living in Iceland at the time. It is believed around 22 to 25 thousand people died in Iceland because of the eruption. Most of the livestock died because of small crop. The poison gases from Skaftáreldar affected the climate on the Northern Hemisphere and it cooled down the climate in Europe causing a small crop that affected life of people in Europe so many think that is the reason the French Revolution (1789 to 1799) started.

The lava field of Eldhraun is believed to be around 18 cubic kilometres and it covers around 560 square kilometres of land. The surface looks very beautiful covered with thick green moss mixing in with the sharp lava standing out from underneath. The moss is very sensitive so it is not allowed to walk into the lava field, the best way to explore it is to stop at one of the parking lots nearby the main road.

Due to glacial floods from Skaftárkatlar geothermal area in the Vatnajökull glacier every few years there is a lot of fine sand and dust coming down with the water in Skaftá river, flowing into the lava field and affecting the water flow from underneath, affecting the water level in creeks and rivers in Meðalland to dry out. In the end some parts of the lava field Eldhraun will be flattened down by the sand and dust from the rivers.

Between Kirkjubæjarklaustur and Eldhraun is another oldest lava field related to Eldgjá volcanic eruption from the year 934 forming amazing landscape of small hills and Rootless cones. 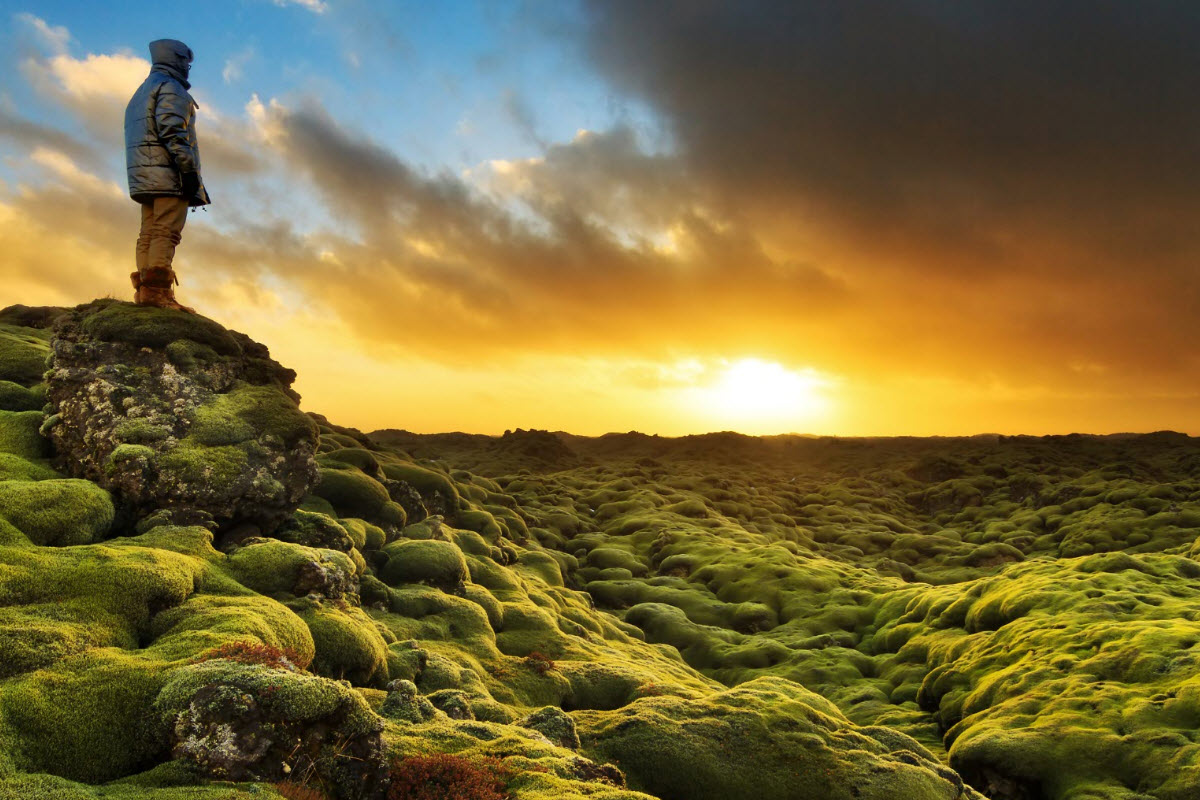 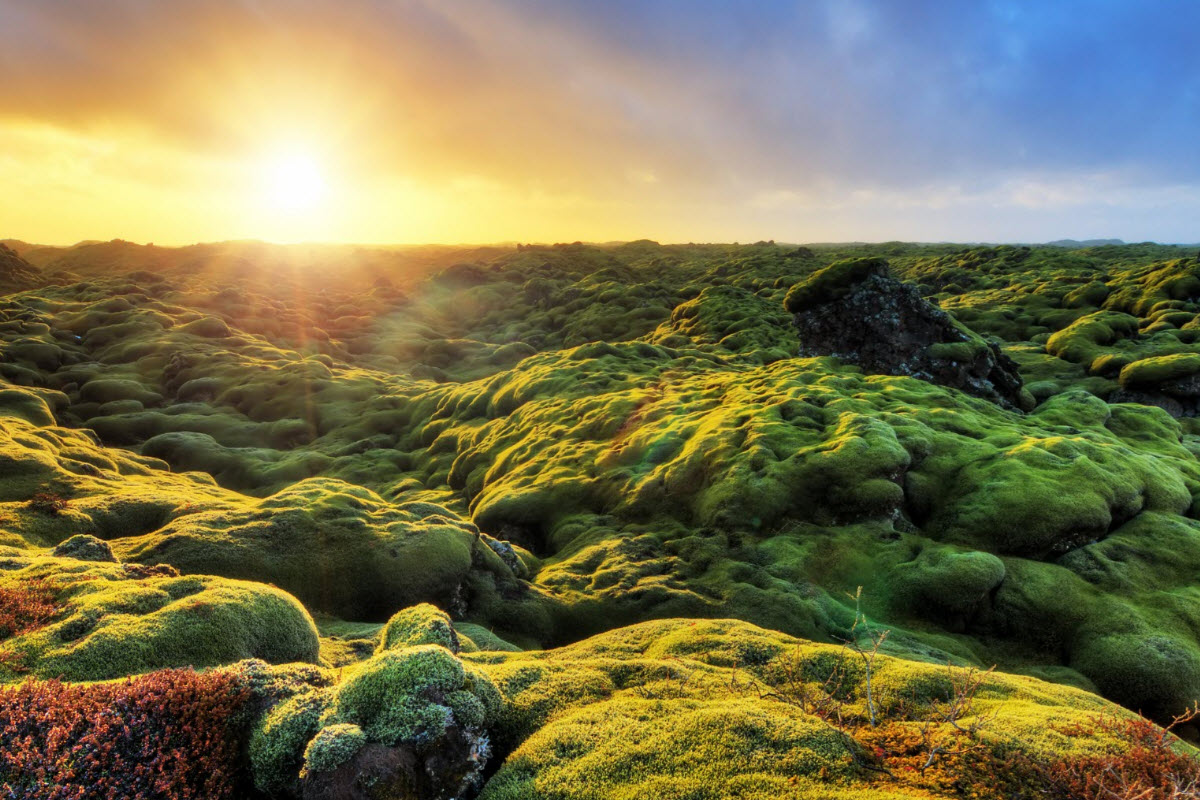 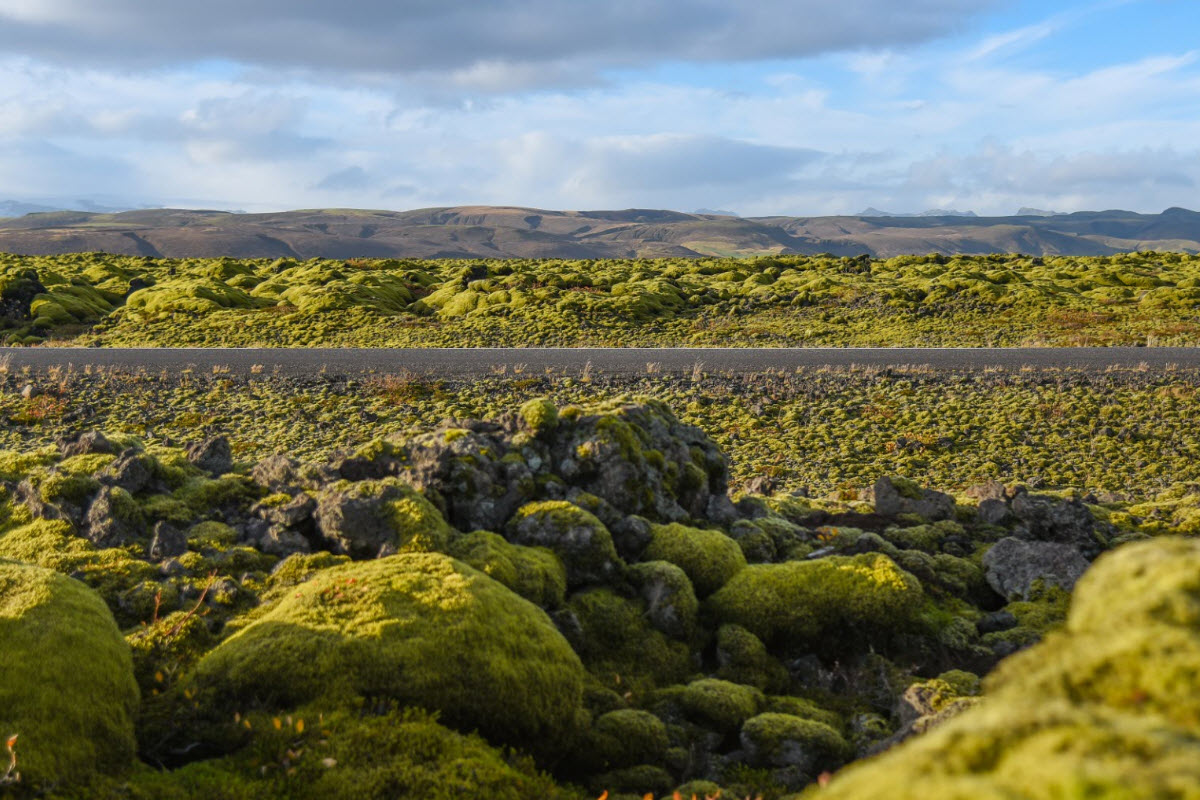